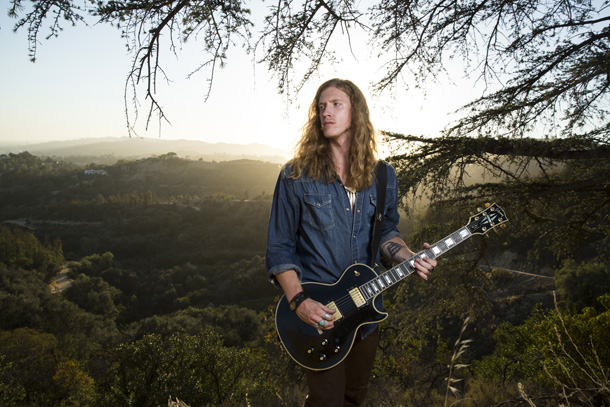 Jared James Nichols is a small town rocker with a very big sound. He is taking his new EP Old Glory and the Wild Revival to the streets this summer. His take on the blues is a refreshing blend of old and new, just begging to be heard. We had the chance to chat with him about his transition from garage to record label, and life on the road.

Who was your greatest influence growing up?

All the blues guitar greats really started it out for me. The first would have to be Stevie Ray Vaughan. But then I moved back to guys like Buddy Guy and Hubert Sumlin, all the way to others like Robert Johnson and Son House. I also drew from your ‘60s and ‘70s guitarists like Eric Clapton and Trower. But the real spring point for me has to be Stevie Ray and the ‘50s chess guitar players.

Who turned you on to the blues?

I was playing in a band at age 14 and doing all the rock covers of the time. And it got boring! It was actually my mom that took me to a blues jam they had every Sunday at a club near Chicago. I had no idea what blues really was. But the band actually let me up on stage and jam out a bit. And that was the point where I realized, this is the shit. The best education I could ask for was just getting up and doing it.

Describe the transition from playing in your garage to a full on studio. What’s it been like working with producer Warren Huart?

It started out so organic. Just figuring out songs and different riffs I wanted to learn. Basically I would take songs and dissect them. Then I got with the band and we would start playing covers of the old blues material. After long days in the garage I’d started to come up with my own style. It took me a while to figure out who I wanted to be as an artist. I moved out to L.A. two years ago, and when I got with Warren, it was a totally different process. He was a real deal cat, we did pre-production sessions, and broke down each track. He told me he wanted to make the recording with my guidance and do it right. But he whipped us into shape to create something pretty great.

With a new EP comes lots of road testing. I see you’re pretty booked going forward. What’s the travel experience been like so far? Favorite moment or sight along the way?

The traveling has been great. I don’t want to say I was made to move (but he was made to move). The way I look at it, it’s still the organic, grass roots way of getting the music out there. This kind of music needs to be played live to get the point across. We’ll probably be out until the end of October.

You recently got to play Buffalo Chip festival in Sturgis. What was that experience like?

We got to open up for Kid Rock and the Doobie Brothers. It was crazy. There was probably ten thousand people there, all motorcycle enthusiasts who had no idea who we were. But right from the first song we won them over. From there on out it was just an awesome experience. I had met these guys at the Long Beach motorcycle show, and they told me to come out and play Buffalo Chip. We did support for ZZ Top, Toby Keith and Tesla as well.

What is your impression of the festival experience versus the intimate club scene?

It’s a different animal, the festival scene. The festival is a more energetic experience. I think the bigger the crowd, the more you have to display. You have to bombard them with the music to get them to stay, while there’s so much going on around. But the crowds can get pretty insane. When the energy level’s up, it makes us perform that much better. It’s also great exposure. That being said, there’s nothing like playing the blues in an intimate club. You can orchestrate the interaction with the audience that much better. Festivals are all crash, bang, boom. But for the blues, clubs are where it’s at.

What has the audience response been to new material on the road?

We’ve had a great response so far. The music is not authentic blues. But then again it’s not just in your face rock. I try and blend my favorite influences into a pot. They see this rocker get on stage, and have their assumptions. But then they see I’m playing all the blues stuff they know, just in a different shade. It’s amazing. The crowds you’d think would be hardcore rock fans really get into it. I’ll break out a Dobro or slide, and they’ll be like, that’s the shit! It’s fun to read emails about a fan that connects with a song. And they’ll see it in a different light than what I wrote it in. But that’s great.

Is there a venue in particular you’ve always wanted to play?

Definitely. I grew up in East Troy, Wisconsin, a small, small town. There’s an amphitheater there called Alpine Valley Music Theater. I’ve seen all kinds of acts there, from the Allman Brothers to Aerosmith. Ever since I started, I’ve always had that in the back of my head. Once I get that gig there I’ll be pretty happy. I’m still working at it but I know we’re gonna get it. It’s always been a dream of mine.

Not many. I do need to spend a little time with my guitar before we go on stage. It’s basically getting back to zero. I have to come back down to the reality of going and performing at my best. We played a gig in Sacramento recently. And the first thing they told me was that every new band breaks a string there. It’s like a curse. I kid you not, I pop a string not even five minutes in. And that guitar hasn’t popped a string in over a year.

I’ve always loved the flying V’s. Albert King and Lonnie Mack are two of my favorite players, and they were V guys. But right now the guitar of choice is a recently acquired Les Paul. The body dates back to ’58, and all the hardware is mismatched from the ‘60s. That guitar has a mind of its own. From the moment I picked it up, I knew it was a special one. I had to trade all this stuff to get it. But it was screaming my name. That’s actually what the whole EP was recorded with. And that’s also what I named the EP after, this “Old Glory.”

If you had to describe your sound in a sentence, what would it be?

It would have to be blues power and the wild revival. Basically all the great blues I love from the past from the Mississippi to the Chicago styles. It’s me putting a spin on it adding my own person style.

Definitely “Hideaway” by Freddie King. That has to be the top one in my head. If I just pick up a guitar, I’ll start playing that song. We’ve also been covering “Rock Me Baby.” That song has been covered by so many people. We’ve probably done it in twenty different versions, from B.B. King to Hendrix. Anything by Earl Hooker or Muddy Waters, of course. That’s like reading out of the book. We recently started breaking out “Mississippi Queen” by Mountain. People started going nuts, especially at Sturgis. 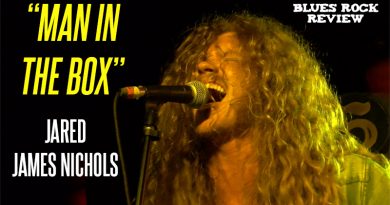 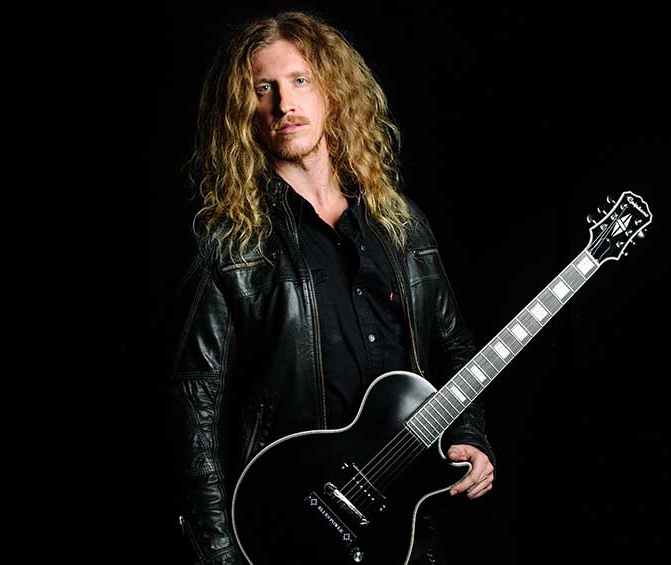 Jared James releases “Threw Me To The Wolves” lyric video