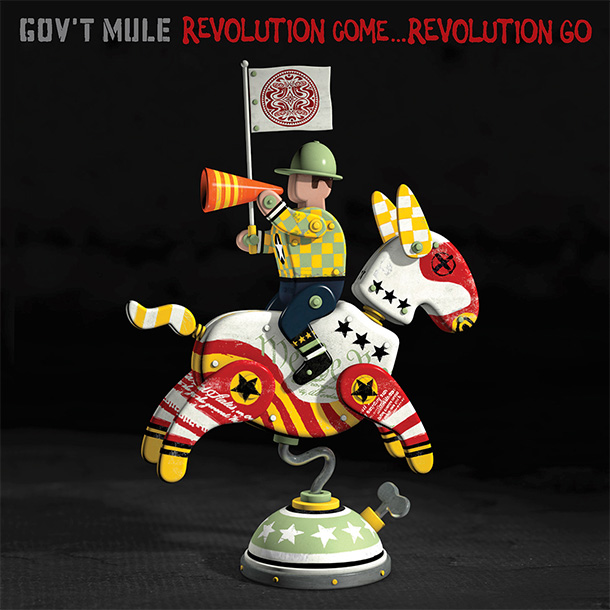 Revolution Come…Revolution Go is the newest studio album from Gov’t Mule. It’s the first with new material in four years and features Warren Haynes on guitar and vocals, Matt Abts on drums, Jorgen Carlsson on bass and Danny Louis on keyboards and guitar. This is the third studio album with this lineup that has been together since 2008. The combination of rock, blues, funk and soul remains innovative and dominant on Revolution Come…Revolution Go. The band started to record on last year’s Election Day and it is undeniable that it affected and influenced the perspective of the album. Guests include Rey Arteaga, Sheree Smith, Angela Miller, Lauren Cervantez, Alecia Chakour, Jasmine Muhammad, Bobby Allende and Jimmie Vaughan. The album was produced by Warren Haynes, along with Gordie Johnson and Don Was, and recorded in Austin, Texas.

Revolution Come…Revolution Go opens with “Stone Cold Rage,” an uptempo rock song that expresses anger with a sense of sarcasm and humor on the lyrics. The song has a terrific riff and some funk styled guitar with the wah pedal. It’s always nice to hear an album with such quality and excellent production. The band’s talent and versatility overflows throughout the album, specially on songs like “Drawn That Way” and “Sarah, Surrender.” The political “Pressure Under Fire” develops into an emotional guitar solo by Haynes. It’s not a political record, there’s also love songs like the soulful ballad “The Man I Want To Be” and the countrified road song “Traveling Tune.” “Thorns of Life,” “Revolution Come, Revolution Go” and “Dark Was The Night, Cold Was the Ground” are the three centerpieces of the album from a musical point of view. Those songs are absolutely amazing, a real unpredictable journey. “Dreams & Songs” is a powerful and touching song and “Easy Times” a slow and reflective one. “Burning point” is the most blues based track and has the guitarist Jimmie Vaughan adding his blues rock style to the song.

Warren Haynes discography includes many bands and projects, but it seems that with Gov’t Mule he is more committed to show his best work. As a band with multiple influences they brought all this to surface due to the chemistry between the four members. The result is one of the most diverse albums of Gov’t Mule’s career. The band’s legacy remains unshakable. 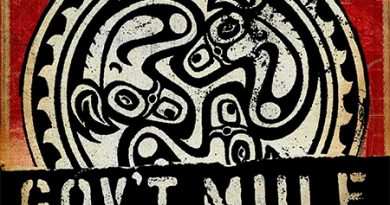 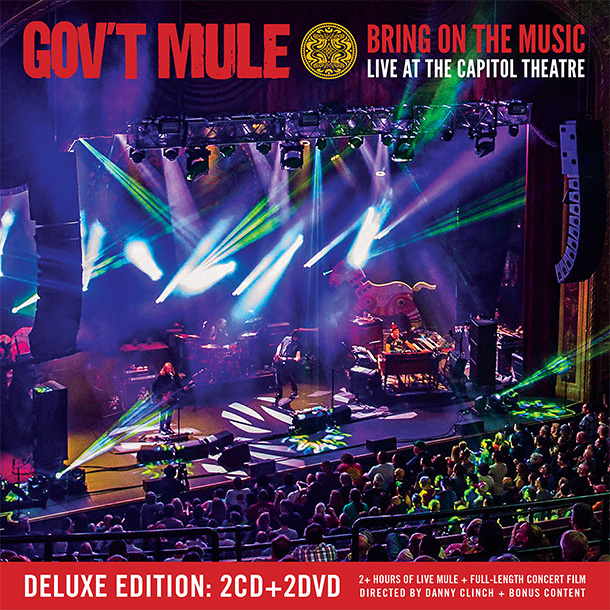 Gov’t Mule announce Bring On The Music: Live At The Capitol Theatre