Dudley Taft has yet again proven his staple in today’s blues rock scene with his upcoming album, Deep Deep Blue. After several projects came and went, Taft formed a band under his own name in 2006. His current album builds on his debut, Left For Dead, with countless hit after hit. Taft’s classic rock approach garners uncanny comparison to past greats. Taft embodies the eclectic bluesy style of a Clapton or Beck, with the edgy vocals of a Billy Gibbons. Deep Deep Blue is one hell of a ride, start to finish.

Taft’s meticulous guitar playing carries each track to another dimension. With the addition of bass, keys and horn, the band blends seamlessly, rolling out one catchy rhythm after another. Songs like “Sally Can’t Dance” and “Feeling Good Now” start off with the intricate flare of Taft’s guitar; the hook, line and sinker that leaves you wanting more. The songs only take off from there, building on each riff with rhythm and bass. “Feeling Good Now” features trumpets, offering yet another layer to the band. Taft’s guitar seems to weave throughout, an interlude between licks. “Satisfy You” comes on heavy with a distorted intro, alluding to a groovy verse, led by John Kessler on bass. Drummer Scott Vogel shines on the intro to “Meet Me in the Morning.” The big hit, “Wishing Well,” highlights Taft on acoustic to begin, making way for a killer solo and catchy harmonized chorus.

Dudley Taft seems to have found solid ground with his new band, and they are picking up the pace with Deep Deep Blue. Chock full of hits, the album is a definitive fan pleaser, each track a riff driven rock anthem, with two feet in the blues. Taft’s talents are streamlined to our ears for a refreshing ode to classic rock and roll. 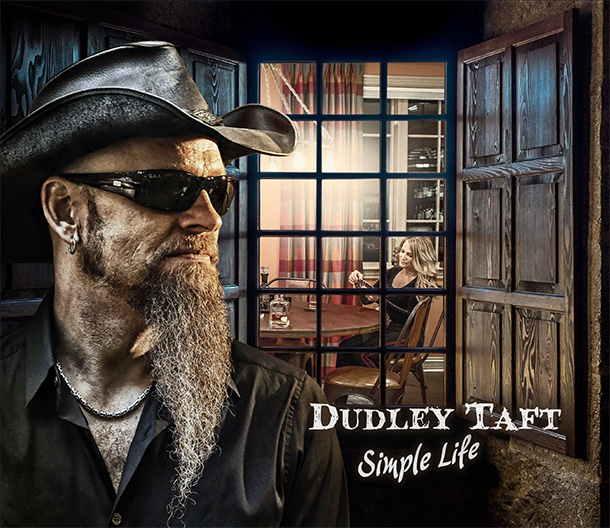