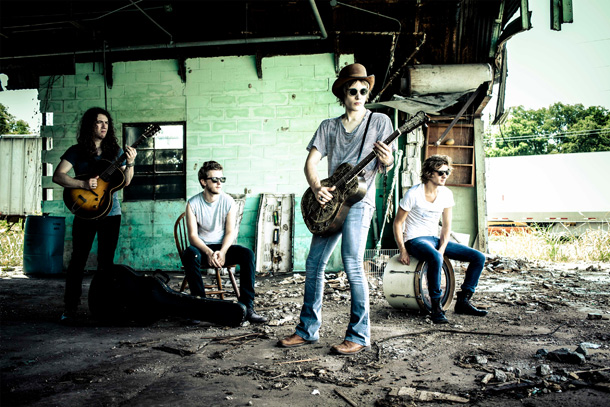 Tyler Bryant and the Shakedown are gearing up for some major touring pending the release of their full-length album Wild Child on January 22. We were able to snag a some time with Bryant over the phone during his busy pre-release schedule to discuss the state of the band, the vibes of the new record, vinyl acquisition, and future plans.

How has the year treated you guys as a band? You’ve been fairly busy, haven’t you?

Yeah, we’ve been crazy busy. You know, 2012 was really really great and then it got kind of tough for us also. I feel like when you’re in a band you go through highs and lows and when it’s really good it’s like the best thing in the world. But then it’s like just a little bit of bad will make you feel like the world’s ending. We were going through things where we were in the studio, we were working with producers, and we were working with people, you know? We had never really done that before. We were used to doing everything on our own. It was the first time we had ever signed a record deal, so we were really excited about that. But when we got in the studio we were working with outside people who hadn’t been with Caleb [the drummer] and I for four years. Whenever you bring someone new in, especially producers, it’s almost like they’re a band member. And so we tried a lot of different things. It’s like when you’re getting ready for high school prom: You try on a bunch of different suits looking for the one that fits. It didn’t seem like we were finding the one that fit just right. So we finished this record that we worked for about three months on and we had kind of gotten ourselves a little bit excited about it but there was still something that was going “I don’t know if this is good or not, I don’t know if this is good.” And when we finished, Calvin [the bassist] quit the band, so we were all just a little bit like “Is this even real?” We were all just really kind of bummed out. So we went back to Nashville and started auditioning bass players. After about 25 bass players we found Noah Denny and we decided that we were going to go ahead and make just a rock and roll record that was going to be live and loud and bad to the bone. And so we did it in 13 days and that was whenever I was starting to feel like “Alright, 2013, that’s our year. It’s time for us to like get this going.” With all of that, all the stuff that kind of slowed us down, it only inspired us to go out and be better. And we got to tour, we made a lot of great fans in 2012.

You guys have spent some serious time recording and getting this next album ready. How does it feel to be so close to the release?

Very exciting man, I haven’t been sleeping a lot [laughs]. Yeah, I’m really excited for people to hear it. It’s like we’ve spent a lot of time recording, but we spent 13 days making the actual record that people are going to hear. The stuff that we spent a lot of time on sounded like we spent a lot of time on it and so we’ve basically made three records in this process, but luckily everyone at Carved Records and EMI have been super supportive of us making a record that sounds like we do live. We ended up going in in Nashville putting it all to 2-inch tape. We didn’t really use any studio magic, we just kind of did it and I’m really excited about it. I picked up the first vinyl two days ago and I came home and I turned my speakers up as loud as they would go and I sat and listened to it. It was so cool to actually hold something that doesn’t only exist on little voice memos. It’s just like it’s actually real and I’m excited for people to get their hands on it and start spinning it.

Is this your first release that’s coming out on vinyl?

It’s so cool because I’m a massive vinyl junkie. I just stuck ours up there on the shelf last night and started writing new songs. As an artist to release music you can move on from that music and you can start writing new stuff and it’s a very freeing feeling because it’s like “Okay, I’m done with that. What am I going to do next?” I mean, of course we’re going to go out and tour these songs. There’s three songs on the record that we previously released that the label wanted us to re-release and the rest are all brand-new.

In my review, I noted that Wild Child has a bit of a shift from the previous album in terms of scale. How has your musical style changed the most since From the Sandcastle?

I feel like it’s a little bit rootsier. There’s a lot of slide guitar. And you know also, bringing Noah into the band completely changed the attitude of the band because he’s a completely different player than Calvin was. And he’s kind of got an attitude with the bass guitar. When he came in and auditioned he was the one guy who just seemed like he didn’t even care about us or what we were doing. It was like “You got the gig.” I feel like the whole record has more of an attitude to it. It seems more confident to me than anything else that we’ve done. Like “Say a Prayer” from From the Sandcastle. I love that recording. That was recorded down in my basement actually, where I am now. Kind of funny. But we had to redo it so we went in and re-recorded it and we didn’t spend very long. We played it three or four times and then we were like “Great, next song.” But just listening to that I feel like when the chorus hits, the groove sinks in so much deeper because we’ve played so much as a band and we’ve played so many shows. We’re not using a click track, so Caleb is controlling the tempo there. I love how it speeds up and slows down. When a lot of people are making records they’ll go “Alright cool, so we’ll get the click track timed out for this song and that way the tempo is perfect throughout the whole thing.” But there’s a lot of songs on the record where Caleb is controlling it and you get the energy once it starts speeding up and then once it starts slowing down your head is just like involuntarily banging, you know? That’s what really gets me about it. The first song we recorded for the record was “Downtown Tonight,” which is a completely different vibe from anything that we’ve done. And right when Caleb kicks in right before the second verse that was the moment for me, going “Alright, we’re about to make a killer record.” I feel like this record was everybody kind of coming into their own a little bit for this year at least. It’s just like where we are right now.

So it sounds like you guys are enjoying having recorded the new album, but what are you hoping that fans will get out of it? How do you want it to affect them?

Oh man, that’s a tough one. I want them to enjoy it as much as I did when I was making it. There’s three songs that we re-recorded so I hope they like the new recordings of those. I know I do, but I just want them to be able to relate to it. I want them to get the attitude of it and to kind of just be able to get lost in it. When I was a kid, driving to school every morning was the best time of my day because I’d roll down my windows and I would turn my stereo up as loud as it would go and it would either be The Black Crowes or Jimi Hendrix or, you know, Tom Petty. It was all these different things and that was the playlist of my day and it felt like that was home and I want this to feel like that to our fans, you know? And I know a lot of them already know the songs because they’ve been coming out to shows. We’ve been playing all these songs live and they’ve been coming out to shows and singing the words. We took into consideration what they wanted too as far as songs go. People would come to shows going “I really want “Still Young” on here.” And that was a song that we weren’t really thinking about cutting but it seemed like lyrically that was something that people were relating to and it totally fit the vibe of Wild Child and we wanted to make an honest record that our fans could relate to in one way or another. Like “Poor Boy’s Dream.” That’s for every kid just like me who stays up all night listening to records and playing guitar and can’t think about anything else. So I just want them to relate to it and live their lives to it.

So what are you guys going to do on release day?

Oooh, it’s going to be a big day. You know, I’m not really sure exactly what we’re going to do beforehand but I know that we’re going to just blow the roof off the Viper Room in Hollywood, California. We’ve got rehearsals starting today which will be awesome. We’ll have the CDs with us and hopefully we’ll have the vinyls with us. So that’ll be the first time we get to see people getting them.

You mentioned earlier about the freedom that comes from finishing something so you can look forward to what’s next. What’s next for the band?

For the majority of this year we’re going to be touring and promoting Wild Child and I’ve already told my manager that hopefully by the end of the year I can start working on the next record because I’ve just been writing so many songs. We were on the verge of going in and recording three more songs to go as contenders on Wild Child to either replace songs or to add more. And then finally everyone who worked with us was like “Guys, it’s enough. It sounds good, it’s great. Save it for the next record.” So we’re constantly thinking about new material and all that stuff, but right now we’re just getting ready and getting prepared to dive into radio tours and full-on touring. We’re going to be wearing ourselves out for sure.

I sure hope it’s fun.

We have a blast. We have too much fun. 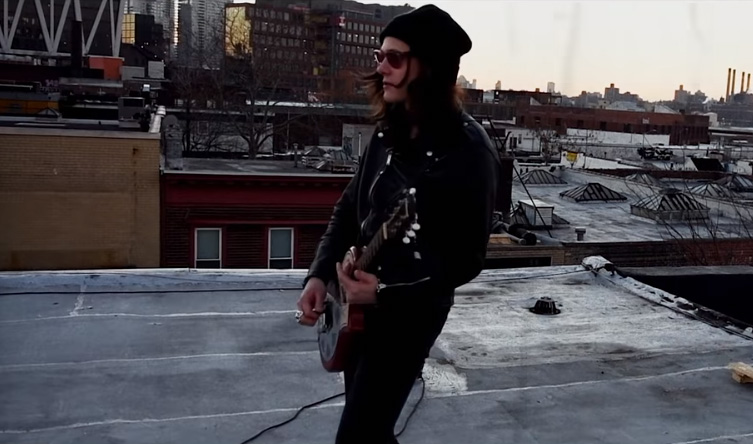 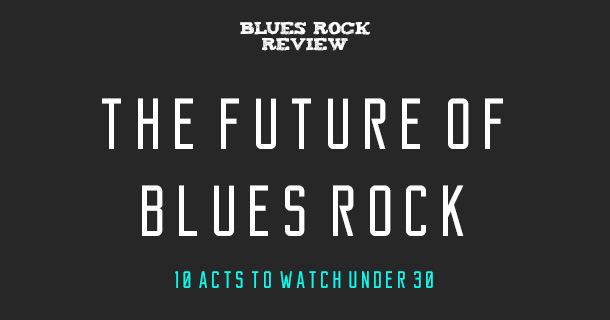 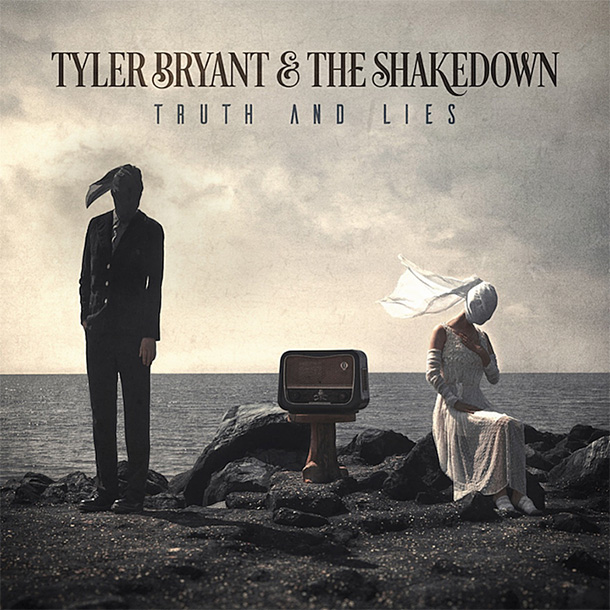 Tyler Bryant and the Shakedown: Truth and Lies Review

One thought on “Tyler Bryant Interview”