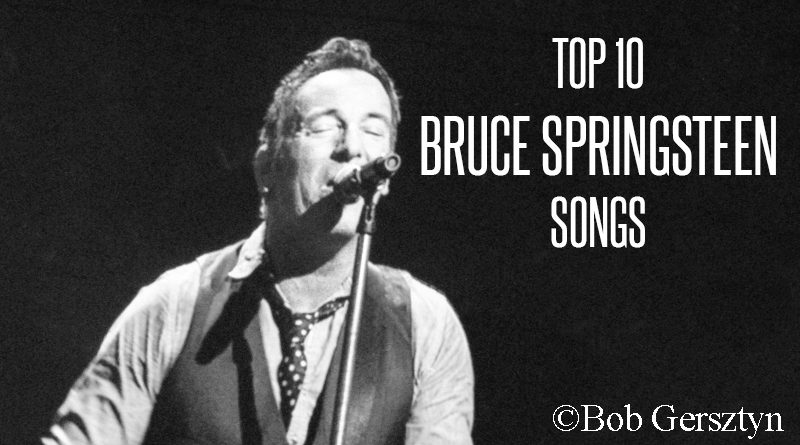 Bruce Springsteen is an artist whose songs explore the emotions of ordinary people and expresses them in his songs with such clarity and pathos that they often evoke tears of empathy. He was born in Long Branch, New Jersey on September 23, 1949 and was raised a Roman Catholic. His father was a bus driver and his mother was a legal secretary. He had two sisters, one older and the other younger than him.

He first became interested in music at the age of 7 after he saw Elvis Presley on television. He began playing guitar when he was 13 and in 1965 he became the lead guitarist for the “Castiles” and eventually became the lead singer as well. The band recorded a couple of songs and then Springsteen began playing with local musicians Steven Van Zandt and Danny Federici until he was signed to “Columbia Records” in 1972 and released his debut album Greetings from Asbury Park, N.J. After releasing his 2nd album The Wild, The Innocent and the E. Street Shuffle his band was re-named the “E. Street Band. Born to Run was Springsteen’s 3rd album featuring the hit title song of the same name that was released in August 1975. After he was featured on the covers of both “TIME Magazine” and “Newsweek” of that year his popularity increased exponentially.

Over the decades he has released 20 studio albums and over 30 “Live” and compilation albums. His output over a half century has received dozens of accolades including 20 “Grammy Awards,” 2 “Golden Globes,” 1 “Academy Award,” 1 “Tony Award” and he was inducted into the “Rock & Roll Hall of Fame” in 1999.

The following list of his 10 best songs is based on a combination of both the song’s popularity and this writer’s opinion.

Bruce Springsteen wrote “Streets of Philadelphia” at the request of director Jonathan Demme for the opening sequence of his film starring Tom Hanks, Philadelphia. Bruce recorded the song in New Jersey at his home studio using a synth/keyboard and submitted it to Demme as a demo. It won an “Oscar” and 3 “Grammy Awards.” It was included on his Greatest Hits album that was released in 1995.

“Racing in the Street” is on Bruce Springsteen’s fourth studio album Darkness on the Edge of Town which was released in 1978. It’s an anthem written as a hymn sung in the cathedral of street racing a couple of decades before The Fast and the Furious. The main character of the song owns a 1969 Chevy with a big block 396 cubic inch engine that he and his “partner Sonny built …straight out of scratch.” He dreams of leaving the dead end life that is killing him and his girlfriend by becoming a successful drag racer.

“The River” is the title song from Bruce Springsteen’s 5th studio album that was released in 1980. Bruce wrote the song after talking with his brother-in-law about losing his construction job that he had supported his wife and child with. The song is biographical about his sister and her husband’s early days and how they got married. It was also influenced by the song “My Bucket’s Got A Hole In It” by Hank Williams.

“Lucky Town” appeared on the 1992 album of the same name and it was created and recorded immediately after the recording sessions for Human Touch and both albums were released the same day. It was one of the 3 songs that Springsteen performed on his 1st appearance on “Saturday Night Live” in 1992. The album was completed during the final months leading to and immediately after the birth of his 2nd child. The song is a stripped down hard rocking joyous romp declaring that:

“when it comes to luck you make your own.”

“Darkness on the Edge of Town” is the title track from Springsteen’s 4th album released in 1978 after the success of Born To Run released in 1975. Unfortunately after his success he became embroiled in a lawsuit with his first manager that prevented him from recording for 2 years. When he finally settled the legal issues and began to record again the album reflected the darkness of that time period in his career with a glimmer of light at the end of the tunnel. The song itself is the theme of the entire album which is about being beaten down but not giving up and using the circumstances as a catalyst for personal transformation.

“Badlands” is the lead song on Springsteen’s 1978 release Darkness on the Edge of Town. The title for the song was inspired by a poster advertising the 1973 film of the same name staring Martin Sheen and Sissy Spacek. The theme of the song was completely opposite of “Born to Run.” Rather than running away to find a better life the primary character and his girl stay where they are and work to try and turn things around.

“Thunder Road” is the opening song on Springsteen’s breakthrough album Born to Run released in 1975. It establishes the theme of the album which is escaping the limits of a mundane life for the open road. The song title was inspired by a movie poster advertising “Thunder Road,” the then popular 1958 cult film about bootlegger’s driving “souped-up” cars starring Robert Mitchum. From the opening line to the final 1 minute instrumental finale it sets the pace for the rest of the album and has been a popular favorite that the Boss regularly performed in concert.

“The Rising” is the title song of Bruce Springsteen’s 12th studio album released in 2002. It was his comeback album with the “E Street Band” after nearly a 2 decade hiatus as well as well as his first studio album since The Ghost of Tom Joad in 1995. The entire album was written and recorded in the aftermath of the 9/11 attacks and was influenced by those events. The song won a “Grammy Award” for “Best Rock Song” and “Best Male Rock Vocal Performance” as well as being nominated for “Song of the Year.” The songs lyrics are from the perspective of a firefighter ascending one of the burning towers after the planes hit it.

“Make my way through this darkness…

Come on up for the rising”

“Born to Run” is the title song of Bruce Springsteen’s 3rd album released in 1975 that catapulted him into rock stardom. He wrote it when he was 24 years old sitting alone in his bedroom in Long Branch, New Jersey. The song follows the theme of escaping from the limitations that we find ourselves trapped by. Many of Springsteen’s songs contain girl’s names that he said were composites of real people that he knew. In this case, it was Wendy as it had been Mary in “Thunder Road” to who he declares his undying love in the lyrics.

“I wanna die with you, Wendy, on the street tonight

In an everlasting kiss.”

“Born in the USA” was the title song of Bruce Springsteen’s 1984 hit album and is one of his most misinterpreted songs. This is because of its patriotic sounding enthusiastic chorus sung as a “rollicking rhythm” that many, including President Ronald Reagan, mistook for patriotic pride. The song itself is an indictment against the way that returning Vietnam veterans were treated when they returned after the war. Springsteen wrote it after he read Born on the Fourth of July, a memoir of the Vietnam war by disabled veteran Ron Kovic. In 1988 it was even misinterpreted by an audience of 160,000 in what was then Communist East Germany.  Springsteen and the “E Street Band” appeared as the first American rock band ever allowed to perform there. The crowd of Communist youth raised clenched fists and flashed makeshift American flags as they enthusiastically “thundered as one,” singing “Born in the USA.” It was also the first mass produced CD when it was released and sold 18 million copies. 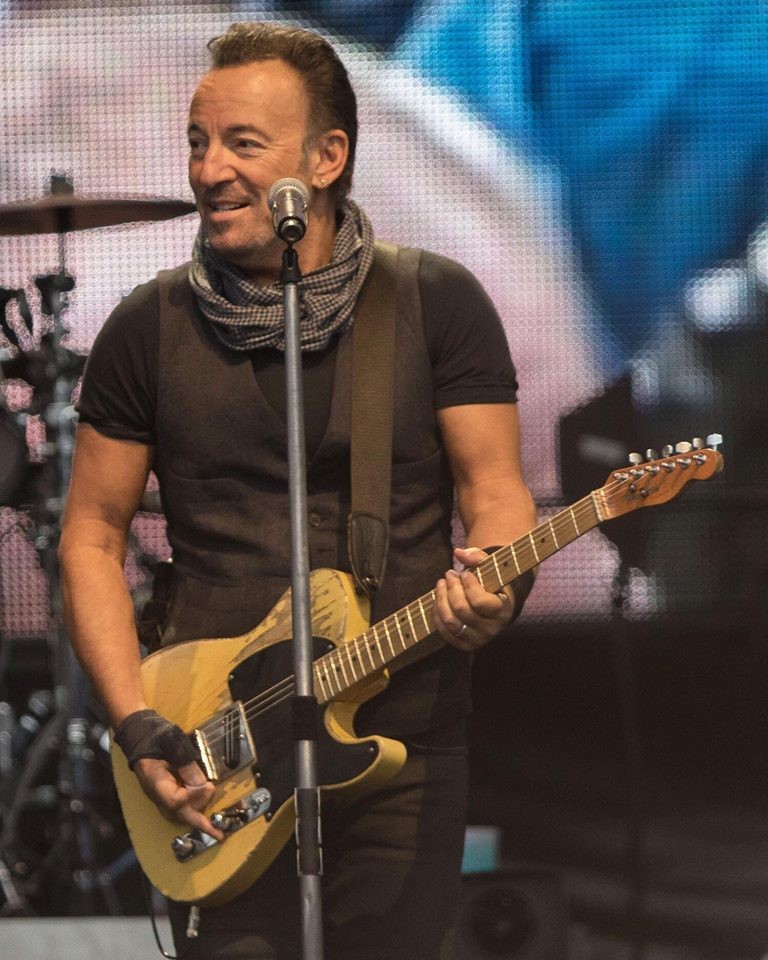