The Allman Brothers Band are one of the most influential rock bands of all time. Founded in Jacksonville, Florida in 1969, The Allmans were pivotal in the development of what came to be known as southern rock, even though their mix of genres like blues, jazz and country defied labeling. The band’s original formation consisted of organist/lead vocalist Gregg Allman, bassist Berry Oakley, drummers Butch Trucks and Jai “Jaimoe” Johanson as well as guitarists Dickey Betts and Duane Allman. This line-up released very strong studio outputs, even though it was their inspired live performances, which included extended instrumental improvisations, that really made possible the group’s rise to stardom in the early ’70s.

However, the untimely deaths of Duane Allman, in 1971, and Berry Oakley just a year later, as well as escalating drug addiction, exacted a heavy toll on the group, which collapsed and disbanded in 1976. Eventually reforming in 1978 and, despite occasional ruptures, remaining active until 2014, the band ended their storied career after a final show at the Beacon Theatre, New York. Standing the test of time and tragedy, The Allman Brothers Band still remains as one of the premier blues rock acts of all-time.

Released in 1979, Enlightened Rogues marks the band’s return after the federal drug case that shattered the group’s foundations and culminated in the arrest of road manager Scooter Herring. In addition to original members, the album includes bassist Dan Goldflies and guitarist Dan Toler as replacements. Highlights are the catchy blues rocker and minor-hit “Crazy Love” as well as the inspired blues numbers “Blind Love” (originally by BB King) and “Need Your Love So Bad” (originally by Little Willie John).

Released in 2003, Hittin’ The Note is The Allman Brothers’ last studio release and the only not to include guitarist Dickey Betts. Additional personnel includes Mark Quinones on percussion, Oteil Burbridge on bass, and Warren Haynes and Derek Trucks (Butch Trucks’ nephew) on guitars. This line-up manages to, once again, revigorate the Allman’s classic sound, while managing to retain the band’s signature style. The resulting material features the funky blues rocker “High Cost Of Low Living” and the colossal slow blues numbers “Desdemona” and “Heart Of Stone”. Hittin’ The Note is a very satisfactory final release that lives up to the band’s enormous career. 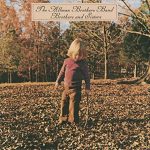 Released in 1973, Brothers And Sisters is the Allman Brothers’ most commercially successful album and the first of their releases not to feature guitarist Duane Allman. For the most part, it also does not include bassist Berry Oakley, who died not long after recording sessions started. Pianist Chuck Leavell and bass player Lamar Williams were brought as replacements. With the absence of Duane and the debilitating substance abuse of Gregg, guitarist Dickey Betts took the front seat regarding songwriting, which resulted in a more country, accessible sound. Outcomes of this approach include the hit-single, era-defining number “Ramblin’ Man”, with its catchy vocals and tremendous lead guitar work and the uplifting, virtuosic instrumental cut “Jessica”. Despite the aforementioned more country-focused approach, the album still manages to include a slow-blues tour de force in “Jelly Jelly”.

Released in 1994, Shades Of Two Worlds is perhaps the group’s bluesiest album. A follow-up to Seven Turns, the record, which has the same line-up as the previous release, offers a strong set of songs that reflect the enthusiasm of guitarist Warren Heynes, that, along with Dickey Betts, takes hold of the album’s songwriting. The standout tracks are the phenomenal bluesy rocker and protest song “Desert Blues”, the fierce slow blues cut “Get On With Your Life” and the jazz fusion, progressive rock instrumental piece “Kind Of Bird”. The closing number, a cover of Robert Johnson’s “Come On In My Kitchen” is also noteworthy, as the band makes the delta blues number their own.

Recorded live in 2003 at the Beacon Theatre and released a year later, One Way Out is, perhaps, the best representation of the band’s music in the 21st century. The album, whose line-up is the same as in Hittin’ The Note, has the band blending classic songs with newer releases while maintaining the tradition of long jams. The main difference in the musical method of the album is that the guitar duo of Haynes and Trucks lay aside some of the Allman and Betts’ jazz-like intricate exchanges to focus on a bluesier, more intense approach, even though some of the tracks still maintain parts of these more complex elements. Besides fresh interpretations of classics like Blind Willie McTell’s “Statesboro Blues” and “Whipping Post”, some of the highlights of the 18-track record include a slow-burner version of “Desdemona” and the forceful rocker “Every Hungry Woman”.

Released in 1970, Idlewild South, the follow-up to the band’s debut, takes an even more intricate and diverse approach than its predecessor and includes the first hints of country in the band’s music. The result is a short, yet satisfactory body of mature songs like the timeless classic and southern-rock foundation stone”Midnight Rider”, the jazzy instrumental epic “In Memory Of Elizabeth Reed” and the vigorous, fast-paced and heavy on drum fills version of Willie Dixon/Muddy Waters’ “Hoochie Coochie Man”, the only studio vocal by Berry Oakley in the band’s career. The honorable mention is the soft ballad “Please Call Home”. Although sometimes underappreciated,  Idlewild South is not only one of the Allmans’ strongest releases but also a highlight in classic rock as a whole.

Released in 1969, The Allman Brothers Band is the eponymous debut album of the southern blues-rock masters. Albeit poor original reception, the album is one of the strongest studio offerings in the band’s history. More blues-based than some of the group’s later releases, the record presents a number of unique compositions that highlight the band’s jazz and blues influences as well as the band members’ expertise, especially Duane Allman and Dickey Betts’ brilliant guitar playing. The standout tracks are the brooding slow-blues cut “It’s Not My Cross To Bear”, the spirited blues rocker “Trouble No More” (originally by Muddy Waters) the jazzy, haunting epic “Dreams” and the album’s closer, “Whipping Post”. Famous for its introductory bass riff, soulful vocals and blazing guitar work, the song would later become a vehicle for long improvisational jams at the band’s concerts.

Released in 1972, Eat A Peach stands as one of Allman Brothers’ defining moments. The double-length release includes some live tracks recorded at the Fillmore East concerts that were unreleased at the time, as well as studio takes recorded before and after Duane’s unfortunate death. The result is varied and extremely satisfactory as both the longer, jam-like and the shorter, more accessible tracks blend nicely to craft a timeless classic, which is, at the same time, a tribute to Duane Allman as well as his very own swan song. Some of the highlights include the hard-driven blues rocker “Ain’t Wasting No More Time”, the pop-infused, soft rock cut “Melissa” and the monstrous, 33-minute instrumental track “Mountain Jam”. But the album’s most enduring contribution is definitely Dickey Betts'”Blue Sky”. Distinguished by an astonishing lead guitar interweave between him and Allman, the melodic, country-infused song leaves its mark as one of the finest compositions of the ’70s.

Recorded during two dates in 1971 at the famous New York City venue and released a few months later, At Fillmore East is widely regarded as one of the best live offerings in the history of music. The double album has the band at their zenith as they mix blues, rock, and jazz in long, extended instrumental jams, in which the fine-tuned rhythm section lays the jazz-like foundations for the marvelous organ, guitars and harmonica interplay as well as Gregg Allman’s distinctive, world-weary vocals. Kicking off mightly with the slide-guitar fest “Statesboro Blues”, catching fire with probably the definitive version of T-Bone Walker’s “Stormy Monday” and concluding with the extraordinary, gargantuan renditions of “In Memory Of Elizabeth Reed” and “Whipping Post”, the 7-track record is an exercise in scintillating musicianship. Ultimately, in addition to elevating the band’s classic line-up to heroic stature, At Fillmore East became the golden standard for live rock albums. 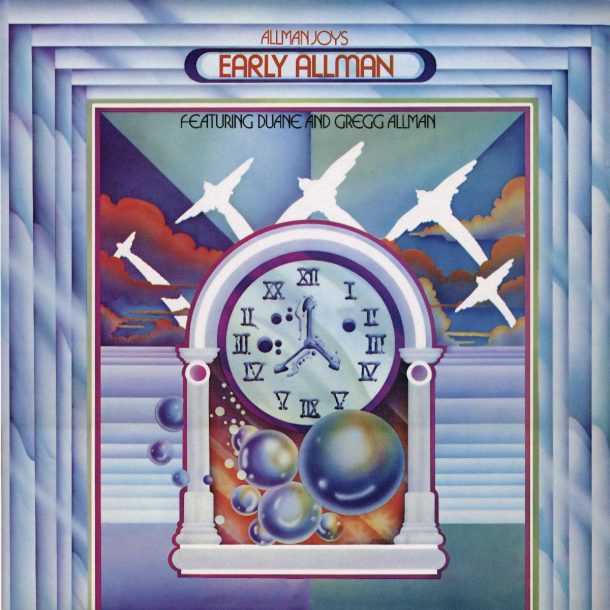