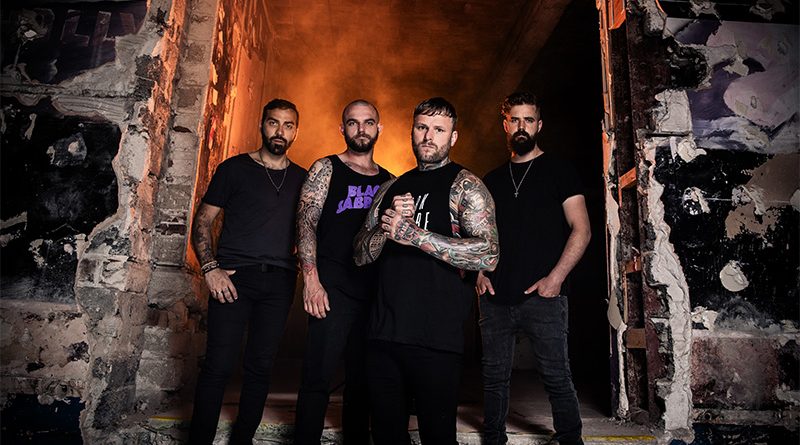 Kris Barras is a former mixed martial artist and cage fighter who gave up the ring and picked up the guitar. His decade long career of blood, sweat and broken bones reached great heights as he travelled the globe staging fights in front of 8000 people in Singapore, to cities across Thailand and the UK, and the epicenter of bouts Las Vegas.  He trained and would hang out with the likes of Rampage Jackson and some of The World’s biggest UFC stars which include Vitor Belfort, Wanderlei Silva, Johny Hendricks and Randy Couture.

With the albums The Divine And Dirty (2018) and Light It Up (2019,) the Kris Barras Band has had a meteoric rise in the UK. From small bars to a planned upcoming tour in March that will potentially place the band in front of a thousand or more fans a night, they are an omnipresent face in England’s current heavy rock revival. Their breakout album, Light It Up, rose in to the UK Top 50 Album Charts. Planet Rock Radio honored them as ‘Best New Band’ and supported multiple songs as they rose to become staples on the air.

Barras explains, “’Dead Horses’ is about the acceptance of a relationship that’s just run its course. This was the first complete song that I had ever properly co-written, and it was an awesome experience working with a guy like Johnny Andrews, even if it was done over Zoom during lockdown!” Johnny Andrews credits include repertoire recorded by Three Days Grace, Halestorm, Buckcherry, Fozzy and many others.

The video was shot in his home county of Devon, and the vast expanse of the moors of Dartmoor. “We managed to get hold of a beautiful 1969 Chevy Camaro,” he says. “I actually jumped in on camera duties for a few scenes, including one hanging out of the back of a car flying through the moors to get some of the driving shots.”

Talking about the upcoming release, Barras offers, “I really believe that this is a big step up from anything we’ve done before. Everything just fell into place perfectly. From working with top producer Dan Weller, to having the time to really work on the songs and fine-tune things. I think the result is a much more hard-hitting album, both musically and lyrically.”

Barras and the band will support Black Stone Cherry on a sold-out UK run later this year, culminating with a performance at the world-famous Royal Albert Hall, London. They’ll also stage their biggest headline tour to date in March, followed by playing the iconic Wembley Arena in support of Thunder.