There are very few guitarists who are able to convey their feelings through their guitar playing as well as Gary Moore. One of the most iconic and highly revered six-stringers in history, countless musicians have acknowledged Moore’s influence and moving tone on their playing. Legendary bluesman Albert King reputedly said of the late, great Irish Bluesman: “Gary plays like his fingers are on fire. He plays rock and blues and I call his style a kind of rock blues thing.”

Over the course of his career, he was a member of both Skid Row and Thin Lizzy before going on to find fame as a solo artist. Moore tragically died on February 6, 2011 while on holiday in Spain from a heart attack but left behind an outstanding legacy of work with styles ranging from rock to jazz and even electronica. However, ultimately it is his command of the blues and artistry in this genre that remains his most acclaimed.

Moore decided to experiment with contemporary dance beats by playing over drum loops and programmed rhythms on his 1995 release A Different Beat. The album may have been a dagger to the heart of Moore fans firmly engrained in his traditional blues roots, but “Lost In Your Love” with its buoyant techno tempo is well worth the build-up for the exquisite guitar solo alone.

Another worthy candidate for the greatest Gary Moore solo comes in this serene, mournful tale which concludes with Moore ripping through two minutes of intense, slow-burning fretwork. “Story Of The Blues” is a supremely executed narrative in how to make few notes say so much.

After over a decade of roiling the electrical blues scene (save for a couple of experimental albums), Moore produced his heaviest material to date with the release of the power-trio album Scars in 2002.

The epic “Ball and Chain” crashes in at just under 13 minutes and recalls the hard-hitting Muddy Waters sound of the Chicago blues era. Moore effortlessly flicks from onerous riffing and blistering fast leads to raw and earthy slow playing, keeping the listener on edge through his masterful dynamic control.

A firm favorite with his fanbase, “Midnight Blues” sees Moore wander into deep reflective territory at the witching hour with a sullen, bluesy riff, dark lyrics, and driving bass and string arrangement. The heart-rending guitar wails over the melancholic theme of this atmospheric track which was notably covered by Joe Bonamassa in 2012.

The Irishman’s After Hours album is often overlooked due to it being the predecessor to his classic Still Got The Blues LP, but “Cold Day In Hell” is a no-prisoners approach throwback to his hard rock days. Full of attacking thunder, Moore soars above the horn-blasting romp, powerful keys and some fine backing vocals with typical fluidity and that trademark killer tone.

Featuring arguably Moore’s most emotionally charged solo, this sobering, powerhouse ballad bubbles slowly and methodically for the song’s blockbuster crescendo. For anyone who has suffered from the devastation of broken romance, this is how a guitar sounds when it is weeping.

Check out the Live In Stockholm 1987 version of this song – strongly considered one of his most spine-chilling performances.

Total mastery par excellence. This instrumental opus encapsulates the sublimity and emotional connection that Moore was able to coax from his Les Paul. Backed by a beautiful string section, this is a flawless statement in measured and soulful blues playing as Moore hangs on to every note with perfect poise.

This swinging number from Moore’s breakthrough album Still Got The Blues sees the Irishman come flying out the traps with a rip-roaring introduction before settling into the funk-infused groove which swarms with inspired interplay alongside the tenor sax and horns. The searing lead tone (in particular on the scorching guitar solo) throughout this collaboration with King remains one of his most emulated.

Featuring the tender vocals of Phil Lynott lamenting the father he never had, this alluring slow gem has become the Belfast-born guitarist’s signature anthem. As the lyrical elegance and romanticism camouflage the composition’s indignant nostalgia, it is Moore who seduces and enthralls with his virtuoso guitar work.

Reaching number eight in the UK Singles Chart in May 1979, “Parisienne Walkways” is also notable for the interminable sustained note in the middle of the song which became a staple of Moore’s live performances.

The title track of Moore’s career-revitalizing Still Got The Blues record is a modern blues masterpiece that embodies the passionate, majestic and beautiful lead playing that we associate with the renowned Gibson Les Paul musician.

Remarkably recorded in one take, Moore pours every last drop of his soul into the vocals and pulls on the strings of his guitar as if his life is dependent on it. Packed full of sorrowful sentiment, the squealing bends and poignant tone perfectly showcase his ability to transcend his feelings to the listener through his fingers.

Mascot/Provogue will be releasing a new album, How Blue Can You Get on April 30 which features previously unreleased material from the blues-rock master.

Gary Moore “Blues and Beyond” Giveaway! 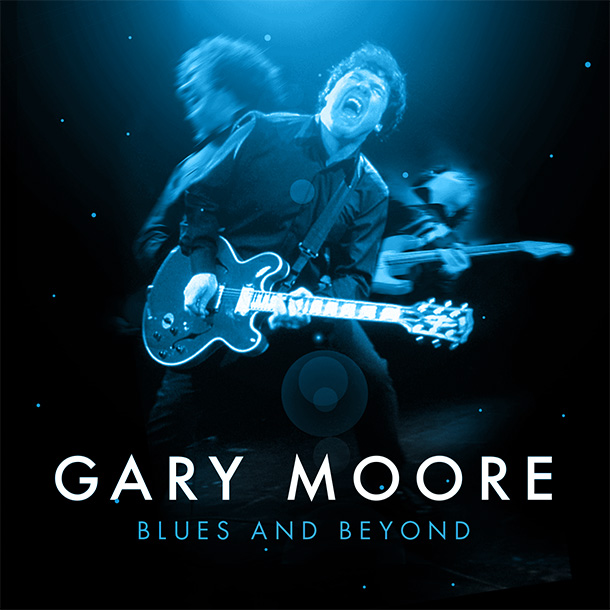 Gary Moore’s “Blues and Beyond” announced

Stream Gary Moore’s “Since I Met You Baby” live