ZZ Top evolved from the Texas psychedelic rock scene during the 1960s in Houston. The rhythm section was comprised of Dusty Hill on bass and drummer Frank Beard that both came from “American Blues” and Billy Gibbons from the “Moving Sidewalks.” The trio released ZZ Top’s First Album in 1971 and their sound was established as a combination of blues, rock and boogie. By the end of the 1970s, the trio had released a half dozen albums coupled with relentless touring that catapulted them to arena sized concerts after Tres Hombres produced the national hit “La Grange” in 1973. The 1980s began with the potential for an entirely new audience with MTV and their 24 hour a day music video programming. ZZ Top’s manager/producer/image maker Bill Ham was instrumental in the creation and production of their albums until his death in 2016. They only released three albums during the 1980s but Eliminator which was released in 1983 had five hit singles with MTV videos that increased ZZ Top’s popularity worldwide exponentially as the album went “Diamond” in the USA and sold ten million copies.  It was their most commercially successful album and they won multiple awards for their music videos and were inducted into the Rock & Roll Hall of Fame in 2004.

“Sharp Dressed Man” is from 1983’s Eliminator and was a continuation of the story of the gas station attendant in their “Gimme All Your Lovin’”video. Once again, the protagonist is transformed Cinderella style by three hot chicks that drive up in Billy Gibbons’ cherry red 1933 Ford Hot Rod. This time he’s a valet at a ritzy night club where he’s being disrespected and the band is playing. The song itself is about simply pointing out that “every girl crazy ‘bout a sharp dressed man.”

“Sleeping Bag” is the radio hit from Afterburner and was inspired by an actual sleeping bag. The lyrics sing about sleeping “beside the pharaohs in the shifting sand.” It was the first single released from the album and once again the video featured the same three female goddesses. This time when they appeared and gave the keys to Billy’s 1933 cherry red 1933 Ford hot rod to the protagonist couple it resulted in the vehicle’s death, burial, and resurrection like the mythological Pheonix rising from its ashes.

“Cheap Sunglasses” is from the trio’s sixth album Deguello released in 1979. By this time the cut loose attitude that had been propagated by the punk rock genre signaled to ZZ Top that it might do the same. The actual subject matter was as simple as it sounds since the song was inspired by gas station display racks of “Cheap Sunglasses.”

The song “Pearl Necklace is from their seventh album El Loco released in 1981. The meaning of the song itself is comedic in nature and uses a sexually loaded double entendre which has often been associated with the blues from the early days of the twentieth century.

“Tush” is from 1975’s Fandango and according to Gibbons it was inspired by Roy Head’s 1967 song titled “Tush Hog.” The song itself was written in a couple of minutes during soundcheck at a rodeo concert during the 1970s in Alabama. It’s another double entendre that refers to both the southern term for the best and street slang for derriere.

“Heard It On the X” is another Fandango cut and is about Mexican radio stations like XERB, 1590 on the AM dial back when AM was king. The most famous disc jockey to come out of the golden age time period of its influence was Wolfman Jack.

“Tube Snake Boogie” is from 1981’s El Loco and the title is a slang term that was used for a surf board. The song itself is another double entendre that has nothing at all to do with surfing but is captivating from Beard’s opening drums to the addition of Hill driving home the beat until Gibbons sings “I got a girl she lives cross town…” and bursts into a guitar solo.

“Blue Jean Blues” was on their fourth album Fandango that was released in 1975. It’s a slow tempo blues that has Gibbons wailing with his voice as he sings “I done ran into my baby and finally found my old blue jeans.” The soulful singing is then interwoven and replaced with the crying out of his axe.

“La Grange” came from the trios third album Tres Hombres in 1973 and became their most recognizable song at the time. It was on “Billboard’s Hot 100” and gave them national recognition with its John Lee Hooker sounding riff. The song itself was about the “Chicken Shack” which was a brothel that operated with the blessings of local government and law enforcement until 1973 and inspired both Broadway and Hollywood productions of The Best Little Whorehouse in Texas.

Although “Waitin’ For the Bus – Jesus Just Left Chicago” is actually two different songs they blend into each other so they are listed here as one. It comes from 1973’s Tres Hombres and the story begins with a guy waiting for the bus after work with his paycheck and a paper bag of hooch that segues into Jesus traveling down to New Orleans and elsewhere as he transforms muddy water into wine. 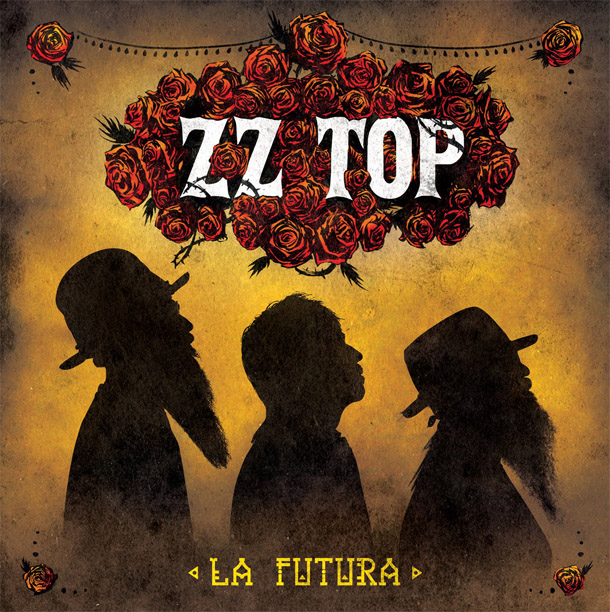