The album kicks off with “Old Friend,” a song about moving on from an ex-girlfriend and features a sing-along chorus and some tasty slide guitar from Kristopher Butcher. “Let It Go,” a soul track, follows and features Steve Maggiora on keys. “I Know It’s Wrong” is next and has a great groove with backing vocals from Anesha Rose.

The pace slows down with “Shine On,” which is about moving on from past demons. The beat picks back up on “High Time,” which sees Anesha Rose joining in on vocals again. Next up is “I Got My Eyes On You” followed by the eight plus minute instrumental jam, “Witchcraft.” The album closes with “Forever Isn’t Long Enough,” a love song about that special someone. 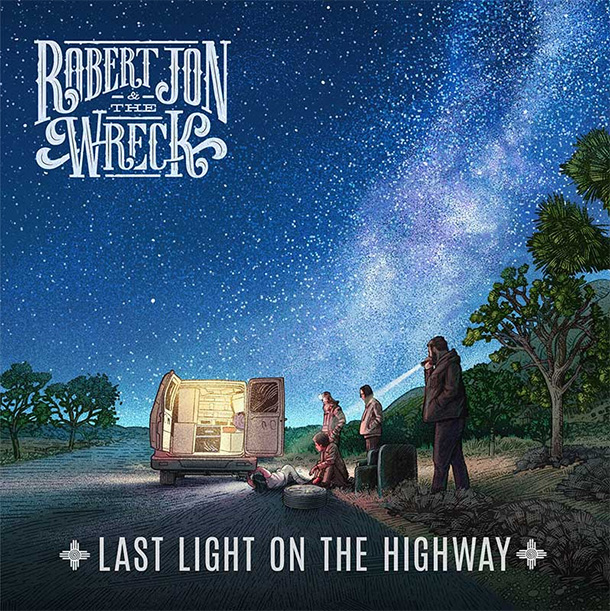 Robert Jon and the Wreck: Last Light on the Highway Review