After spending the past seven years as the guitarist for the Alan Parsons Project, blues rock guitarist Alastair Greene is ready to take his solo career full time. Greene just released Dream Train last month, which has been very well received. Blues Rock Review caught up with Greene to discuss the recent change in his career, the new album, and more.

You spent the previous seven years with the Alan Parsons Project. Why was now the right time to devote 100% to your solo career?

Mainly because I feel that my new record, Dream Train is an incredibly strong record and I want to give it the attention it deserves. I also felt that staying with Alan was just prolonging the inevitable, which was recommitting to my solo career. I spent seven years getting to see the world with a Rock and Roll legend and playing some bonafide hits songs, and that was an amazing opportunity that I never took for granted. I sang a couple of the hits and played some very iconic guitar solos from the Alan Parsons Project records which was awesome. I’ll always be grateful that Alan gave me the chance to experience that part of the Rock and Roll dream that so many of us guitar players have when we’re just picking up the instrument. Playing hit songs for thousands of fans all over the world was fantastic, but the time has come for me to focus on my music.

How do you feel Dream Train is different than your previous albums?

I’d like think that I’ve gotten better songwriting and singing departments. So, I feel those two aspects are definitely stronger on this release. I think my guitar playing has also gotten better as far as execution goes in addition to conjuring more melodic guitar solos. This was also the first time I had worked with a “Producer” so to speak. On previous records whoever was engineering (Robinson Eikenberry or Sean McCue) would serve as a co-producer. David Z mixed my last record (Trouble At Your Door) so he was the perfect candidate to produce this one.
Songwriting-wise I went a few places that were different for me. Also, I used some different guitars and amps and experimented with gear a little more than I had in the past.

What was the inspiration for the title track?

The song “Dream Train” was written in about 10 minutes, both the music and the lyrics. It was the first time a song has come to me that quickly. It really felt like it was a gift from somewhere else. The song essentially is about stating my purpose in life and embracing it. That could of course be a universal theme, but I wrote it as a personal declaration to the world that playing guitar and making music are why I’m here.

David Z produced the album and has worked with some heavy hitters in blues rock. What was it like working with him on the album?

David was really easy to work with. I had demoed most of the songs and we talking about all of them before hand. I wrote about 16 songs and we figured out which ones we thought were the strongest and made a list of what we wanted to record. We already knew what we were after sonically and what we were going to do as far as tracking. He also mixed most of the record and he’s got some old school sensibility as well as new school ideas which is a good mix for my music. He had some cool ideas as far as guitar tones, dynamics, and vocal delivery. For the most part I did what I would normally do but having him to bounce things off of was great, as was getting his opinion when I felt stuck about how to approach something.

The album has one cover, “Nome Zayne,” which was written by Billy Gibbons but unreleased. How did you come across this song?

David had a few demos that Billy had recorded and he sent them to me and said, if I liked any of them, to pick one out and he’d ask Billy if we could record it. I thought “Nome Zayne” was really cool and picked that one. Billy gave us his blessing to record the song and we went for it. It’s a fun song and very unlike anything I would write but it fits in really well with the rest of the record.

The album has several guests including Walter Trout, Mike Zito, etc. How did the guest appearances come about?

Fortunately for me I’ve gotten to meet and become friends with some of my heroes and inspirations. I’m a big fan of Walter Trout, obviously, and he was aware of me and that I’d been touring with Alan and doing my own thing through Facebook. So, the first time I met him he was walking off stage at a festival and he came right up to me and said “Hey, you’re Alastair Greene!” That was pretty awesome. I sat in with him a couple years later at a festival, and so when it was time to do this record, I figured I had nothing to lose by asking him to play on a track. When he said “Yes” I was thrilled to say the least. I’ve known about Mike Zito for a long time. He’s been at it for years and works his ass off. He did some records for the label I was on previously and so we had a connection there. We’d touched base occasionally here and there and finally got to play together at the Big Blues Bender a couple years ago. It was really easy playing with Mike since we have some influences in common, so he was an obvious choice to play on the guitar trade off solo on the song “Down To Memphis.” I’ve know Dennis Gruenling for a few years and he is at the top of the heap as far as harmonica players go, so I asked him to contribute a solo, which came out amazing. Mike Finnigan is a legendary figure and lives down in Los Angeles. I don’t know him that well but David had worked with him in the past and I really wanted Hammond organ on a few songs, so he was my first choice. Debbie Davies recently moved back to the area where I live here in Southern California. I’ve been a fan of hers for ages and I asked her to be a guest on a show I was putting on at the end of 2016. We hit it off and have been playing some shows together recently. This was right when we were finishing the record up, so we got her in the studio right before we started mixing and she delivered an amazing funktified solo on the song “Grateful Swagger.” She’s badass!

You recently had the opportunity to play the Big Blues Bender in Las Vegas, which featured a who’s who of the blues and blues rock world. What was that experience like?

The Bender is a lot of fun and also a bit overwhelming. There are so many bands playing all the time on various stages. My band got added last minute in 2016 and we had a great time. I volunteered my guitar services to Jimmy Carpenter who leads this killer backing band called The Bender Brass, and they back up tons of artists at the festival. I figured that would be a good way to play with a bunch of killer musicians, and once a mercenary always a mercenary I suppose. One of the many 2016 highlights was playing with Blues legend Bobby Rush. That was unbelievable. The 2016 festival went so well that Jimmy asked me back again this year (2017) to be part of The Bender Brass. This year I got to play with s ton of great musicians including the legendary Jimmy Hall, who is a force of nature on stage. He’s awe inspiring. I also got to sit in with Walter again during one of his sets and I also got to play “Whipping Post” at an Allman Brother tribute show with an all-star cast of contemporary Blues musicians. It’s a big challenge backing so many artists from all over the Blues spectrum because I need to learn a lot of different artists material and really do them justice. This year I backed a really diverse group of artists including Sari Schorr, Billy Price, and Nick Schnebelen. It’s a WAY different mindset than leading a band. I’ve played in countless bands over the years in addition to my own, and have played lots of different styles of music. There is definitely a part of my musical mindset that enjoys being out of my element a bit and having to step up my game for whatever the occasion may be. Being true to the musical moment that I find myself in, has been, and continues to be my top priority.

Alastair Greene: Live From The 805 Review 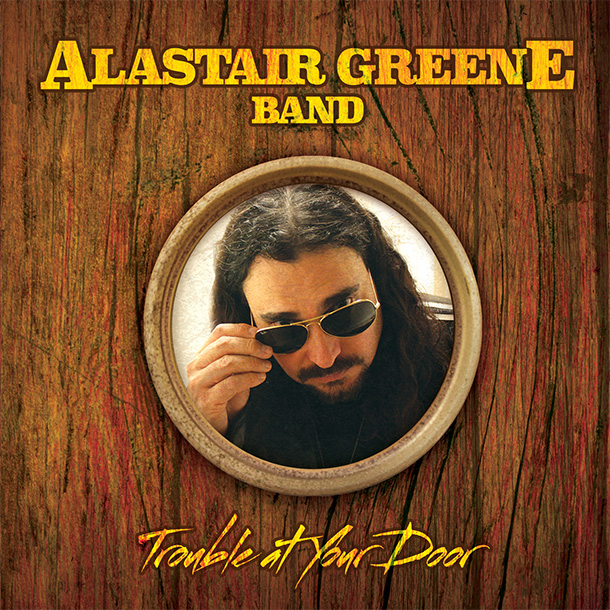