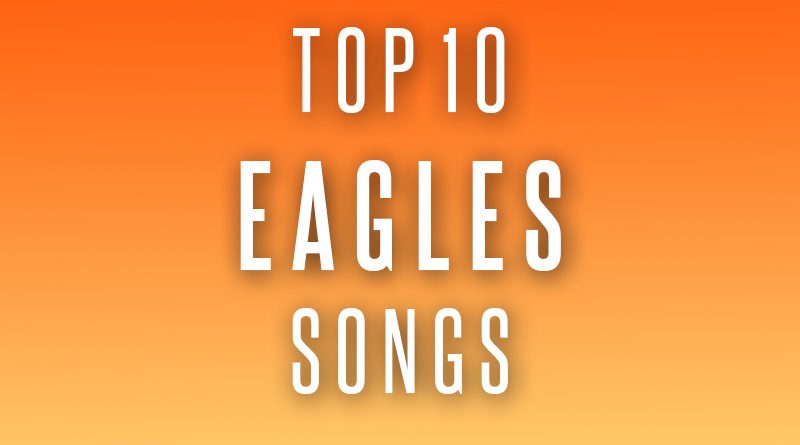 Four members of what became the Eagles played together for the first time in 1971 when they were Linda Rondstadt’s backup band. Glenn Frey, Don Henley, Bernie Leadon and Randy Meisner formed the Eagles in Los Angeles, California later that year and released their self-titled debut album in 1972. Frey and Henley were the leaders of the band and after a few years, Leadon and Meisner left the band and were replaced by Don Felder, Timothy B Schmit and Joe Walsh.

In 1994, the Eagles reunited with Frey, Henley, Schmit, Felder, and Walsh for the “Hell Freezes Over” tour. In 1998, all the previous band members including Leadon and Meisner joined together to be inducted into the Rock and Roll Hall of Fame. In 2007, they released their seventh studio album Long Road Out Of Eden. In January 2016, Glenn Frey passed away after being ill and his son Deacon took his place along with Vince Gill on guitar and vocals as they continue to tour. Their Greatest Hits (1971-1975) was the biggest selling album of the 20th Century and they hold the record for selling more records during the 1970s than any other band. Their career generated five #1 singles, six #1 albums, six Grammy Awards, and five American Music Awards and they are one of the top selling bands of all time.

“I Can’t Tell You Why” was a song that Timothy B. Schmit brought with him when he joined the Eagles to replace Randy Meisner, who he also ironically replaced in Poco. It was unfinished when he presented it to Glenn Frey and Don Henley so they helped him complete it and had Schmit sing lead on it. It was the first Eagles song that he sang lead on and it reached #8 on the “Billboard Hot 100.” It was the first song that they completed on their sixth studio album The Long Run which was released in 1979. The song departed from their normal country sounding ballads to more of a Smokey Robinson R&B style sound influenced by “STAX” and “Motown.”

Hotel California is the Eagles’ fifth studio album which features “The Last Resort”, an epic saga written by the Frey/Henley team. Henley sings the haunting lyrics to a dominant piano accompaniment by Frey as the story unfolds. The tale is about “Manifest Destiny” and begins in Providence, Rhode Island before it heads west to Malibu on the Pacific and finally concludes in Lahaina, Hawaii. The gist of the song is summed up in its final line.

“One of These Nights” was the title song from the Eagles’ fourth album in 1975.  Bill Szymczyk, the “James Gang” and Joe Walsh’s record producer helped to give the band a harder rock sound which produced their second #1 single in America. At the same time guitarist, Don Felder was added to the group and his solo on the song established the Eagles as a rock and roll band. The song was written by Glenn Frey and Don Henley and the opening bass line was Don Felder’s idea.

“Life in the Fast Lane” was the third single that came from their fifth album Hotel California in 1976. The song was co-written by Glenn Frey, Don Henley, and Joe Walsh and reached the #11 slot on the “Billboard Hot 100.” Frey and Henley had the song two thirds written but couldn’t make it work when they heard a riff that Joe Walsh was playing which ended up being the missing element. The subject of the song is about a man and a woman who live a reckless life of excessive abandon together until they crash and burn. The song doesn’t praise the jet set lifestyle but rather questions its wisdom in the long run.

“Peaceful Easy Feeling” appeared on the Eagles’ debut album and was the third single that was released in 1972 when it hit #22 on “Billboard’s Hot 100.” The song was written by San Diego musician Jack Tempchin who crafted the song in stages. Initially, it began after he played a gig at a club in El Centro, California where he failed to connect with a waitress that he was interested in. He spent a sleepless night inside the club when he began the song “on the back of one of his flyers.” He later finished the song in San Diego at a “Der Wienerschnitzel” that later commemorated the event with a plaque on the table he used. When Tempchin was in Los Angeles at the Troubador he was staying at Jackson Browne’s place when Glenn Frey heard the song and liked it so much that the Eagles recorded it for their eponymous debut album.

“Take It Easy” was the debut single released by the Eagles prior to their initial self-titled album was released in 1972. The song was half written by Jackson Browne who had help from Glenn Frey who lived in the same apartment building to complete it. The song charted at #12 on “Billboard’s Hot 100” and Browne included it on his second album For Everyman. The song itself is about the open road and the possibilities.

One of These Nights was the Eagles’ 4th studio album released in 1975 that contained “Lyin’ Eyes” which was co-written by Frey and Henley. The album was their first to reach the #1 spot on the “Billboard album chart.” “Lyin’ Eyes” is a song about an extramarital affair that hit #2 on the “Billboard Hot 100.” It won a Grammy Award in 1975 for “Best Pop Performance by a Duo or Group.” The lead is sung by Frey with the rest of the band harmonizing beautifully on the chorus.

“Desperado” is the title song of the Eagles’ second studio album released in 1973. Don Henley said that the album was intended to be an artistic statement about “the evils of fame and success. It was a concept album with a cowboy metaphor” based on the notorious train and bank robbing Dalton gang of the American West in the 1890s. The lush arrangement and Don Henley’s stellar vocals make it a favorite that regularly gets it included in concert set lists, many times as the closing song.

“Take It To the Limit” was from 1975’s One of These Nights album. It was co-written by Glenn Frey, Don Henley, and Randy Meisner who sang lead on the song. It was one of the best examples of the tight vocal harmonies that were unique to the Eagles. Some say that the song was the reason why Meisner left the group in 1977 after they finished their tour. One night at a concert Meisner had the flu and was suffering from ulcers when he refused to come back out for an encore and do the song. The incident caused a fight backstage that resulted in Meisner quitting the band when the tour was over.

Hotel California is the Eagles’ fifth studio album which was released in 1976. It won a Grammy in 1977 for being the “Record of the Year.” The title song’s lyrics have been analyzed for nearly fifty years and their interpretation is as metaphorical as the book of Revelation to biblical scholars. The song began as a Felder demo that was fleshed out by Don Henley and then co-written by Felder, Frey, and Henley and the uncredited dual guitar outro was the idea of Joe Walsh.