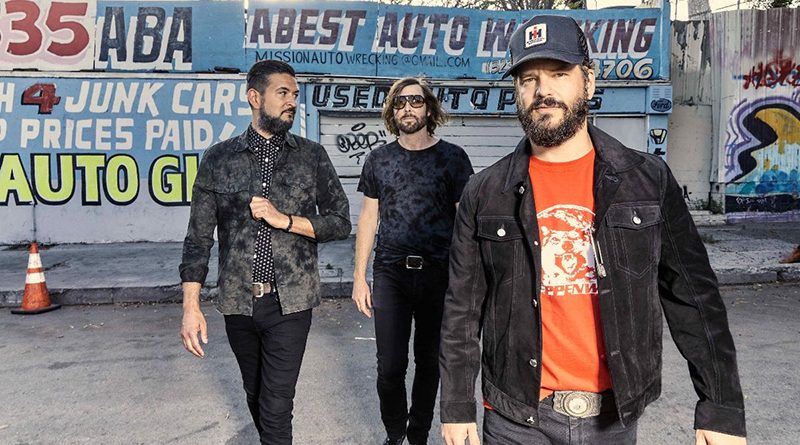 “‘Gotta Be Movin” is a song that tips its hat to our love of The Beastie Boys, and to guitar parts that sound like they are samples,” the band explains. “This guitar melody caught our ear right away and had that sample of an old school guitar riff feel. We love that. Get a rhythmic vocal going with some deep drums and let the good times roll.”

Described by Classic Rock magazine as “Kinda like The Black Keys’ Gold On The Ceiling with extra layers of 90s bling and California sunshine”, the album’s first single “How High” is among the Most-Added and Most-Increased songs at US Adult Alternative radio since it dropped and has already hit the Top 5 at the format. The track has also Top 3 on the Americana Singles Airplay Chart and Top 3 on the NonComm Albums Chart.

Play Loud is produced by GRAMMY-winning producer Dave Sardy (Oasis, Wolfmother, Modest Mouse, LCD Soundsystem) On the album, the group stretches out artistically and explores their far-flung influences. “We totally flipped the process on this record to allow for every idea and possibility, so it wasn’t just the three of us, closed off in our bubble. It was like, ‘Let’s take some risks and see what we can really do,'” describes bassist Alex Stiff.

The Record Company—consisting of guitarist/lead vocalist Chris Vos, bassist Alex Stiff and drummer Marc Cazorla—most recently released their EP Side Project (also via Concord Records), which finds the band reimagining and reconstructing some of their favorite tracks by a wide range of artists including Big Mama Thornton, Cypress Hill, INXS and Willie Dixon. Listen HERE.

Play Loud is the follow-up to the band’s critically lauded sophomore album All of This Life. Upon its release, Rolling Stone noted that the single “Life to Fix” “isn’t so much a return to form as it is taking that form a big new level,” while NPR Music raved that the track “breathes new life into a style of music.”

The band’s debut, Give It Back to You, earned them a GRAMMY nomination for Best Contemporary Blues Album. The critically acclaimed record produced three Top Ten hits at Triple-A radio, including lead single “Off the Ground,” which reached #1 on Billboard’s Adult Alternative Songs chart. Entertainment Weekly describes their debut album as a “soul scorcher.” The Record Company has appeared on “Jimmy Kimmel Live!,” “The Late Show with Stephen Colbert,” CBS “This Morning,” NPR’s “World Café” and SiriusXM, and has shared bills with John Mayer, My Morning Jacket, Nathaniel Rateliff and the Zac Brown Band.

In celebration of the upcoming release, the band will hit the road this fall for a 32-city tour across North America. The Play Loud Tour kicks off October 10 in Milwaukee and concludes November 22 in Los Angeles, with support from JJ Wilde on select dates. 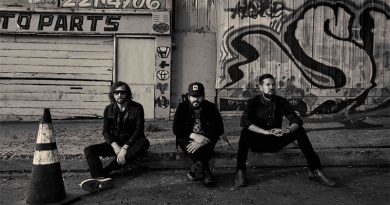 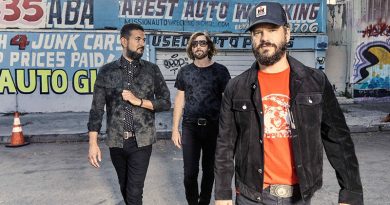