Eric Johanson has released a music video for his new single, “Head Like A Hole.” The Nine Inch Nails cover is off Johanson’s upcoming acoustic covers album, Covered Tracks: Vol.1.

On releasing an acoustic covers album Johanson said, “Over the last year of not touring due to the pandemic, I started doing a weekly livestream from home as a way to stay connected.  I began trying out different cover songs, some favorites from my past, as well as some that were requests and totally new to me.  I collected my favorites, recorded them here at home and I’m excited to share them. It’s been a chance to reconnect with songs that helped define my path, and re-imagine them.”

Covered Tracks: Vol. 1 will be released on April 23 and features covers from the Allman Brothers Band, Taj Mahal, and more. 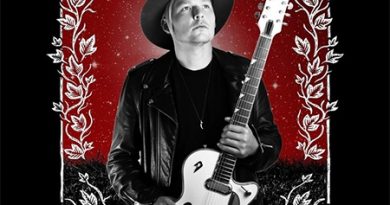