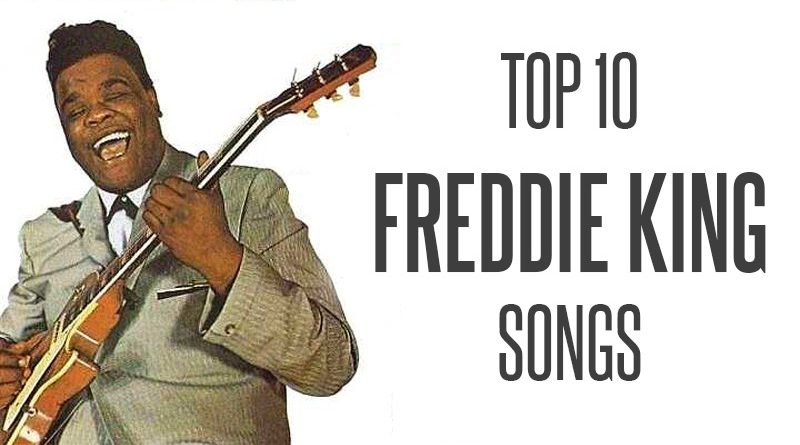 Falling somewhere between the post-war blues pantheon and the late ‘60s electric blues revolution, Freddie King’s music provides the missing link that helps make sense of the blues rock timeline. A bluesman who drifted effortlessly between rock, gospel, and funk, his multifaceted style and ability to play both tenderly and explosively shone brightly but briefly. He lived as hard as he played, and as a result died at the age of 42. King’s influence on modern guitar becomes more apparent as successive generations discover his brilliance. Guitar slung over one shoulder, his face wearing whatever emotion he was playing, the only thing larger than the man himself is the catalog of songs he left behind.

The name says it all. Driven by various rapid percussion and charging horn blasts, this upbeat instrumental provides a welcome contrast to King’s straightforward blues persona. A showcase for King’s ability to blend into an ensemble while remaining the cornerstone of the tune, he finds himself playing a supporting role as the overall mood propels the song forward.

First heard on King’s iconic debut instrumental album, “Stumble” opens with a full-throated guitar riff and a tone that would become emblematic of his playing style. Alongside a rhythm, feel, and backing horn section reminiscent of the many Chicago Style blues classics, King lets his guitar do the singing as he bends and twists through each verse, seemingly enjoying the sounds he’s creating as much as the listener is.

Some artists have the rare gift of being able to steal songs from the past. And on “Ain’t Nobody’s Business,” King slows the tempo way down to deliver a bit of ancient wisdom through song. King’s guitar virtuosity is subdued, which allows his deep, emotive growl to steal the spotlight. It is one of the best examples of King setting aside the blues to veer into a soul and gospel amalgam.

“I’m tore down, I’m almost level with the ground.” The juxtaposition between the downtrodden lyrics and the joyous music make perfect sense in King’s hands. The track features his signature guitar tone and textbook examples of the natural distortion present in his voice. Although not the most flamboyant of songs, it is a classic.

Built around the theme of a jilted lover giving his final warning, each brief verse finishes on a nifty, ascending three-chord resolution which also serves as the backdrop for one of King’s best solos. Between the quick and dynamic changes from verse to chorus and the contrast inherent in his guttural voice and smooth piercing guitar licks, “Pack It Up” fits King like a glove.

Eric Clapton may be this tune’s medium of discovery for many blues aficionados, but this Billy Myles masterpiece was first recorded by King in the early ‘60s. A slow, 12-bar blues ballad ripe for expressive vocals and instrumental improvisation, it became one of King’s live staples and his numerous versions feature some of his finest guitar passages.

Anchored by one of the chunkiest, grooviest guitar rhythms of all time, “Boogie Funk” illuminates King’s uncanny ability to effortlessly vary his guitar voicings. Between his unique pick-and-finger technique and his natural gift for music, he rifles through a vast range of sounds without striking a false note. Playing rhythm, fills, and solos within the same song is impressive, but convincingly pulling off a one-man call-and-response on guitar is another thing entirely.

The simple but strident opening guitar riff sets the tone for this semi-autobiographical celebration of coming home. Amidst King’s typically great guitar work and boisterous singing, the arrangement sprinkles in great backing vocals to punctuate the clever turns of phrase in every verse. Although not written by King, it’s his in every meaningful way. “Going back to Dallas, living in the palace of the king.”

The brief instrumental that helped put King on the map, it is essentially a pastiche of other blues compositions of the era. Memorable for its lively cadence and distinct arrangement, it provides the first concrete example that shows that his musical presence and unique guitar could transform formerly mundane songs and riffs into something truly special. Numerous artists have since covered “Hide Away,” but King’s version remains quintessential.

One of the most energetic numbers of all time, “Going Down” incorporates blues, rock, rockabilly, and a ton of soul into a three and a half minute explosion. King’s overdriven guitar screams test the upper bounds of what the electrified version of the instrument can do, and yet somehow he manages to outdo himself by pushing his voice to the same limit. Throw in rollicking piano and a rock-solid rhythm section, and you have a song that is near rock ‘n roll perfection. 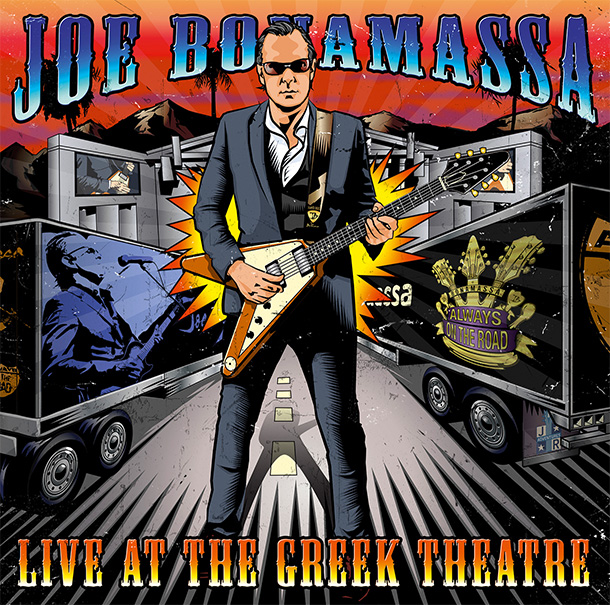 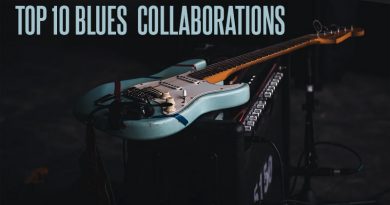