There is a certain challenge in the industry today, to appeal to the masses, while holding onto something greater, something unsung. Though not a requirement for success, Philip Sayce manages to stay true to his modern interpretation of the blues, and churn out tasteful track after track. His powerful vibrato, the likes of Hendrix and modern day blues aficionado Gary Clark Jr. would be sure to admire, bring out a classic sound streaming through your stereo. His licks are fresh but his roots sit at the surface of every twist and turn.

A strong follow-up to his 2012 effort, Influence kicks and screams on its way to the top of blues charts. The album features covers like Graham Nash’s “Better Days” and “Green Power,” a classic blues effort originally by Little Richard. Sayce’s playfully soulful vibe blends with high shrieks and improvised interludes to create “Out Of My Mind.” A crescendo of guitar and percussion build to a wavering distortion of sound on “I’m Going Home,” originally composed by The Sonics. No surprise by that description.

Throughout the album, Sayce takes a powerful riff and pairs it with a worthy counterpart, his chops. Each fighting for their share of the spotlight, the song bounces between the two, until it all falls together. Credit must be given to Sayce’s drummer, who stays on par with the intensity of every song. Miles Miller channels Mitch Mitchell on “Out Of My Mind,” an offbeat bluesy style signature of the Hendrix Experience. Chris Powell holds his own on the rest.

Dave Cobb, producer on the album, does a phenomenal job directing and participating in it himself. He contributes a great deal of the modern blues keys to success. Having worked with Rival Sons, one can easily make the transition to Sayce in style and talent. Cobb sure knows how to pick ‘em. It is easy to herd Sayce into the upper echelon of today’s blues guitarists. His vocal styling paired with his insatiable appetite on the guitar give him all the tools needed for success, with one x factor, unadulterated raw talent. Being given the reigns to grow in your own light is not something to take for granted. 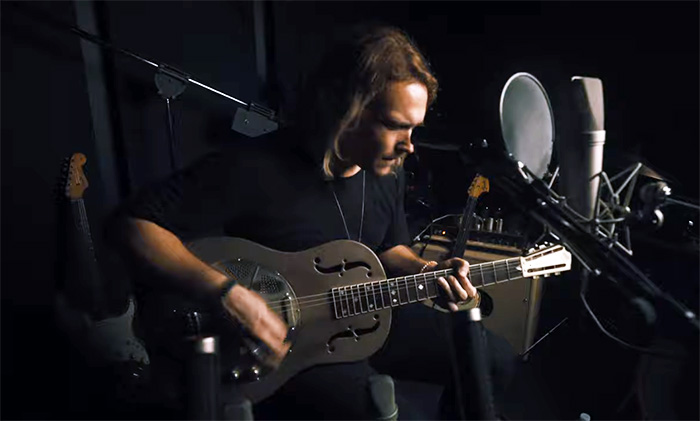