The Stone Foxes are a roots-infused rock band hailing from San Francisco. With a successful career spanning two decades and a number of well-received albums released, the band has stood out on the current scene with an invigorating, somewhat psychedelic indie blues sound. With Californian brothers Shannon (lead vocals, drums, harmonica,) and Spence Koehler (lead guitar, rhythm guitar, pedal steel, bass) functioning as the architects behind this enthralling sonic structure, the band has just added another release to their strong catalog: On The Other Side.

Featuring Ian McDonald (Farfisa keys), Elliott Peck and Zola (high-octave vocalists), Marcus Stephens (horns), Mario Silva (trumpet), and Danny Lubin-Laden (trombone) as backing musicians, the tightly arranged and produced record blends the Foxes’ compelling rock music with cinematic and expansive soundscapes. They describe this approach as “if Ennio Morricone and T. Rex had a more modern-looking baby” and unleash this absorbing amalgam of sound in the form of neo-western, psychedelic blues rock. This also means that the album is more song-focused than the typical blues rock outing and definitely operates at a lower overall intensity, with hardly any guitar solos or virtuosic displays of instrumental technique being present. And while this removes some attack from the material, it certainly adds to its general immersive and soundtrack-like mood.

Regarding the lyrics, they focus on the brothers’ past experiences, the pain they endured and the love they found halfway through, all permeated by the joy and the distress of living in America, especially on their native West Coast. And while their heartfelt lyricism is mostly focused on personal ventures, the themes they discuss are engaging, and virtually all of us will be able to identify with them as we try to navigate life’s overwhelming complexity.

The record kicks off with the semi-orchestral arrangements and commanding chorus of the assertive number “Man’s Red Fire”, a song that draws a parallel between the wildfires in California and racism. Then, indie rocker “Time Is A Killer” follows, taking from Arctic Monkeys’ fuzzy tones and The Black Keys’ bluesier commitment, and delivers a message of caution regarding the destructive force of nature.

Contrastingly, “Faded (Bye Bye Bye)” gravitates towards softer textures, with its laidback, quasi-pop feel being reminiscent of The Byrds’ early sound. The following number “Help Me Now” also plays out similarly, even if slightly more contemporary-sounding. Next, “On The Other Side” is defined by its relaxing whistle melody, desert-like ambiance and psychedelic, Beatles-ish chorus while “Norah Jones” is a blend of indie rock and modern pop-soul.

The Foxes dramatically reduce the fret-burning antics and soaring vocals associated with blues rock in favor of a more enveloping, song-focused approach for On The Other Side, with the grandiose, film score-like arrangements enriching the listening. And although a little more of that blues rock bite could have enhanced the material, the album functions effectively without it and offers a high-quality, alluring sonic experience. 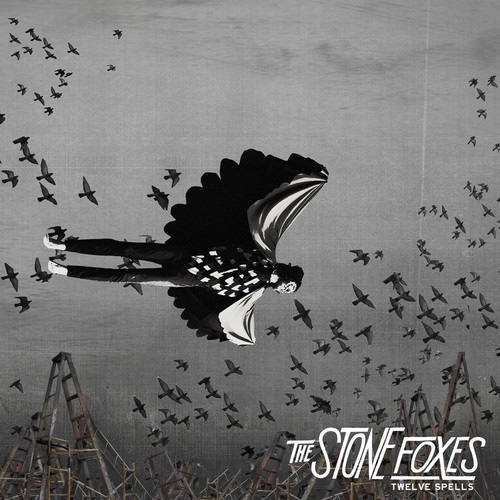 The Stone Foxes: An Interview With Shannon Koehler