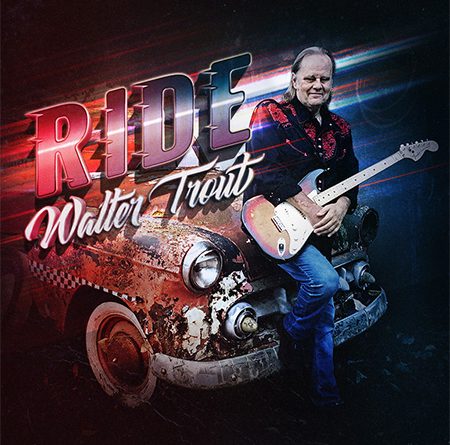 If the blues ever needed someone to cling on for its dear life, you can bet your bottom soul the name of perennial blues stalwart Walter Trout would be leaping out of the water. He’s recovered from a last-gasp liver transplant, survived addiction, and found sanctuary when thrown into the deep end without a paddle.

Whereas many of his contemporaries may have fallen by the wayside, the iconic blues-rock guitarist refuses to hop off what is (and continues to be) an extraordinary Ride. This, an astonishing 30th studio album (yes thirtieth!) sees Trout square up to his past, present, and future over a dozen tracks reflective of the now 71-year-old’s emotional state during the pandemic.

While his modern edge and sparkling energy are sure to electrify contemporary fans of the genre, the memories Trout bravely digs up about his dysfunctional childhood and unstable stepfather heavily shape this LP. Even Trout admits there were “times in this pandemic where I sunk into some pretty deep depressions”.

However, as we know, many of the finest records are made when a musician’s back is against the wall or the car refuses to start. There’s no sign of meek surrendering or engine stuttering as an emotionally charged Trout powers a ride that has all the thrills and sudden drops of his trademark blistering blues-rock, combined with a vulnerability that speaks straight from the other end of the emotional spectrum.

The heavy blues of lead single “Ghosts” is a spirited opener as Trout lays bare his struggles of escaping the past and being constantly reminded of his mistakes. As always the guitar work is hypnotic and at times haunting – listen to how he holds the eerie, fading note at the end.

The title track “Ride” is next and it’s gloriously joyous and upbeat with some wonderfully rhythmic and fast-paced keyboard-guitar collocation. Trout describes a life next to the railroad tracks, which are a symbol of freedom, and this liberty is perfectly conveyed by his regular band who play with exuberant abandon. You can imagine listening to this on a train, bus, or motorcycle, in fact, any form of transport while watching the world float by.

This one-two punch of explosive guitar playing and relentless oomph is classic Trout and a reminder (if one were needed) of the brilliance when he steps his foot on the gas. However it’s not quite full steam ahead from this point as Trout (as he always does) pulls over for the occasional, soul-searching ballad.

“Follow You Back Home” is the first timely prompt that shows Trout’s passion isn’t just for chugging blues-rockers. Atmospheric with gorgeous acoustic shades, it’s one of several tear-jerkers on the album. “Hey Mama” is as raw as it gets, with Walter fighting inner turmoil about why his mother didn’t do more to protect him from his violent, alcoholic stepfather. Stormy yet sublime, Trout remarkably still manages to inhabit the song with a sense of empathy.

Walter’s voice is as great as it’s ever been on the defiant “Better Days Ahead” and punctuated by some soaring guitar breaks. “I Worry Too Much” goes a little off-peace (in a good way) with its funky backbone and Stevie Wonder vibes, while “Waiting For The Dawn” has a Gary Moore feel to it with some exquisite licks that give me goosebumps similar to the first time I heard “Still Got The Blues”.

Ironically, the harmonica-laden and chunky riffathon of “High is Low” might just be the highest of the many highs here. Rich organ textures, crushing percussion, and a guitar solo with a tone to die for add another memorable stop-off along this exciting and varied musical ride.

Respected by the old guard and revered by the young guns, Walter Trout has courageously tried to reconcile with his past, accept his future, and live in the present as it plays out. As the talismanic figure himself said, “But, really life is kind of a ride too, isn’t it? And I want to live mine to the fullest.” This is the sound of an artist certainly doing just that. 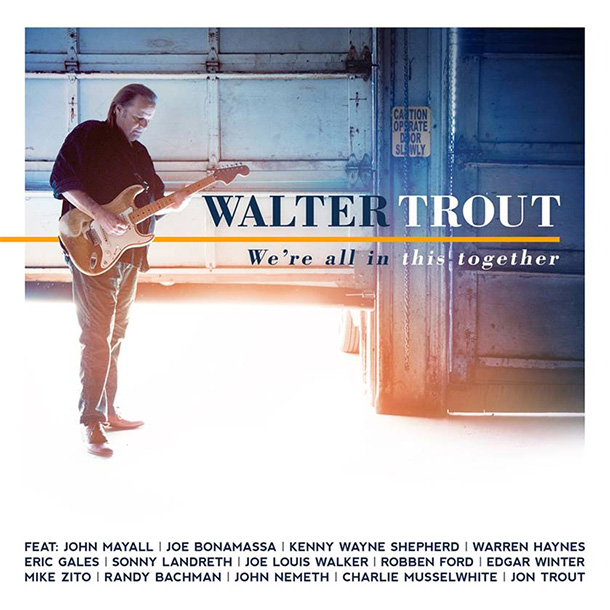 Walter Trout announces “We’re All In This Together”