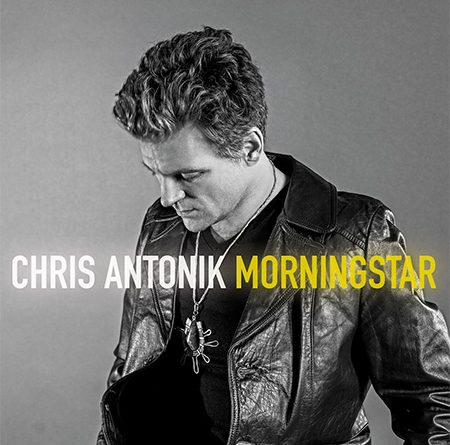 Returning to our speakers after a strenuous five-year period of personal growth, Chris Antonik’s 4th studio album serves as a journal capturing the wealth of emotions amassed during a traumatic chapter of his life. Forced to embrace the challenges of divorce and single parenthood during the most arduous of times of recent memory, Morningstar may well be his most confronting, and ambitious album to date. While integrating these themes into the luscious, well-layered instrumentation, the Canadian Blues-Rock Singer-Songwriter embarks on a journey towards acceptance, reacquainting with his musical aptitude in a mature, refined manner.

“Waves of Stone” opens the album in sublime form, with Chris and 3-time Blues music award nominee, Jarekus Singleton, exchanging crushing, abrasive riffs, as if re-enacting the viperous resentment built amongst the icy detachment of a waning relationship. Occupied by the sharp, indignant vocal cries of; “I don’t know why you never talk to me”, Chris’ veracity is a breath of fresh air, with his brutal, unfiltered songwriting encapsulating the excruciating hostility of what would once have been considered a loving relationship.

Having hoisted this pain off his chest by the opening track, Chris’ concerns immediately transfer over to his offspring, with the heart-wrenching cry for help on “Trust In Me” capturing the frustration of a father left with no one, or nowhere, to turn to. This indignation can be felt as the intricate psychedelic riff detonates into a tornado of reverberated sax grooves, seemingly capturing the exasperation of a lost soul unable to find guidance. But by the time the intimate, heart-plucking ballad, “Little Man” comes round, Chris finds himself delivering an excruciating ode to his son, rediscovering strength while singing; “you are the best in me”. This sense of resilience is accentuated by the uplifting rings of the brass band, whose brazen sounds of optimism generate a real emotional high-point for the album.

The strength and potency of Morningstar lies within the palpable atmospheres generated by Chris and eminent co-producer, Derek Downham. This can be felt through the rich instrumentation, which enhances every ounce of emotion, from the stubborn bass synth which propels you into the stratosphere on “The Greatest of The Americans (Part 1)”, right down to the delicate woodwind sounds which invoke a hypnotic sensation on the reflective “The Promise of Airfields”. While typically battling with a dense, heavy mix, Chris identifies the shallowest of pockets, introducing quirky elements which help transcend the brilliance of this record to unimaginable heights. The best example of this lies within the dreamy, ocean-like bridge on “Waves of Stone”, whereby which the lyrics “I was drowning on my own” become abruptly cut short by the onslaught of a rowdy chorus, smothering Chris’ vocals like a tidal wave crashing over a head who’d distressingly swam to the surface for air.

But while certainly a despondent album, Chris finds time to accept this new reality, alleviating the pain while taking enormous strides forward on tracks such as “Learning to Love” – a radiant song through which his healing heart vibrates while singing about “learning to laugh again”. The fittingly titled “Grace” culminates the album on a reflective note, as the pain has settled, and the mist has descended, Chris finally realizes “there was love in you leaving”. This ties together an emotionally fuelled album, whose 14-track length spans the stages of grief, from shock to anger and then finally acceptance. With countless exceptional guitar solos and an exhaustive portrayal of heartbreak, Morningstar’s boundary-pushing blues offers an expansive, desolating take on what was a truly agonizing period for Chris.

– Waves of Stone (feat. Jarekus Singleton)
– Trust In Me
– The Promise of Airfields
– Little Man 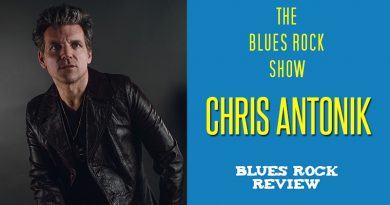 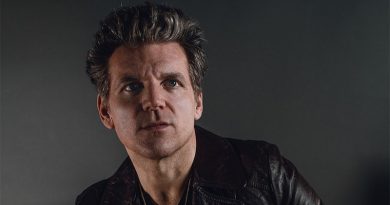 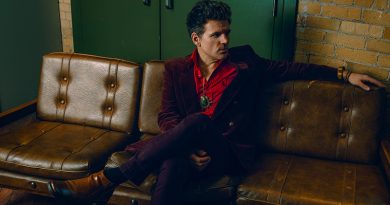