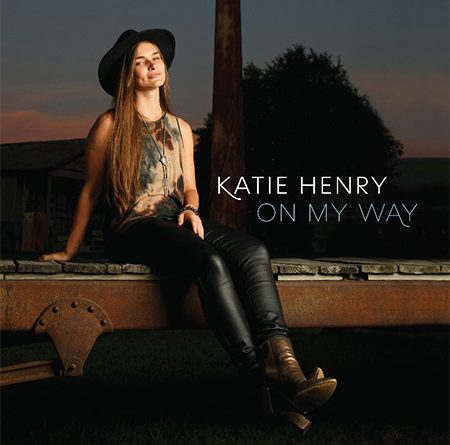 Katie Henry is pleased to announce the January 28th release of On My Way via indie blues giant, Ruf Records.

Leading up to the new release was Henry’s 2018 debut, the Blues Blast and IBMA-nominated. High Road. What followed was a starburst of media acclaim, including Henry Yates of Classic Rock, NME, and The Guardian, saluted “a runaway talent you need to keep up with.”

Now, with her sophomore release, On My Way, Katie has found another gear. Whether slinging her trusty Gibson SG, hammering the keys, or hollering up a storm, these ten original songs, co-written with bassist and slide-guitarist Antar Goodwin, announced her as an alchemist who creates gemstones from the base metals of American roots.

The New Jersey songwriter certainly paid her dues, banging on doors, playing piano until her fingers bled, and winning over audiences, one show at a time. With fiery guitar chops and natural charisma, she was soon an NYC favorite. Those there remember songs of various genres; blues, rock, R&B, funk, pop, soul, and country, and her stage presence evoked Bonnie Raitt and Janis Joplin at their most magnetic. The story goes that at one early show, a fan astutely observed: “It’s like she’s got John Lee Hooker in her pocket!”

And while High Road was the introductory handshake, On My Way is the profoundly personal second album on which Katie gives you her beat-up heart. The album, recorded in May 2021 at Brooklyn’s Degraw Sound, was produced by Ben Rice (guitarist.) In addition, Antar Goodwin (bass/slide guitar,) Kurt Thum (piano/organ,) Greg Wieczorek (drums/percussion,) plus British harp ace Giles Robson fleshed out the line-up.

“We recorded the album live during the pandemic,” reflects Katie, “and it was so fun to be able to record in a room with people after feeling isolated for such a long time. The majority of the album was recorded live, and I love that feeling. It’s like capturing lightning in a bottle.”

Katie Henry’s eyes are firmly on the horizon. “Catch me if you can,” she sings on the closing track of the same name, and it’s not just a challenge to her peers but an invitation to her growing army of fans as she forges ahead. “A lot of these songs are about letting go,” she considers. “And how scary, but ultimately liberating, it can be.” 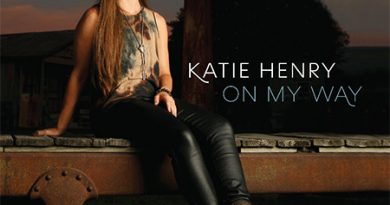 Katie Henry: On My Way Review