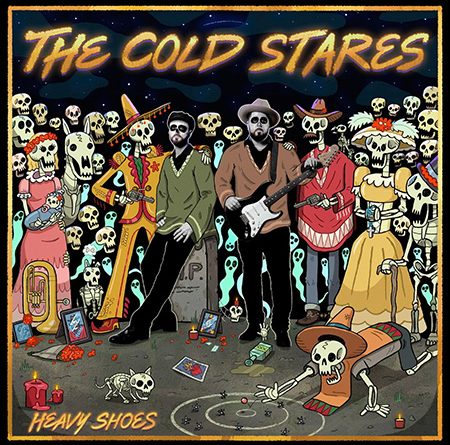 A bold declaration of “less is more,” the naked simplicity of the modern two-piece rock outfit has proven difficult to wield. Many try. Most fail. The Cold Stares depend on this austerity. From their debut LP, A Cold Wet Night and a Howling Wind, The Stares have eschewed the ready conveniences of studio over-gloss, or even the addition of more members. A riff, a lyric, and the chops to effectively deliver them—The Cold Stares offer their latest retro treatise in the form of Heavy Shoes.

The title track contains one of the catchiest, soft-clipped fuzzy riffs in recent memory. Drummer Brian Mullins’s note-restrained, yet sound-heavy approach to rhythm allows Chris Tapp the freedom to expound upon his thoughts through his guitar and his voice. “Strange Light” demonstrates similar artistry and excellent musicianship. The tune, like most of the set, deftly moves between verse and chorus. The crunching, crushing sound easily grabs attention, and the curt guitar interlude leaves quickly enough to keep listeners wanting more.

Most tracks on Heavy Shoes take a similar approach: The riffs and music are loud, but pleasing to the ear, the verse to chorus transitions are distinct, but fit nicely with one another, and the songs never overstay their welcome. This doesn’t imply that the tunes are repetitive. “Take This Body From Me” hews closer to the best parts of early ‘70s rock. “In The Night Time” paints a very swampy picture, aided by the conspicuous addition of some brooding organ work, and the closer, “Dust In My Hands,” turns down the intensity just enough to ease listeners out of the set.

An aspect that shouldn’t be overlooked, but will likely take a couple of spins to notice, is the quality and weightiness of the lyrics. “Election Blues” marries hard electric blues with strident messaging that results in one of the album’s standout songs. The best tune of the group, “40 Dead Men,” contains many dark musings that work perfectly with the fast pacing and urgent energy. With a drastic change in tempo during the middle third and memorable lines like, “40 men dead, shot in the head. 40 men dead, fields turn red,” the song elicits memories of Black Sabbath’s “War Pigs.” The Stares do a great job of taking an influence and creating their own original piece without aping bands of the past.

Inevitably, some listeners will be turned off by the stripped-down approach that The Cold Stares use on Heavy Shoes, as they have for most of their career. Those who prefer nuance and raw expression of modern electric rock will find a lot to like, and perhaps even love, on this latest offering. Heavy Shoes serves as both a great entry point for those unfamiliar with The Stares, and another reason for music fans to start including their name alongside The Stripes and The Keys when discussing the revival of two-piece, rock-blues-punk purveyors. 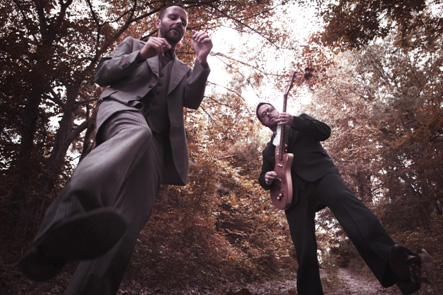 The Cold Stares: A Cold Wet Night and a Howling Wind Review 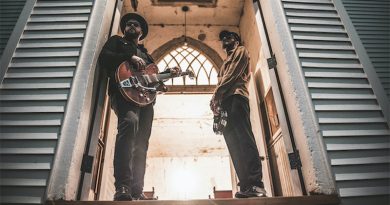 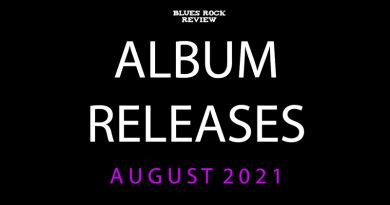