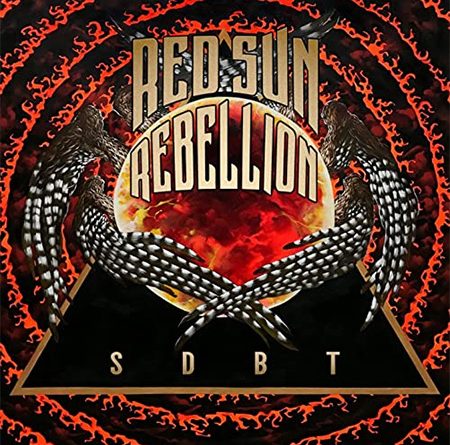 Hitting the road since 2017, the Floridian power trio Shaw Davis & The Black Ties just released their third full-length album Red Sun Rebellion. Delivering powerful blues rock since their debut album (Shaw Davis & The Black Ties, 2017), the trio continues blazing their path from the blues to hard rock. They impress with an embodied sound, in spite of the minimalist format of the band.

The hard rock of “Higher” is the opening track, setting the tone that the band pursues throughout the album. In a power trio, the bass has the impressive role of occupying all the harmonies of the song while supporting the guitar in the solos. This is clear to see in the track “Heart To Steal”. “Promised Land” has a nice intro guitar riff perfectly followed by the vocals and lyrics. In this song, the solo’s tune and range fit amazingly binding the gaps between the verses.

Then things start to get slower on “If I Stay This Way”. It starts with a clean melody that includes notes insertions through a nice chord sequence. This song highlights all the instruments, that go independently therefore harmonically bonded, supporting Shaw’s soulful vocals. The guitar solo evolves from clean tones to a nice crunch that leads the band to a climax.

Sometimes I get myself wondering how new songs by deceased guitar geniuses’ like Hendrix or SRV would sound like if they are still alive and performing nowadays. That instantly came to my mind when I first listen to the track “No More” and I thought “that’s what Jimi Hendrix probably would do…”. The intricated “Black Flagged” goes in a row with its resemblance to the (modern) Metallica approach.
“Straight Ahead” is another good surprise on the album, with a little bit slower rhythm, clean tones, and snippets of guitar solos between the verses. One more time, in the pre-solo interlude you’ll probably feel that dèja vu feeling.

Until listening to Shaw Davis’ I thought the heaviest version of “Rock Me Baby” that I ever listen to was the recorded by Popa Chubby. In this track Shaw Davis effectively puts things in his way, transforming the BB King classic into a powerful hard rock song. The blues rock of “Too Far Gone” is a genius way to close the album. The guitar chords are really strong adding weight to the song, while the drumand bass steadily carry the harmonies.

Shaw Davis & The Black Ties are relatively new names in the blues rock scene. Despite that, besides their sophomore album Tales From The West (2019), Red Sun Rebellion now comes to solidify their path, adding more hard rock and distortion to the genre. It’s worth checking it out. 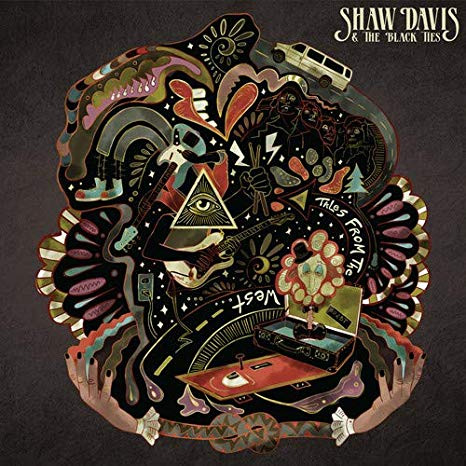 Shaw Davis and The Black Ties: Tales From The West Review