Cooking isn’t truly recognized as one of the seven great arts like music is, which isn’t quite fair considering that cooking is something that can hold aroma, beauty, memories, and, mainly, taste. No doubt, it’s an excitement for the senses, as the music also is. So, what do you think of listening to music while cooking? That’s always was an automatic act for me, almost like flossing before tooth brushing or check my pockets when going out from home. It’s that kind of moment when I turn up the volume and dig into the details of a song, paying attention in a back vocal part or just thinking “Man, how can he do this with the guitar!”. Jimmie Bratcher, the “Electric Rev.”, seems to take moments like this much more seriously than me and on a pretty different and tasty level.

I’m Hungry is the 11th album from Jimmie Bratcher and will be out on April 23. As its name proposes, the album is a celebration of cooking, or better, home cooking, turning food into the main subject in a blues record. “I Love Her Name” is a blues rock piano boogie that praises food, because “…three times a day she gives all I need…”. Aside from the unusual lyrics, it’s a very nice song, highlighting the piano and guitar solos. In “Mama Won’t Fry No Chicken” the bass notes seem to walk throughout the song. The back vocals and the Hammond give a special “taste” in this song, mixing with the finger-picking guitar lines in the solo. Its lyrics reflect the situation of cutting off fried food following medical orders. “Bacon Is On My Mind” is an electric blues that counts with vivid piano insertions.

Not only bearing a lot of meaningful social sense exposed in Covid times but also keeping the subject “in the kitchen”, “Government Cheese” brings a funky groove to the album. Certainly, Bratcher gives a new meaning to this Keb Mo tune. “Where You Gonna Stop” treats the ruthless question of choosing a place to eat when somebody visits barbecue’s capital, Kansas City, Missouri.

“Greasy” is an instrumental tune, with a bluesy guitar melody. The band does an excellent job supporting the guitar, whose tones are perfect. Bratcher also brings some complaints with “Chicken Tastes The Same”. But even so, the banjo slides and horn lines neutralize that, giving a country air to the song. “Green Bananas”, aside from being a nice tune remixed from the album The Electric Rev. (2007), is used by Bratcher to tell an anecdote experienced by his old friend’s dad in a grocery shop in Southern Louisiana. “Grits Ain’t Groceries” and “Bologna Sandwich Man” are different kinds of blues that complete the album’s menu. After all that sort of musical food, it’s not bad digesting with another instrumental tune “Happy”, uh?

The blues genre bears a lot of feelings either on lyrics or interpretation. There’s a lot of history written and unwritten on it, but almost ever associated with suffering or love. But Bratcher decided to explore an unusual side of music… and cooking. Musically, I’m Hungry is a huge recording. Lyrically, it’s fun, but it’s also colloquial and strictly related to home and people issues. Literally, I’m Hungry can also be acquired in a bundle, with a cookbook. For the Rev. Bratcher, just cooking listening to the blues isn’t sufficient. You have to taste it. It’s necessary to sing it, to put the food inside of the blues. 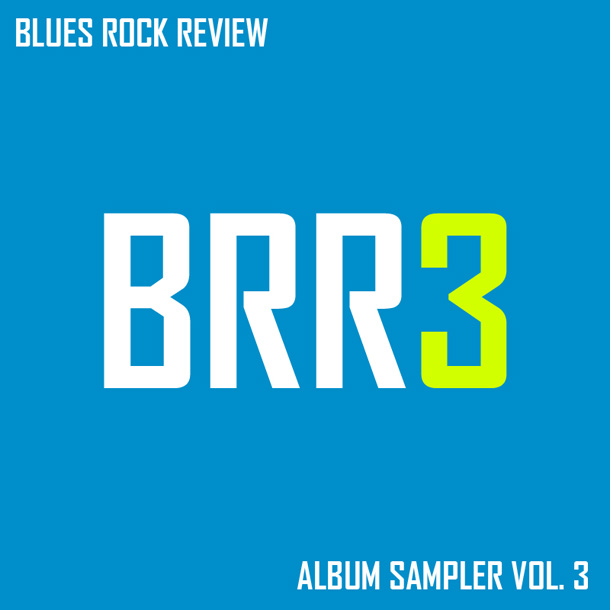