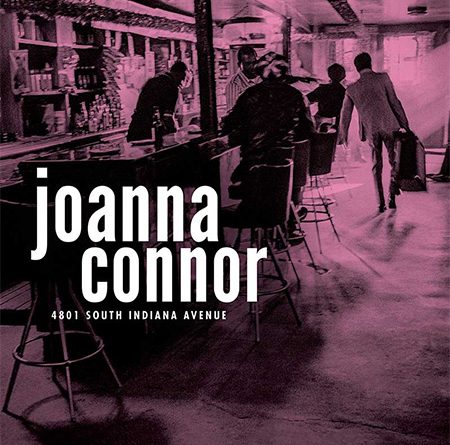 Following the success of an album like 2019’s Rise, many musicians would hew closely to their established format and feel, building on strengths, while avoiding large, risky departures from a proven winner. Perhaps due to a life lived as a true performing musician who values artistry and authenticity over commercial success, Joanna Connor instead takes a bold risk with 4801 South Indiana Avenue. She is a fearless veteran who appears to be entering a new phase of her career.

The title of the album is as telling as it is cryptic. It refers to the location of Theresa’s Lounge, a south side Chicago club that once hosted some of the finest blues in the world in a no-frills barroom setting. And with the help of producers Joe Bonamassa and Josh Smith, Connor creates a set that gives listeners a glimpse at what music might have been played at Theresa’s were it around today. For a studio album this technically stellar and concisely written, it is soaked in a rawness and energy that exceeds many live performances.

Connor wastes no time opening “Destination” with fiery-rapid fire slide-licks that display an impressive combination of speed and precision. Reese Wynans provides a full-bodied piano underpinning that allows the vocal call-and-response duo of Connor and Jimmy Hall to flex their singing muscles. The same piano heft reappears on “Come Back Home,” this time with the tandem of Calvin Turner (bass) and Lemar Carter (drums) driving the song with a rhythm both thick and punchy. While the structures of both opening tunes remain largely traditional, Connor’s gritty, blistering solo’s are anything but, and the open feel of Carter’s percussion on the peppy “I Feel So Good” and “Please Help” allow Conner to show her virtuosity as a rhythm guitarist.

“Bad News” might be the strongest number of the bunch for a number of reasons. With a lot of nuanced sonic texture, and possibly the best version of the triple-headed guitar attack of Connor, Smith, and Bonamassa, listeners will appreciate the willingness of the team to stretch this number out a bit. “Cut You Loose” breaks away from anything expected, beginning with the opening fuzzy riffs and acoustic slide. Tempo changes throughout the song and creative verses make for one of the set’s most interesting listens, and also sets a high bar for what hard modern blues can aspire to.

The final track, “It’s My Time,” finishes the set nicely while exploring a calmer, more serene aspect of Connor’s voice. And it is Connor’s voice that provides an extraordinary surprise on this album. Instrumental ear-candy, including tons of memorable guitar, is to be expected with an artist/producer pairing like this. However, listeners would be advised to dedicate a spin to focus solely on Connor’s vocal range, intensity, and vulnerability. Her lived-in grit and conviction bolster a voice that carries her songs by itself, even though most people have come to know her for her guitar.

The album contains too many bright points to list in one brief review. Tasteful and judicious use of extra-musical sounds, great horn arrangements, and the many clever lyrical turns of phrase are just a few treats that are left for fans to discover themselves. The album delights from cover to cover and each individual song reveals new gems with each listen. 4801 South Indiana Avenue might be Joanna Connor’s best, and its bold, powerful character suggests that her next may likely be even better. 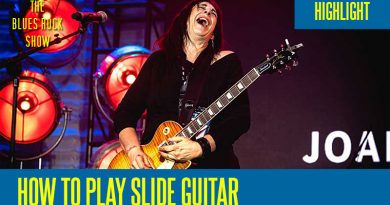 How To Play Slide Guitar