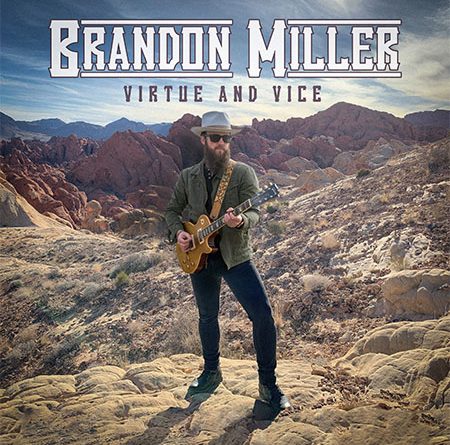 Virtue And Vice is the fourth album released by the Kansas City guitar player Brandon Miller. After a couple of years playing aside Danielle Nicole, Brandon shows with Virtue And Vice a remarkable songwriting talent in an album with plenty of rock, ballads, and acoustic tunes. The album has eleven original songs, along with enthusiastic covers of George Harrison’s “While My Guitar Gently Weeps” and Tom Petty’s “Honey Bee”.

Keeping the rock vibes as showed in his last album, Live At Knuckleheads (2017), on Virtue And Vice, Brandon still shows excellent guitar tones, as can be heard in “Gone”. The title track “Virtue and Vice” and “Ain’t Welcome Here No More” give a clue that this album has plenty of strong and powerful guitar riffs.

The ballads are “Dirt to Stone” and “Captured By You”, with very clean tremolo guitar lines and pleasant keyboards insertions. Some songs on this album have pronounced acoustic sections, but don’t lose the rock soul. This is a kind of approach that can be heard on songs like “Win To Lose” and “Love Ain’t No Guarantee”, made in a way that enriches the composition and shows that the song always comes first.

“Road Less Traveled” is another song that keeps this same path, along with brilliant slide lines, giving a taste that country music is also an influence on Brandon’s work. Even on the cover tunes, besides the nice work reproducing those classics, the guitar sounds make a unison through the tracks, letting no doubt about the rock core that Brandon built for this album.

Virtue And Vice is an album where you can find genuine care in the songwriting. In some way, you feel that the songs are a kind of fruit from the miles and miles of the road, either concerning the guitar layers and tones, lyrics, or the outstanding arrangements.  Certainly, it’s a rock album that goes straight to the point, without shortcuts or euphemisms. 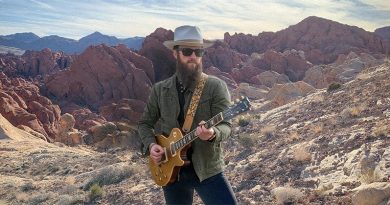