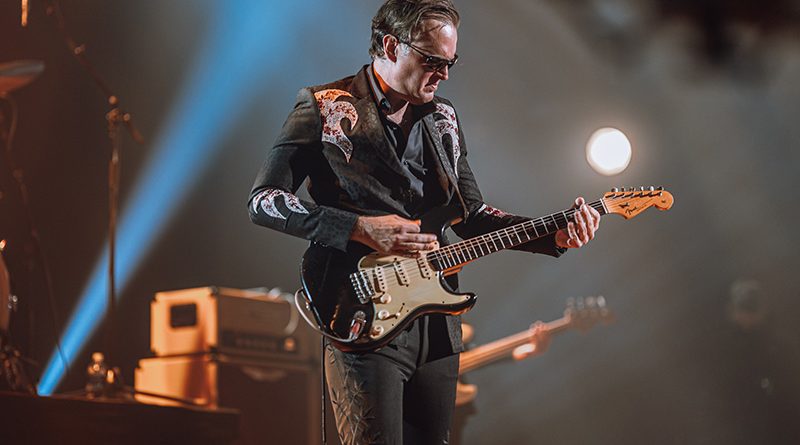 Joe Bonamassa is known for his ability to adapt and roll with the changes. It’s the reason why he’s built a tremendous career in a genre that sees very little mainstream coverage. Not only has Bonamassa built a career most musicians would envy, but he’s more importantly sustained that career by continuing to evolve with the times.

When the pandemic struck, musicians around the world were put out of commission. In today’s streaming world, touring is king. It’s how musicians make their livelihood. Bonamassa generally performs at two to three thousand seat theatres and the ability to do that in front of fans again likely won’t happen anytime soon.

Enter the livestream show. Many bands have taken to live streaming shows. However, livestream shows are a bit of a mixed bag. Many artists perform them simply using a cell phone while others are using professional cameras with pro audio setups. Live Pay-Per-View shows are now a way for musicians to earn income performing their music. In the world of blues rock, we’ve already seen artists like Marcus King, Eric Gales, the Allman Betts Band, and Larkin Poe do live Pay-Per-View shows.

If you’ve ever attended a live Bonamassa show you know that Joe doesn’t cut corners. Every detail is meticulously planned. That was certainly the case with this livestream show from the Ryman Auditorium in Nashville, which was a massive undertaking with countless people involved in the production.

Setting Up To Watch The Show

With a livestream show, there are several ways to watch. Kudos to Bonamassa’s team for sending out an email before the show started with ways to watch on different platforms like using a smart TV, Roku, etc. For a concert experience, simply watching on a laptop isn’t going to cut it.

The first option I looked at was using Google Chromecast. Google Chrome’s browser has a “Cast” option which allows you to cast your browser’s screen to your smart TV. I had the All-Access package which allows me to access any Bonamassa live DVD/Bluray concert, so before the show started I tried the Chromecast option with a previous Bonamassa show. Unfortunately, the audio was a bit out of sync. That’s no fault of Bonamassa’s production, but an issue with streaming from a computer to the smart TV which caused a little bit of lag. I had never used the “Cast” option before using Google Chrome, so perhaps there’s a workaround fix.

I ended up plugging in an HDMI cable from a laptop to my 55 inch smart TV and that worked perfectly. For sound, I was using a Yamaha YAS-108 soundbar. Again, for a livestream show, getting proper sound is extremely important.

Also, I would highly recommend figuring out your setup before the show begins, so you don’t have to waste time figuring out technical details.

The concert had the feel of a normal Bonamassa live show, although the production levels were amped up a bit. There was a big screen jumbotron backdrop and the lighting was top notch. There were also multiple camera angles with engaging shots.

The performance featured Joe and his band live from the legendary Ryman Auditorium in Nashville, Tennessee in front of 1,600 cardboard cutout fans. These were fans who purchased the VIP option. Cutout fans have been a popular option with professional sports teams and Bonamassa is the first musician I’ve seen use the concept.

This show featured Bonamassa performing his brand new album, Royal Tea, which will be released on October 23. Playing the entire record in the livestream was a smart play to entice fans by giving them new material they hadn’t heard before.

“When One Door Opens” kicked things off and the sound quality jumped out right away. The audio sounded huge and top notch. That’s something Bonamassa prides himself on in all of his shows.

After the first song, there’s dead silence, which is the weird part of not having fans. It has to be extremely weird for the musicians when they’re used to hearing cheers and then there’s nothing. They dimmed the lights after each song, which I feel did a good job of taking some of the attention off the fact there’s no crowd at the show. Bonamassa later mentioned in the show that they didn’t add any noise in between songs because he wanted it to be a snapshot living in the time we’re in. Many sporting events are funneling in crowd noise at games without fans, but Bonamassa chose not to go that route.

He played nine tracks off Royal Tea and certainly didn’t show any rust. “Why Does It Take So Long To Say Goodbye” is one the singles Bonamassa has already released and was a definite standout in the live environment as was “A Conversation With Alice.” The latter featured a slide solo from Rob McNelley, which was interesting to see a guitar solo from someone other than Bonamassa at one of his shows. Bonamassa went off for a solo of his own and the live version featured some extended guitar and backing vocals from Dannielle DeAndrea and Jade Macrae that really added to the track.

Other standouts included “I Didn’t Think She Would Do It” which featured a memorable riff with Joe’s wah-wah guitar and the emotionally charged “Beyond All Signs.”

After the tracks from Royal Tea, there was a four-minute intermission followed by Bonamassa performing songs from A New Day Yesterday, which was released 20 years ago. Bonamassa also performed “Evil Mama” from the Redemption album.

Following Bonamassa’s set there was an After Party Showcase featuring up and coming talent from the blues rock world. It’s great to see Bonamassa continue to use his platform to help promote other artists in the genre. Donations were taken during the showcase to benefit the Fueling Musicians program which Bonamassa started to help musicians during the pandemic.

Each ticket purchased for the livestream concert also included a donation to the Fueling Musicians program, which has already raised over $320,000 for musicians.

Joe Bonamassa’s first livestream concert featured what we’ve come to expect from Bonamassa, incredible guitar, a tight performance with top notch production and sound. The stream had zero issues and didn’t lag either. Considering this was hosted on Bonamassa’s website and not a platform like YouTube or Facebook, that was good to see.

Nothing can replicate the feeling of a live show but livestream concerts presented like this one are the next best option at the moment. Many artists in the blues rock world are playing gigs at venues with 50 to 100 people. However, for Bonamassa to continue producing a product his fans have come to expect, the livestream is the only way they’ll be able to get that in the near future.

With his livestream concert, Bonamassa shows the music industry that livestream shows are a viable alternative for artists when done in a professional manner.

Joe Bonamassa’s new album Royal Tea is released by Provogue/Mascot Label Group on Friday, October 23rd.
Pre-order the album from North America– www.jbonamassa.com and from the UK and Europe – www.mascotlabelgroup.com/Joe-Bonamassa-announces-new-studio-album-Royal-Tea-Pre-order-now 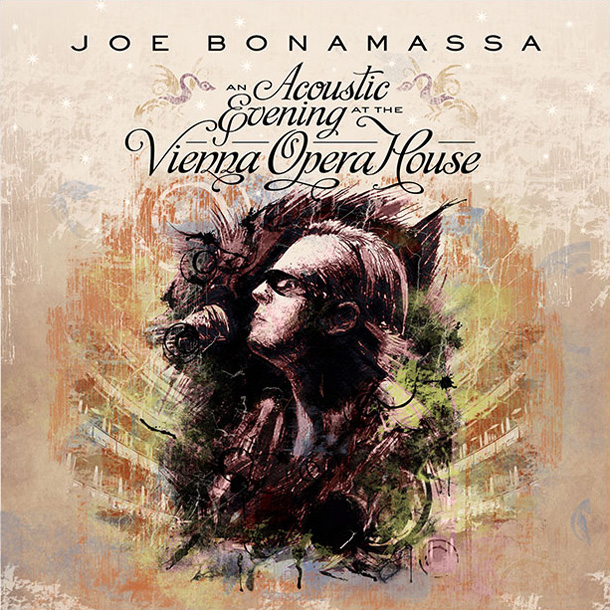 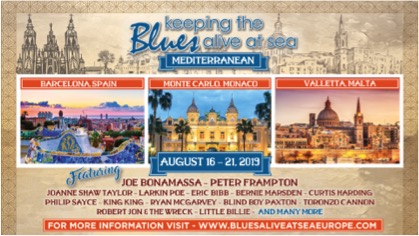 14 thoughts on “Bonamassa remains at forefront with livestream show”