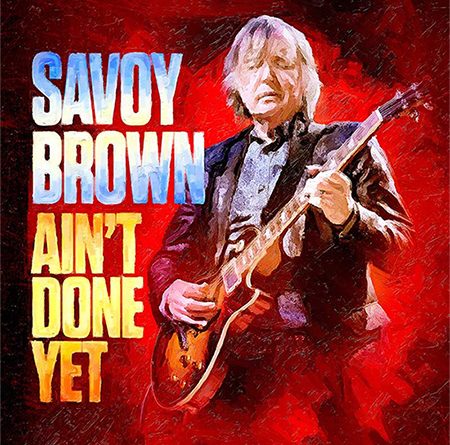 Bruce Quarto, QVR founder and CEO said, “Quarto Valley Records is honored to continue working with Savoy Brown on this second QVR release, “Ain’t Done Yet,” which is now one of my all-time favorites. Its full of great energy that is the trademark of all their blues rock music. Everyone who hears it will immediately agree that Savoy Brown ain’t nowhere near done yet.”

“The new album continues the approach I’ve been taking with the band this past decade,” says guitarist/singer/songwriter Kim Simmonds, who formed the band in 1965 in London, England, and is one of the longest running Blues Rock bands in existence. “The big difference with the new album is the multi-layer approach I took to recording the guitar parts. It’s all blues-based rock music. I try to find new and progressive ways to write and play the music I’ve loved since I was a young teenager.”

Simmonds has been the group’s guiding hand from the first singles released in 1966 through this newest effort, Savoy Brown’s 41st album release. On the new record, Simmonds (guitar harmonica, vocals) is joined by his long-running bandmates Pat DeSalvo (bass) and Garnet Grimm (drums).

“Ain’t Done Yet” was recorded at Showplace Studios, Dover, New Jersey. I produced the album and worked closely with studio owner and engineer Ben Elliott. It’s a studio I’ve used many times before and it has a rich history of blues rock musicians recording there including Keith Richards, Eric Clapton and Leslie West.”

“This is the sixth album I’ve made with Ben Elliott since the 1990’s, and on previous ones I’ve had various guests join me including Hubert Sumlin, Lonesome Dave Peverett and Duke Robillard,” continues Kim. “Shortly after making “Ain’t Done Yet,” Ben Elliot died. I have dedicated the new album to him. It will be the last album recorded at Showplace Studios.”

Energetic blues has been the calling card of the band from the beginning, but Simmonds infuses the 10 tracks on “Ain’t Done Yet”with a new spirit and vitality – plus some serious guitar chops – in a variety of styles and roots sounds that transcend the Blues Rock idiom. “I emphasized song content on the new album, and left room for band improvisation,” he admits. “For instance, there are two acoustic-based songs and also two six-minute songs where I’m able to stretch out on guitar solos.”

“Ain’t Done Yet”kicks-off in high gear with the album’s first radio focus track, “All Gone Wrong”. “I’ve always liked All Gone Wrong, and it’s one of my favorites on the album,” declares Simmonds.

Savoy Brown will support the release of “Ain’t Done Yet”with a late summer tour that extends through 2021.

The three-piece line-up includes Kim Simmonds on guitar and vocals, Pat DeSalvo on bass and Garnet Grimm on drums. This trio has established itself as the longest-running consistent line-up in the band’s history, now going strong for more than 10 years. Their legacy continues with the 2019 release of City Night on the California label, Quarto Valley Records. 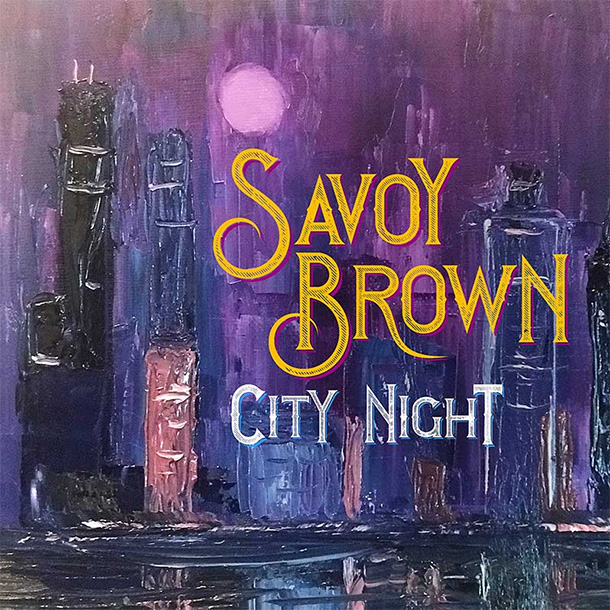