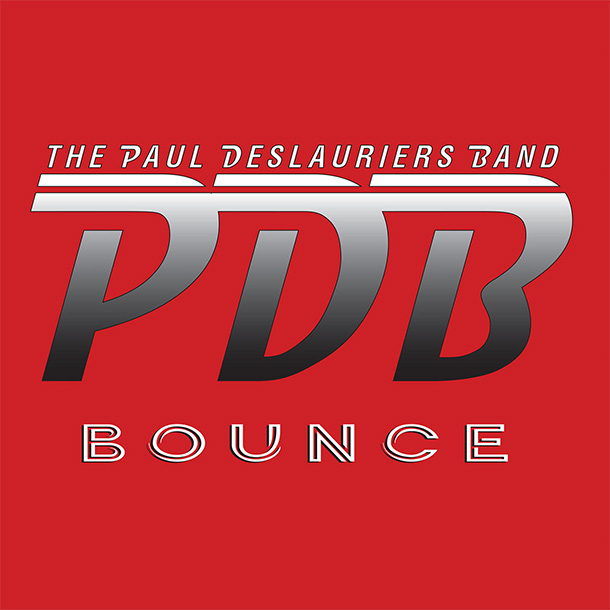 The Paul Deslauriers Band, at its core, rocks like a 1950s group. Not to say they’re retro or rockabilly. They’re not. But the underpinning of Bounce is a very 50s American sound (coming via Montreal), adorned with some contemporary blues and rock and roll touches. It’s a lot of familiar sounds but Deslauriers’ guitar-playing and singing bring an intensity that put a shine on their material.

Deslauriers is the all-too rare singer/guitarist who’s equally talented at both. He has a strong rock and roll voice that works on fast songs, but also conveys emotion when the band slows things down. And while all of his guitar playing is solid, his slide work is a pleasant surprise. And his band, drummer Sam Harrisson and new bassist Alec McElcheran, establish their musical personalities without tracks feeling like they’re getting pulled in different directions.

“Happy Wasting Time with You” is a great example of the album’s sound. It’s a familiar blues rock progression that could have been written or recorded any time in the past seven decades. Deslauriers’ slide guitar guides the song, like the road ice that makes a car skid, but that also moves the vehicle down the highway. Deslauriers’ slide isn’t chaotic, but it creates an excitement beneath the song. And, of course, his vocals inject a fun gravitas.

One of the album’s best tracks is “Driving Me Insane,” which is surprisingly funky. The vocals are bombastic rock and roll, but in an accessible way. The guitar solo is wild, going to lots of different places, and feeling downright out-of-control. But Harrisson and McElcheran stick to Deslauriers, helping the guitar to stay within the song’s lines.

“Jumpin’ at Shadows,” the Duster Bennett tune made famous by Fleetwood Mac and Gary Moore (unfortunately, separately) is a slow blues featuring J.P. Soars. While the band is a power trio, the track has some lovely organ that goes a long way toward softening the song. Deslauriers’ vocal is impossibly vulnerable. He has an effortlessly powerful voice, which allows him to lay back on his vocals—just a bit—making his performances feel natural. He’s not trying to wow us. It’s just a side-effect of his talent.

Bounce can meander at times. “Loosy Goosy Jam #769,” an instrumental, delivers on the premise of the title way too well. “Waiting On You,” the album’s final track is a pretty, serious slow blues, much like “Jumpin’ at Shadows,” that eventually transitions into a big rock finish, like a cross between The Who and Deep Purple. While it’s a very cool way to end the album, the nearly-11-minute track doesn’t necessarily hold up to repeated listening.

Deslauriers has a big rock voice that isn’t afraid to show some sensitivity. He’s also an impressive guitar player. While his band isn’t breaking much new ground musically, that concept works for their sound because there’s something charmingly throwback about Deslauriers. He rocks hard but isn’t afraid to show some emotion. His ability to unite those two sides makes this an album worth hearing.