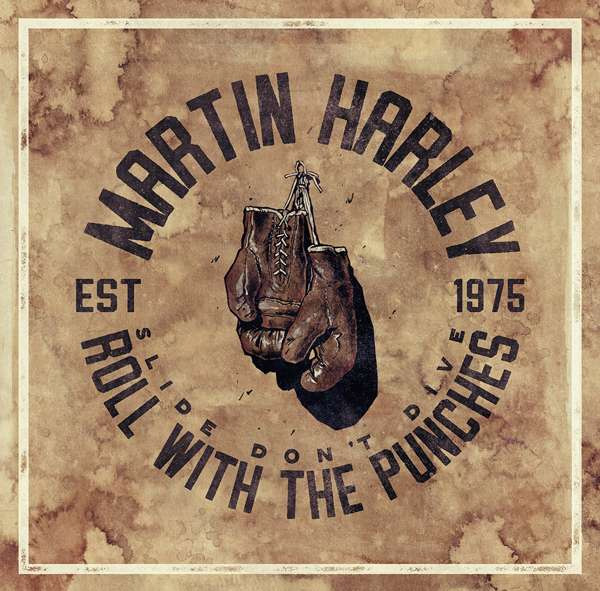 Accompanied by drummer Harry Harding, bassist Rex Horan, and Johnny Henderson on the organ, Martin Harley is back with his newest album, Roll With The Punches. The British guitarist and songwriter recorded this album from a chapel in the woods of Pembrokeshire. With more electronic and rock aspects, the album is an exciting listen that keeps listeners on their toes.

Roll With The Punches opens with a title track that features a classic blues rhythm and falling melody. Harley’s gospel-like vocal line is backed by satisfying drums that pick up to the end, preparing listeners for a dynamic album. The third song on the record, “Hotel Lonely,” is a perfect example of Harley’s dynamism. The song’s grunge-style guitar works nicely with a rock drumline that suddenly begins to build alongside Harley’s vocals towards the end of the song. The comedown of the song, “Brother”, shows listeners a gentler side to Harley’s songwriting. With soulful, warm vocals and comforting lyrics, “Brother” features dashes of electric guitar, a nice contrast to the softer nature of the song.

While all the songs on Roll With The Punches showed off Harley’s talents as a songwriter and musician, the most exciting song on the record has to be “Putting Down Roots”. The strumming pattern featuring strumming was a unique touch that set the song apart from many other contemporary blues rock artists. Combined with Harley’s catchy vocal hook, “Putting Down Roots” is an ear worm that you can’t help but listen to over and over again.

Roll With The Punches is an engaging new release for blues rock fans to check out. The album’s unique style and engaging melodies contribute to its Americana country feel.