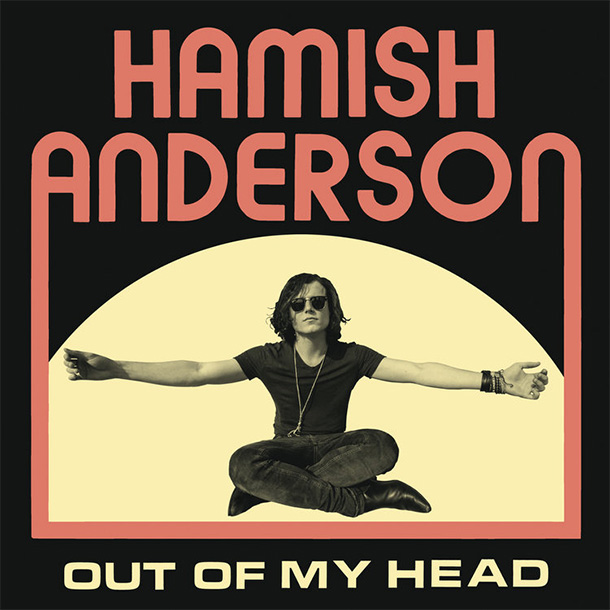 Far from the blues’ roots in the American South came a voice that listeners compared to velvet, a calm and controlled instrument backed by a steady blues guitar and inspired by the genre’s three recognized kings (Albert King, B.B. King and Freddie King). This voice, which belongs to the Australian singer/songwriter Hamish Anderson, delivered a debut album, Trouble, in 2016, a collection that triggered the release of two strong singles and jettisoned Anderson to the surface of the blues scene. Three years later, Anderson’s back with his sophomore effort Out of My Head, an 11-track album set for release in late May.

Out of My Head kicks off with “No Good,” a single Anderson released last summer that’s one of the album’s best standouts. Driven by Anderson’s vocals with a strong guitar and organ presence, the song moves the way a good modern blues track should, maintaining a quick but steady rhythm while providing a voice for the kind of lyrical themes (“Now I see it / You’re no good for me”) common with traditional blues works. The second official single, “Breaking Down,” follows, another track that picks up the pace and gives it momentum before Anderson takes his foot off the gas and lets the album take a breath. “What You Do To Me” launches the ballad train—it’s groove-heavy and romantic, the kind of music you want to hear when the bar’s approaching closing time, smoke hovers just beneath the low ceiling and patrons are slow dancing to the crooner in the corner.

“Out of My Head” is another steady, mellow track that fits in with the album’s easy-going vibe, a song that’s enjoyable on first listen but surrenders quickly to “The Fall,” which benefits from Anderson’s interest in cross-pollinating genres and packs its nearly four minutes of music with a magnetic groove that’s hard to shake. It’s on songs like these that Anderson is strongest, a balladeer with a guitar and a head full of lyrics that trigger the mind and heart. This album shows Anderson settling comfortably into the role he carved out for himself with Trouble, still eager to explore the ways in which he can pull elements of Americana, rock and blues together and determined to figure out how best his music can contribute. With this album now on its way to fans’ ears, we’re already excited to hear where Anderson will take things next.