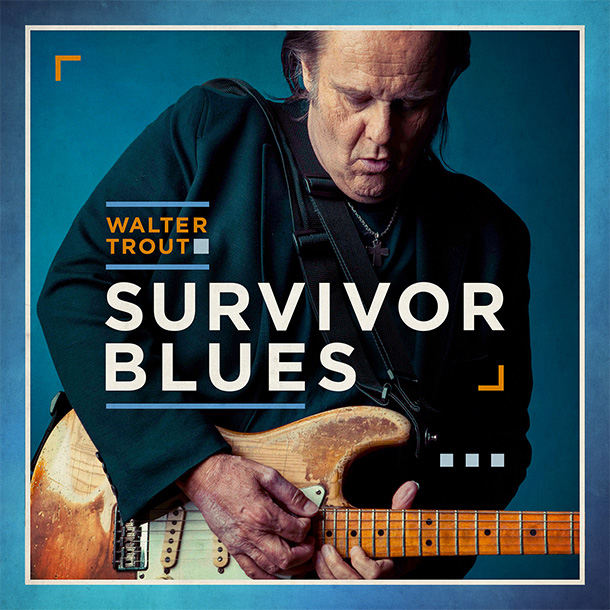 Walter Trout is back, and he’s once again encouraging his listeners to embrace the blues in a new way. For Survivor Blues, which Trout recorded for release on Provogue Records at Robby Krieger’s private studio in Los Angeles, Trout had dozens of songs in mind that he was interested in covering and, with the help of his wife Marie, narrowed the list down to 12. Odds are good that you haven’t heard most of these, even if you are a diehard blues fan—and that’s precisely the point of this album.

“The songs are survivors,” Trout recently told Blues Rock Review. “They remain beautiful and relevant.” Trout’s idea for this project came when he heard Muddy Waters’ oft-covered “Got My Mojo Workin’” on the radio—another cover by yet another band. After spending decades immersed in the genre as both a fan and contributor of new material, Trout recognized the value of exposing new audiences to classic songs and realized there was an opportunity for him to do the same with songs that are often overlooked.

Beginning with Jimmy Dawkins’ “Me, My Guitar and the Blues,” Survivor Blues takes listeners through songs by Sunnyland Slim, Otis Rush, J.B. Lenoir and others, with Trout skillfully steering his band through heavy hitters like “Woman Don’t Lie” and “It Takes Time” and transforming Lenoir’s delicate “God’s Word” into the slow burner that concludes the album. Like most of Trout’s projects, Survivor Blues features a nod to John Mayall, hearkening back to Trout’s time performing with Mayall’s Bluesbreakers and the collaborations they’ve shared as peers and friends in the years since. After revisiting Mayall’s catalog, Trout chose “Nature’s Disappearing” for its cultural relevance and the challenge it posed to bring the tempo and volume down. “We approached it very differently, very quietly,” Trout said. “There’s not even one drum fill. We really tried to pay homage to the original, but we also tried to keep it dynamically quiet.”

The effort behind this version of “Nature’s Disappearing” is what makes Trout’s records so exciting: At 67 years old, he’s eager to tackle new challenges with each project and doesn’t settle for easy answers when picking his next move. His vocals are strong and his guitar playing is on point, as sharp and focused as ever. Now that Survivor Blues has wrapped, Trout already has his sights set on the challenges ahead: first an American tour with dates through April, then whittling down what he estimates to be 150 original songs, a handful of which will appear on an album that he hopes to release in late 2019. The year is shaping up to be an exciting one for Trout—and it all starts when Survivor Blues officially drops on January 25.

– Me, My Guitar and the Blues
– Be Careful How You Vote
– Nature’s Disappearing
– God’s Word

Me, My Guitar and the Blues 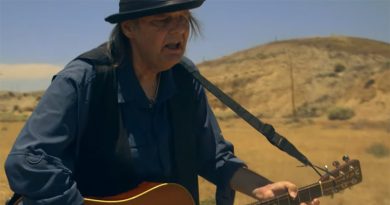