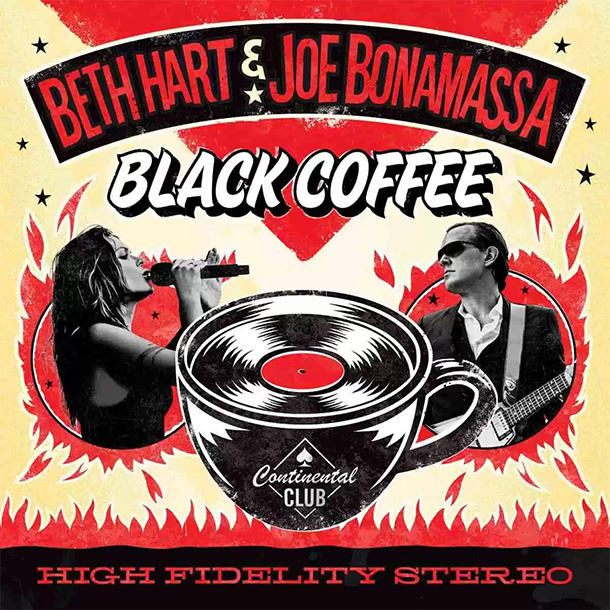 Beth Hart & Joe Bonamassa fans need wait only a little while longer for their third studio album Black Coffee. For those who have followed the grammy nominated duo for Don’t Explain and Seesaw, Black Coffee’s highly anticipated January 26th release date will seem much farther away than a number of days.

Multiple articles could be written on the first song, “Give It Everything You Got,” alone. It opens with Bonamassa’s distorted heavy rock guitar that wails with a powerful and confident intensity. This is immediately followed by a drum fill that introduces a trumpet section. Both of these sections match Bonamassa’s intensity, and yet do not step on the guitar line in any way. The three high energy lines work together, excite the listener, and manage to never overwhelm.

All of this takes place in the few seconds before Hart’s powerhouse vocals enter and define the sound that is to come. It is immediately clear that Hart’s voice is not ordinary. There are so many wonderful mixes of Janis Joplin and Nina Simone in her warm, rich, colorful voice, and yet even comparisons to great singers do not accurately portray the unique quality. Hart’s voice is of course technically impressive. Her range and skill level are notable, but the tones that she is able to achieve, both soft and gritty, are all her own.

“Give It Everything You Got” breaks from these haunting vocals to a very impressive and still supportive guitar bridge. The low range, thick, distorted guitar rests gracefully on top of a grooving and beautiful horn section. Bonamassa’s soul comes through every quick and skillfully played note in this section.

“Lullaby of the Leaves” is a surprising, exciting, but not jarring change in this album. Of all of the unique covers on this album, this song in particular is imagined by the duo in an unimaginable way. The creativity brought into this well known tune is done so purely, that one could think that Hart and Bonamassa had only ever read the sheet music to the tune before playing. Even so, the song remains true to the most beautiful elements of the song. It does not sacrifice the songwriting for the sake of arbitrary twists. Any decoration or melodic change is done deliberately and with purpose. Bonamassa opens up the bridge with the guitar, and raises the intensity in such a natural way. He gives the song the push you didn’t know it needed, and takes it to another place.

Not a single song on Black Coffee is a let down. There is something special and worth listening to on every single track. The way that “Joy” stands out among so many strong songs is a great feat. The opening lines are both rough and with a strong sense of captivating control. Despite the high energy, the level of control makes the listener feel at ease and excited simultaneously. As satisfied as you can be by the groove alone, Bonamassa comes in with Hendrix like phrasing and sensibility, giving the listener an even greater sense of ease that is made possible by nostalgic guitar lines.

The title track “Black Coffee” is a masterpiece in which Hart wows a little bit more with each passing phrase. The sparsity of certain melodic lines make the next coming line all the more anticipated, and Hart doesn’t disappoint. It’s thrilling to hear effortless vocal runs with believable grit and emotion. Hart could say “Black Coffee” over and over again in the same exact way and it would be exciting each time, however Hart’s slight variations serve to further a narrative more and more with just two words.

Beth Hart & Joe Bonamassa have created an album in which all of the parts are completely working together and are in service of one another. Even if they weren’t masters of their particular crafts in the way that they are, the album would be a hit from sheer collaboration and communication alone. Separately these musicians are gifted, but together, they really make something special.

– Give It Everything You Got 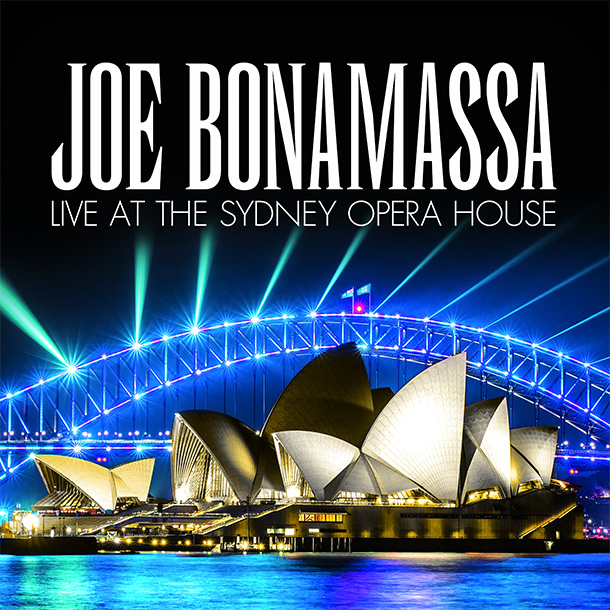 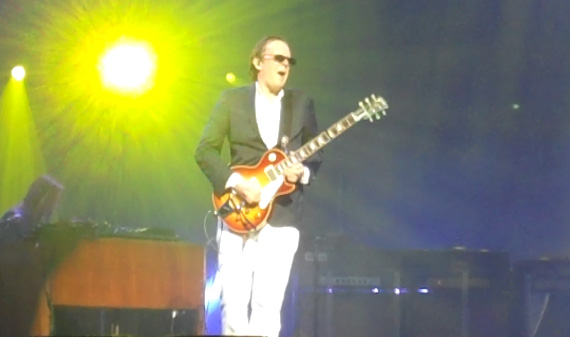