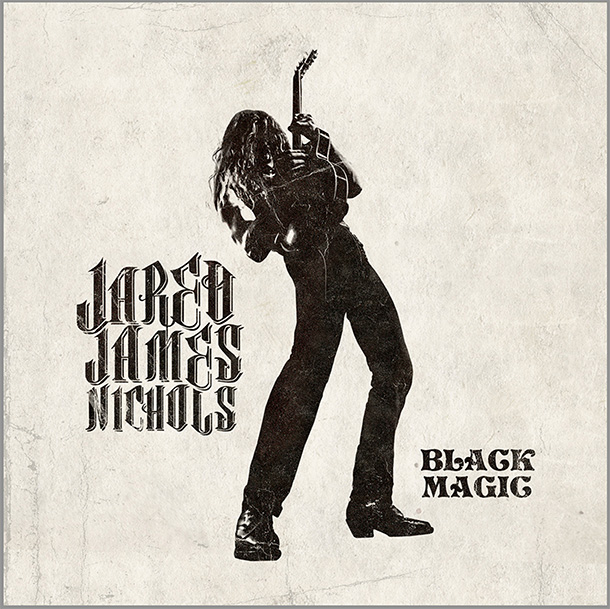 Black Magic is an album as exuberant as its creator: it’s spunky, bouncy and about 10 other adjectives that can be used to indicate energy and enthusiasm. Of course, there’s also a guitarist with serious chops behind the microphone, so that helps. Set for release on October 27 via Listenable Records, Black Magic (produced by Tony Perry) will be Jared James Nichols’ second album, a reinforcement of what Nichols established on his 2015 debut Old Glory & the Wild Revival: he enjoys playing loud, hard and wild rock ’n roll–and he’s good at it, too.

Having never seen Nichols perform live, I get the sense from this album (and from general Googling) that the energy on songs like “The Gun” and first single “Last Chance” gets magnified onstage–after all, this is an artist who’d already performed at more than 500 concerts by the time he was 21 (in the seven years since, he’s performed at hundreds more). There are moments on the record–“Last Chance” is a perfect example–when it sounds like Nichols time warped from the 1980s, still fueling the screams and axe virtuosity of (and this is not a diss) some of that decade’s better hair metal bands. (Might Nichols be a fan of Skid Row’s Sebastian Bach? Hmm…) Though the album is marked by touchstones from rock’s evolution over time, Nichols has made it clear that he’s trying to bring his own interpretation of the blues and rock into his music. “I didn’t grow up I the ‘70s, I wasn’t there for that,” Nichols told our own Rory Auskerry during a recent episode of Route 66: One for the Road. “This is my interpretation. This is the way I feel this genre could go.”

Black Magic’s second of 10 tracks, “The Gun,” shows Nichols’ thoughts in action. The first song written for Black Magic, “The Gun” shifts between haunting and heavy tones and is peppered with hints of blue notes and bluesy lyrics (“The river deep / the mountain high / The rain is coming / Gonna fall from the sky”). This is a stark difference from Nichols’ initial visualization of the song. “That was originally a Delta blues, slide guitar song,” he told Auskerry. “I just didn’t want to do that. I said, ‘That’s been done to death so many times; what can I bring that’s new to that?’ So that’s how it turned into this big raging bull of a song, with the huge drums.”

Big sound, big drums, big ambition. The album has a hefty sound that’s full and purposeful, which is why Black Magic is fun to listen to. The album has few moments where the enormity of its sound takes a back seat to more delicately delivered notes–but that’s okay, because Nichols sounds best when he’s going all out. “I always say that we need to keep pushing forward and trying new things,” Nichols told Auskerry. “Sometimes they work, sometimes they don’t–but the interpretation? We have to keep that real.”

Catching up with Jared James Nichols