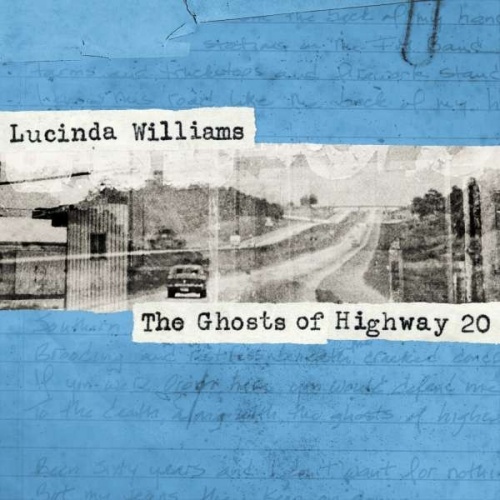 Lucinda Williams said in an interview that 2016’s The Ghosts Of Highway 20 is 1998’s Car Wheels On A Gravel Road, Part Two. The reason why Williams compared them is because they are both full of stories from the highway. The Ghosts of Highway 20 is Williams’ 13th release since Ramblin‘ came out in 1979. The album opens with “Dust,” which all highways have plenty of and Williams sings about how “even your thoughts are dust,” in her most plaintiff voice, accompanied by the metallic sounding guitars of Bill Frisell and Greg Leisz. It’s a strong song to begin the album with featuring the phenomenal guitars of Frisell, who is a phenomenal jazz guitarist with a career reaching back to the 1970s, and Leisz who is a co-producer as well as the other amazing guitarist of the group, along with bassist David Sutton and drummer and percussionist Butch Norton.

In “House of Earth,” Lucinda Williams composed the music that she paired with the words of American folk icon, Woody Guthrie. The song is an a very emotional ode to the role that prostitutes play in the grooming of a husband. The song moved this writer so much that it is one of his favorite can’t miss tracks. “I Know All About It” is a downbeat slow tune that is a tirade of advice given to an obstinate listener who could be Williams’ friend or relation. “Place In My Heart” is an beautiful composition that weave’s Lucinda’s chanteuse voice along with the amazing guitar combination of Frisell and Leisz once again.

“Death Came,” is an eerie composition both in sound and lyric; “Death came, death came and gave you his kiss.” Why is the grim reaper always portrayed as a male? There are a total of 14 cuts of classic Lucinda Williams compositions and performances rounding out an album that alternates between succulent electric guitar leads and seductive singing. “Doors of Heaven” is a slow loping number, while “Louisiana Story” showcase’s Williams’ sexy voice singing about a childhood both idyllic and tragic with biblical imagery. The title song, “The Ghosts of Highway 20” twangs with the same echoing of electric guitars as the rest of the album, except that Val McCallum replaces Bill Frisell. The song was co-written by Williams and Tom Overby the third producer besides Williams and Leisz. “Bitter Memory” is an upbeat song about depressing thoughts

The only cover on the album is Bruce Springsteen’s “Factory,” with guitarist Val McCallum providing a twangy Duane Eddy axe hammering for the lonesome tune as Lucinda sings “it’s just the working life.” “Can’t Close The Door On Love” is a love ballad. “If My Love Could Kill” is an ironic composition that expresses feelings possibly about someone with a terminal disease like Alzheimer’s’ or Cancer. Williams sings, “If my love could kill… I would kill this Destroyer of brilliance, destroyer of hope.” The Sound is flavored with a Spanish accent accompanied by crisp guitar licks. “If There’s A Heaven” once again ponders a theological question presented in the gospel genre. FAITH & GRACE Another song about faith and religion using biblical metaphors as the band hauntingly plays with Frisell, performing as the lone guitarist with Ras Michael on the Jamaican hand drum. The song and album ends with Lucinda harmonizing with Frisell’s guitar as she sings the phrase, “Get Right With God,” which was a song title on Car Wheels On A Gravel Road.

All in all the album is classic Lucinda Williams, doing what she does best, by delivering thoughtful lyrics that delve deep into the human psyche and delivering the message through her throaty voice and an arsenal of instruments played by some of the most adept musicians in the business. 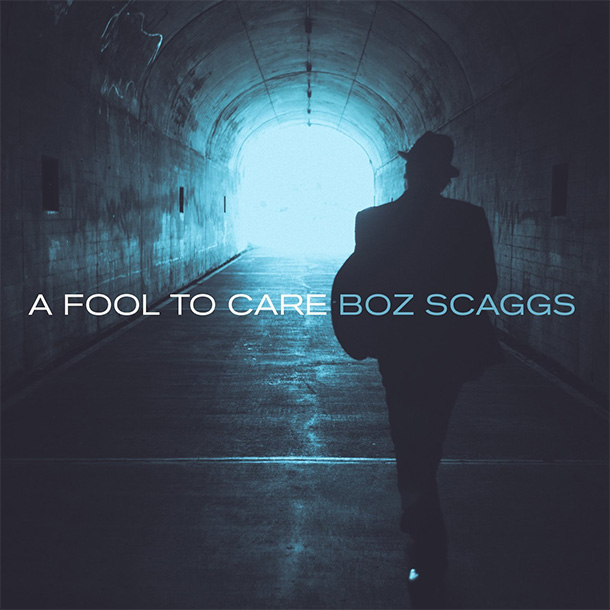