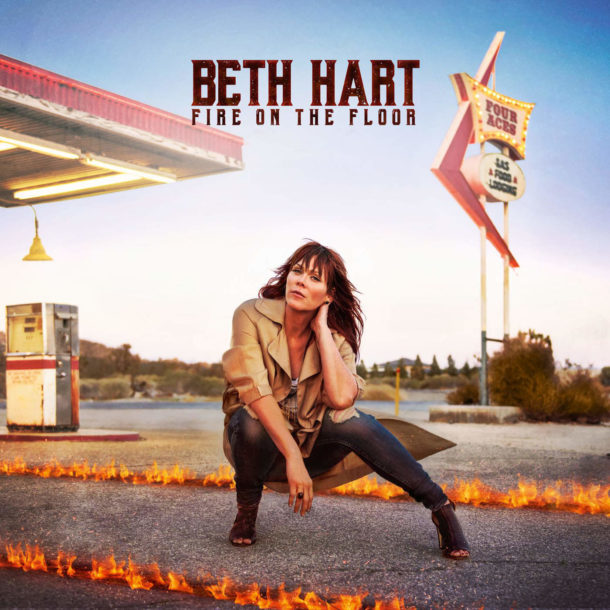 Beth Hart’s voice was made for Fire on the Floor. Just as she can growl the low, smoldering notes in a blues song, so too can she swing her voice in fit accompaniment to a jazz tune. Her vocals simmer like water set at a low boil: they murmur over the shifting tempos, bubbling to the surface until a song needs them to pop. Fire on the Floor is an aged album with a twist: reminiscent of 1930s and ‘40s jazz and soul, the album’s blips of electric guitar and organ serve as gentle reminders of the modern age.

Fire on the Floor begins as an escape into a bygone era with “Jazz Man” and “Love Gangster.” Hart transforms into a Jazz Age singer, channeling her inner Billie Holiday as she coos the sugary lyrics of “Coca Cola” and growls on the title track. “Fire on the Floor” is slow burning, piquing against a backdrop of haunting keys as Hart warns, “The pain gets real comfortable when it’s all you’ve got.” Hart pulls out her gentler voice for album closer “No Place Like Home,” a response to her 2015 album Better Than Home and a reflection on years spent on the road as a touring artist.

In spite of the vocal ferocity in several of its tracks, Fire on the Floor has significant moments of vulnerability. Hart sings “Woman You’ve Been Dreaming Of” from the perspective of a woman who fears she is losing her significant other to a secret lover. The song oozes heartbreak through lyrics that Hart sings to sound devoid of hope and full of hurt. Its emotional honesty makes for difficult listening, though the impact Hart achieves through her performance is rewarding. The intensity continues in “Picture in a Frame,” a delicate number that was written part for Hart’s recently deceased producer, Michael Stevens.

It’s difficult to pin Hart’s work to a single genre, and Fire on the Floor isn’t any different. It’s a soul album, mostly, with elements of blues and jazz and rock mixed in, an appropriate reflection of Hart herself. Recorded in late 2015, Fire on the Floor is out now in Europe and will be released in the United States in February 2017.

– Fire on the Floor

One thought on “Beth Hart: Fire on the Floor Review”