New to Australia’s rock scene is Datura4, a blues-influenced band reminiscent of the psychedelic guitar sound that the 1970s knew too well. Actually, Datura4 is new to the stage, but its members are not. Four years ago, front man Dom Mariani (formerly of the Stems) began playing with You Am I’s guitarist Greg Hitchcock in Fremantle. In the years following, drummer Warren Hall and bassist Stu Loasby joined what has since become a small collective of Australia’s musician underground. Adjectives like “boogie,” “psychedelic” and “vintage” have all been used to describe Datura4’s sound, and in this case listeners and reviewers are right on track.

Datura4’s debut album Demon Blues was released earlier this month on Alive Natural Sounds Records and has already gathered a healthy number of positive reviews from critics throughout the music world. One listen to the title track explains why, though the four-piece proves they know what they’re doing long before “Demon Blues” hits at the album’s halfway point. “Out With the Tide” is a strong start to the record, a raunchy number that pumps the album up to a running start with its guitar-fuzz crescendos. Other fast-paced tracks include “Hoonsville” and “Pissin’ Up the Wall,” both of which pair heavy-toned guitar melodies with the kind of driving rhythms that are difficult to avoid tapping along to. While most of the tracks have that simultaneous modern and vintage rock feel, “Another Planet” transports listeners back in time four or five decades to when bands like the Birds and the Yardbirds played for crowds of screaming fans.

From beginning to end, Demon Blues is a fun listen for people who wish the ’60s and ’70s never ended. Those were arguably two of the best decades in music, so who’s to say we shouldn’t go back in time every once in a while? Datura4 makes the old new again, and it’s a pleasure to listen to what they’ve come up with.

– Demon Blues
– Another Planet
– Out With the Tide
– Killjoy 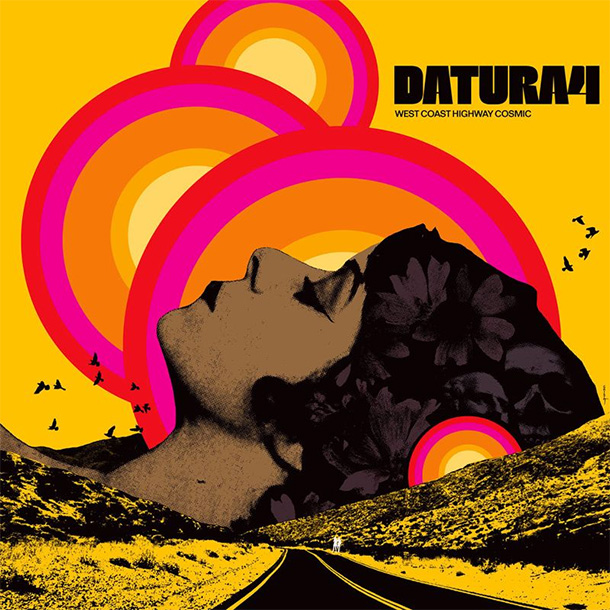