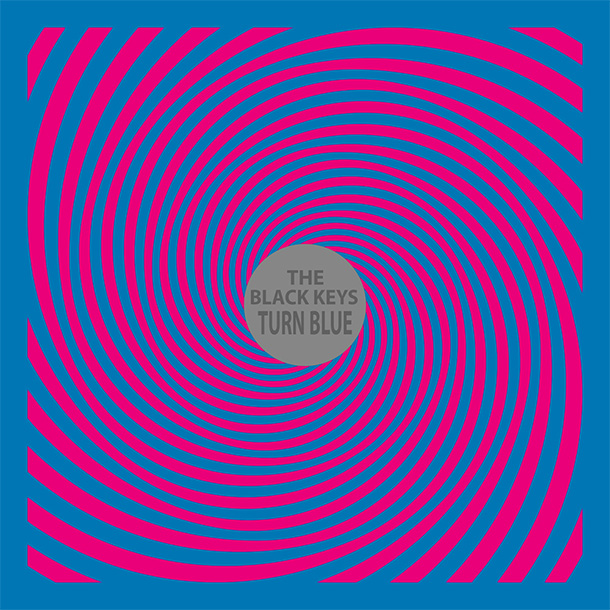 Turn Blue is the 8th studio album by the Akron band, The Black Keys. The Black Keys consist of Dan Auerbach and Patrick Carney.  As a follow up their well received 2011 album El Camino, the hype surrounding Turn Blue was outstanding. Turn Blue takes a slight twist on the classic Black Keys sound, plunging into the psych rock genre.  Turn Blue was produced by one of the most notable producers of today, Danger Mouse.

The introductory track, “Weight of Love” packs a Pink Floyd-esque punch. The track has an undeniable psych-rock feel. The first few chords and eerie background whistling transport you back in time to the days where lava lamps were an acceptable form of in-home lighting. “Weight of Love” flows almost effortlessly into the next track, “In Time.” “In Time” features more piano than what is generally seen in Black Keys song, all while still embracing the psych rock vibe. Auerbach’s slight falsetto croons on asking “Where do we go?” The title track, “Turn Blue” is the second single off Turn Blue. This track has a sexy and sultry sound. Although the song may sound sultry, it’s as if Auerbach is questioning quite a bit when it comes to life in general, especially seen in lyrics like “In the dead of the night I start to lose control/But I still carry the weight like I’ve always done before/It gets so heavy at times but what more can I do/I got to stay on track just like pops told me to ”

“Fever” is the first single off of Turn Blue. “Fever” is extremely catchy. The drum beat that kicks off the song immediately catches your attention and then rolls into first verse of the song. “Year In Review” is another drum heavy track, showing off Carney’s skill. “Year In Review” changes things up with the addition of female backing vocals. “Year In Review” is a look back of a poisonous relationship, trying to find where things exactly went wrong. Right before the three minute mark we hear some of the heaviest guitar riffs of Turn Blue paired with some well placed electronic elements. “Bullet In The Brain” seems to be another nod to Pink Floyd. The slow and melancholy lyrics and tempo bring the psych rock sound back to the table.

“It’s Up To You Now” is the most unique sound on the album. The song rolls along interrupted every so often with short quick bursts of sound before it all breaks down with a slick guitar solo. Auerbach’s voice is rather monotone, but this allows for most of the focus to be spent on both the guitar and drum pieces. “10 Lovers” has the most classic Black Keys sound. This song feels like it could be tucked into nearly any of the other Black Keys albums if tweaked accordingly. “In Our Prime” is the false ending to Turn Blue. Once you hear it, you start to think its bar close in terms of the album. The pace slows down considerably and you’re ready to turn things in after a successful night. “Gotta Get Away” becomes the after-party of Turn Blue. You’re taking the party back to your place and “Gotta Get Away” is the anthem powering you through the rest of your evening. The Tom Petty-esque riffs perk the album right back up before the album ends, leaving you ready to keep partyin’ on.