From from the ashes of Black Country Communion, California Breed is one mean rocking band that have formed and are set to release their debut self-titled album. With thoroughbred rock giants Glenn Hughes and Jason Bonham in the band, it already has the recipe for a big sound. Filling in the guitar slot is the young, but completely electrifying Andrew Watt.

From the first few bars of “The Way,” it is evident this band is striding down a path of that incorporates the face melting melodies of decades ago, then mixing it up with a some seriously heavy 21st century structure. Hughes has a voice that thrills and enthralls, wonderfully complimenting the instrumental side of California Breed.

The track “Midnight Oil” is a high point in the album. Bonham’s drumming is hard and constant, a real Zeppelin throwback. The screeching chorus has a great harmony added to it and Watt gets to slip in and out of soloing with ease.

The album is a fantastic package of energy and punch, a real treat for those classic rock fans looking for something new. There’s no point in wearing earplugs when California Breed are around, the sound is armor piercing.

– The Way
– Chemical Rain
– Midnight Oil
– All Falls Down
– Invisible 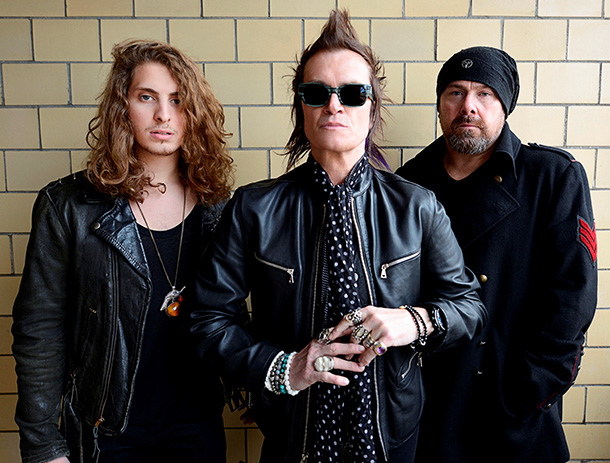