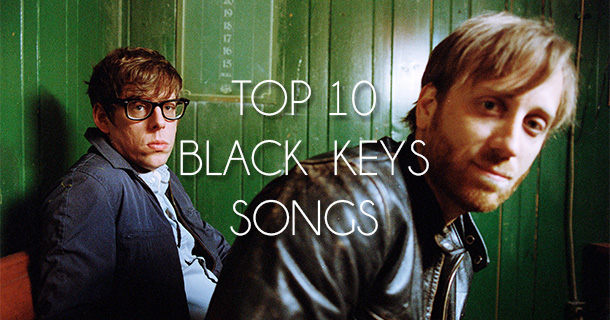 The Black Keys have been recording spectacular blues rock for over a decade. Through their seven studio albums they have crafted a compelling narrative chronicling their evolution from playing in small bars and basements, to headlining festivals like Coachella and Lollapalooza. A duo consisting of vocalist and multi-instrumentalist Dan Auerbach and drummer Patrick Carney, The Black Keys have channeled the work of their influences into a unique collection of albums that speak to the new generation of rock fans. Let’s take a look at some of their best works.

“I’ll Be Your Man” is a track off The Black Keys’ debut album, The Big Come Up. This song fits perfectly on their 2002 debut, and strikes up feelings about finding new love.

Anyone who has seen The Black Keys since their album Brothers was released knows that “Ten Cent Pistol” was one of the most memorable moments of the show. Auerbach truly has a perfect voice for expressing the emotion behind his lyrics. “There’s nothing worse in this world/ than payback from a jealous girl,” croons Auerbach. Part of what make The Black Keys so incredible is their ability to create a story and finish it, and “Ten Cent Pistol” is a testament to that.

The Black Keys’ fourth album, Magic Potion, spawned the blistering track “Your Touch.” Auerbach’s explosive guitar is the main attraction on this cut. Its catchy progression and crunchy riffs prove “Your Touch” to be one of The Black Keys’ most exciting songs.

“Gold on the Ceiling” is a track off El Camino, released in 2012. At this point in their career, Auerbach and Carney are superstars. The shining production on El Camino recalls their 2010 album Brothers and hints at a new chapter in their discography.

“Everlasting Light” is probably the deepest cut on The Black Keys’ fantastic 2010 album Brothers. The punchy drums and shining production, once again with the help of Danger Mouse, push this track into platinum status. This track is notable due to Auerbach’s use of falsetto vocals. “Love is the coal that makes this train roll,” sings Auerbach, making it clear this song is rich with personal sentiment.

One of The Black Keys’ earliest releases, “Thickfreakness,” is a testament to the gritty talent of Dan Auerbach and hit guitar. The title track to their 2003 album, “Thickfreakness” clears a fuzzy path with its crunchy riffs and beckons back to the blues narrative created by heroes like Robert Johnson and Muddy Waters.

“I Got Mine” is a track from the explosive album Attack & Release. The production on this track is incredible, thanks to the strong presence of producer/musician Danger Mouse. Released in 2008 before The Black Keys exploded into the mainstream, this track foreshadows the immense success of this blues outfit.

Another cut off the 2010 album Brothers, “Tighten Up” is perhaps one of The Black Keys’ most well known songs. It is definitely one of drummer Patrick Carney’s most memorable moments. It’s one of the most excusable moments for a listener to stop playing air guitar and pick up a pair of air drum sticks, but that isn’t without the help of Auerbach’s melodic authority. 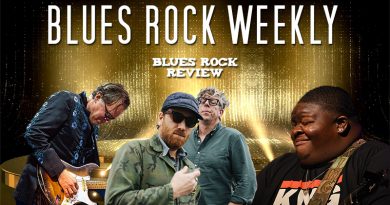