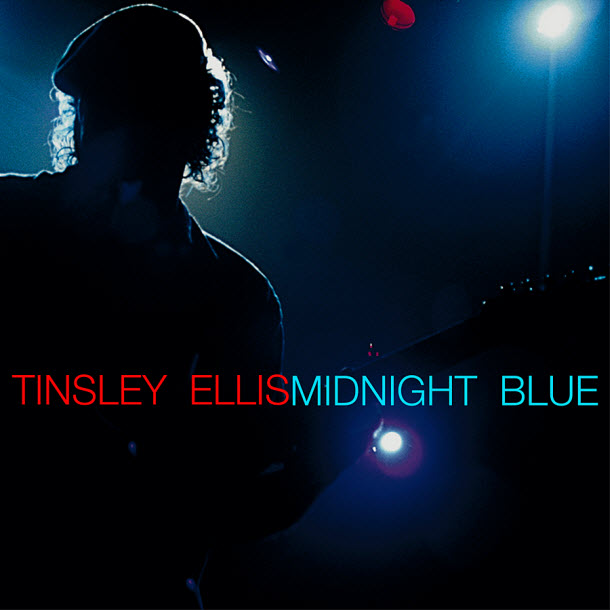 Only one year after his last release, Tinsley Ellis gives us Midnight Blue, his second album on his Heartfixer Music Label and on this release we see him return to the gritty blues rock style that made everyone really take notice of him 20 years ago on Storm Warning. Tinsley has always been known for his aggressive fretboard work and also his emotional vocal style. This album delivers both in spades.

It’s not all powerful rocking songs like the opening track, “If The River Keeps Rising,” which starts out with an ominous little acoustic bit that with a powerful bass and drum drop delivered by Ted Pecchio (Tedeschi/Trucks Band), and drummer Lynn Williams (Delbert McClinton) suddenly changes into a dark electric guitar riff. There’s a few songs on here that have recognizable influences. “That’s My Story” is reminiscent of early ZZ Top. There are two tracks that have some pretty obvious Clapton influences. “The Only Thing” is a track that has a bit of a very early Cream vibe to it while “Harder To Find” has an atmospheric sound reminiscent of the Clapton ’80s hit “Pretending.” “See No Harm” slows things down quite a bit with Ray Charles’ soulful slow blues that is further accentuated by the keyboards of Kevin McKendree (Delbert McClinton, Brian Setzer) while Tinsley drops little short phrases between his spot on vocals.

Meanwhile there is some variety scattered throughout the album. There’s a couple of R&B style tracks with the smooth love song “Surrender” and the much more upbeat and wha-wha filled “Peace And Love.” “It’s Not Funny” changes things up quite a bit with a boisterous New Orleans feel. The true highlight of this album is the slow minor blues that it closes out with. Ellis clearly expresses love lost on the track “Kiss Of Death” with his crying and howling guitar together with evocative lyrics like – “If I can’t have you baby, I might as well drink gasoline”… “lovin’ you’s the kiss of death for me.”

With at least 15 albums under his belt, Tinsley shows no signs of going soft. Midnight Blue proves that he can clearly still deliver some emotional blues and his signature searing guitar work. We can only hope that he stays on this track of an album a year on his own label. 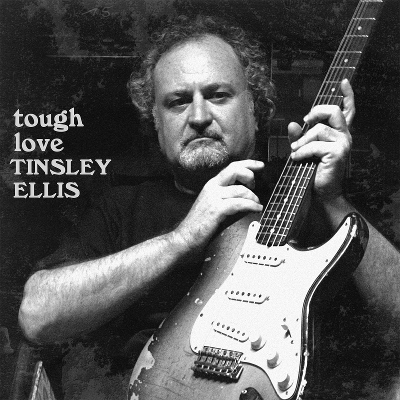 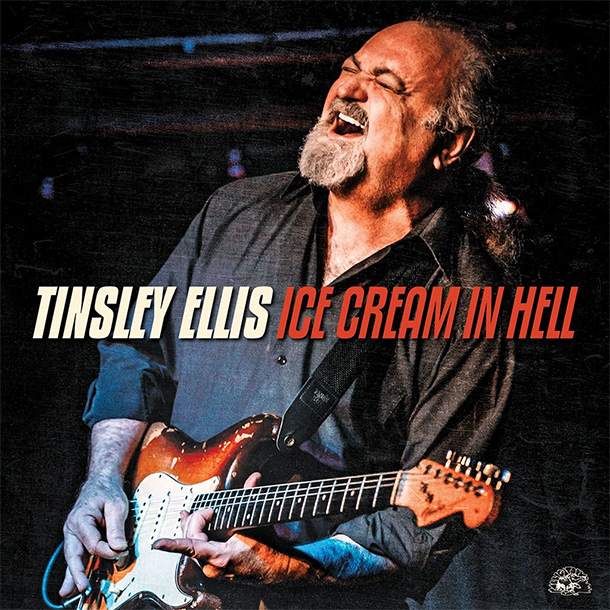