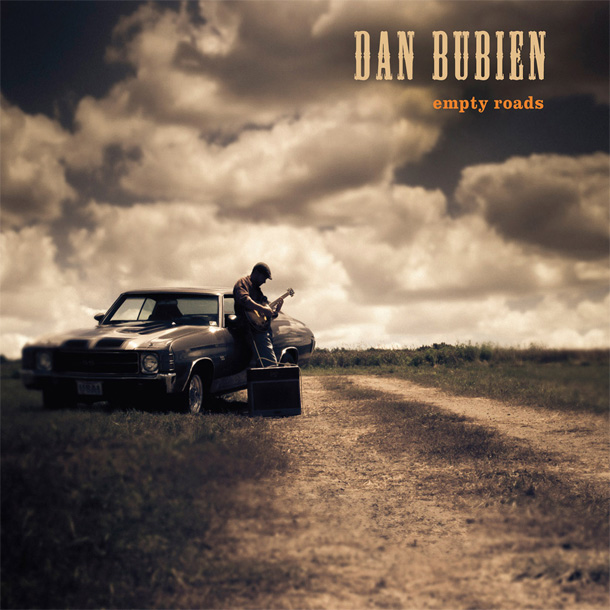 Singer, songwriter, and guitarist, Dan Bubien of Aliquippa, Pennsylvania has come out new album titled Empty Roads. There are 11 original songs covering genres from blues to funk and R&B. Musicians on the album include Gary Ripper on bass, Timmy Mabin on keys, Andy Taravella on drums, as well as other featured musicians on horns and backup vocals.

The title track is just a tease of what’s to come for the rest of the album. With solid lyrics and a funky groove, the listener can’t help but want to hear more. It only gets better with the next track, “Fight Club,” a truly funky and soulful tune that features insane solos on saxophone and Hammond B3.

The preceding song, “Crazy Days,” is just one of many ’50s –esque ballads on the album. In this old school sounding love song, along with “Keep Love In Mind,” Bubien reveals a softer, more vulnerable side.

The album ends on an almost entirely different feel with the song “Sniper.” It’s sounds like Bubien is taking the listener back in time to the beginning of blues, telling an unsettling story.

Bubien’s skills as a songwriter and musician are undeniable. The album is out now. Be sure to check it out!