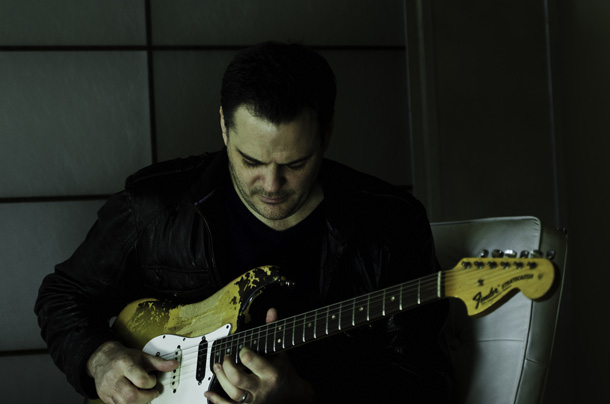 Wilson T King is quickly becoming a force to be reckoned with in modern day blues rock. October saw the release of his second album, The Last of the Analogues, which has been praised for its fresh approach to the blues.  We got the lowdown from King on the new album, as well as his thoughts on modern blues rock.

Your sound is a bit different from most blues and rock acts today. What influenced your sound?

Although a complete Blues Head, I spent a large time in the mid 90s to the late mid 2000s song writing and producing in the alternative rock and indie scenes. Records like The Bends, Achtung Baby, Superunknown, and OK Computer were a huge influence, and the Wilson T King sound is definitely my subconscious bringing those influences to the blues. As for guitar players, obviously Hendrix is my biggest influence along with Albert King, Dave Gilmour, Duane Allman, Buddy Guy and Jeff Beck. As for non-blues players, I love the Edge on Achtung Baby, Pop and the 80s stuff, Kim Thayil from Soundgarden, Jonny Greenwood from Radiohead and Pete Townshend.

You’re known as someone pushing the envelope of what modern blues rock is. Are there other artists that you feel are pushing the boundaries of the genre?

To be honest, most of what I hear is dull, predictable and karaoke in nature. To me, the blues is a future music, not something that should be determined by conservative rules and structure, and certainly not by blues Nazis who can’t even play or form a note. We all know the big new guitar names and to me they are void of originality and artistic substance, most can’t write their way out of a paper bag.

Where do see the future of the genre going? Do you feel artists like The Black Keys and Gary Clark Jr. are helping to turn more people onto this type of music?

Both of those artists along with Jack White and the late Chris Whitley have brought a new spin to the blues, which helps keep the genre fresh. The Black Keys, Jack White and Gary Clark Jr. all have a radio feel about them, which is a hard thing to pull off coming from the blues idiom, my vibe is definitely far darker and heavier in intent.

How did you decide on the name, The Last of the Analogues for the new album title?

It comes from my concern over the way we are sleep walking into a digital dystopia. The Kursweli idea that we must marry with technology to “progress” is something that is very close on the horizon and I do feel we are probably the last generations of truly analogue humans. It’s also an analogy for the way music has split into that which is completely reliant on digital manipulation and that which retains the essence of the human spirit and performance.

This being your second album and the follow up to Follow Your First Mind, did your approach from recording the first album to this one change at all?

The first album was an experiment to find new spaces within which the blues and guitar could breath. The critical success of that record encouraged me to exploit my songwriting and production skills learned from my previous alternative/indie career. The record is subsequently wide screen with a lot of depth, huge tones and a heavy dose of melancholia.

Do you have any goals for The Last of the Analogues or a message you wanted to send to people with this album?

I want people to see that the blues and guitar are alive and relevant. Although it’s dominated by karaoke, Kkynet, Agent Smith type clones banging out Gary Moore/SRV rip off music, there are artists with original ideas out there pushing the music forward.

Is there a plan to tour the The Last of the Analogues soon?

Hopefully we will announce some support tours in the next few months. My ears took one hell of a beating during my twenties through mid thirties, so I’m trying to avoid the small club type environment as I play with my Marshalls cranked to the universe! 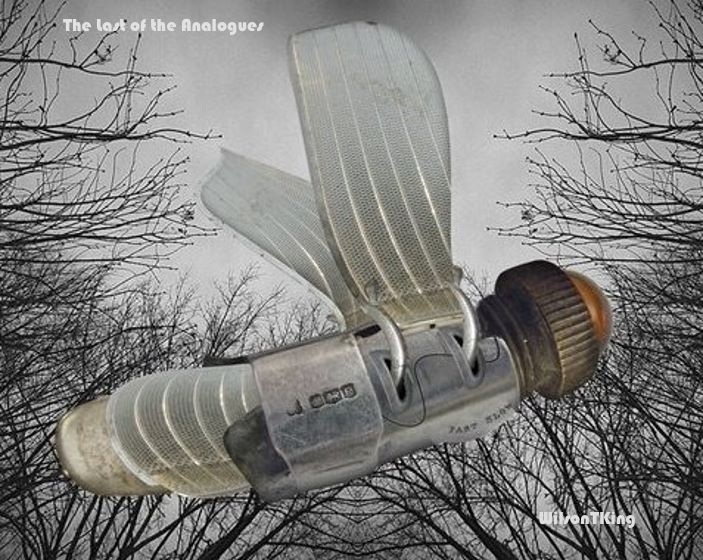