One of the highlights of the tour has been our show in Newcastle at the Cluny. The WT Feaster Band has a real following in this town and they packed the club. This is a highly regarded venue that has an amazing amount of talent coming through. It’s always fun to play these type of venues.

Looking at the calendars is always an experience. At the recent gig in Scotland at Kinross I noticed they had Ian Hunter and Mick Taylor in the coming months. Those guys are legends! Newcastle has been kind to the Billy Walton Band as well.

On Saturday, November 10 we moved on to Hartlepool. One of the things that you encounter here in the UK are the “blues clubs.” Most of these clubs will have more than just blues bands. They organized a monthly, or weekly gig, and bring in touring bands in the blues/rock community. Sometimes the venue is a social club, or a football club. Either way, it gives communities that don’t have big venues the opportunity to see real talent. We did another blues club show in Newton Le Willows the next night. The True Blues Club has been up and running for over a year and think they’ve got a shot to make a nice long run. It’s relatively close to Liverpool. Unfortunately, we didn’t have time to make it into town this tour. On November 12, we had a fun gig at the Greystonestones in Sheffield. The people who ran the legendary venue The Boardwalk moved to the Greystones after they lost their lease. Much like CBGB’s in NYC, legendary rooms in the UK are getting ousted for retail stores. 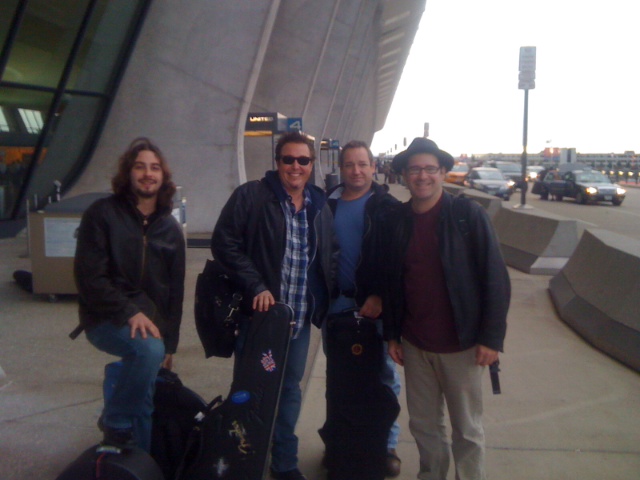