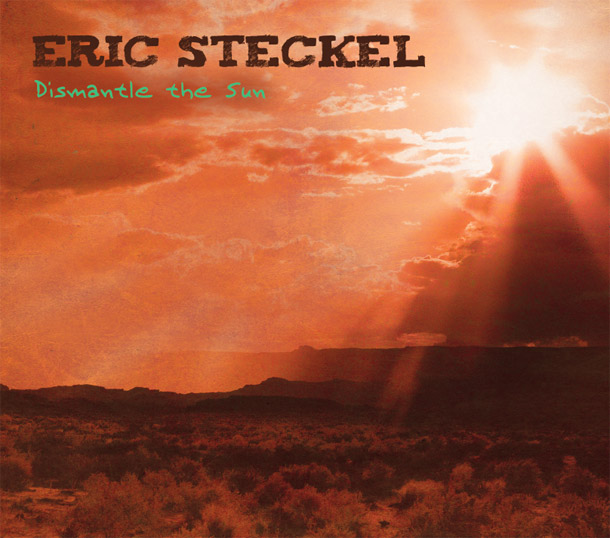 Eric Steckel is not new to the performing game; he’s been at it since his first live show at the age of 10. Sure, he’s still one of the younger names in blues rock, but he’s certainly hard to ignore. He’s built a strong fan base and played with some big names in rock, all the while delivering a steady stream of high-quality jams. Now, a decade after that first show and with several albums under his belt, Steckel is back for another go.

On Dismantle the Sun, Steckel’s songs range from a majority of unabashed vocal-pelting, foot-stomping manifestos to a couple of more low-key tracks marked by evocative feelings of meaning and consequence. All throughout, Steckel’s nuanced vocals and expert lead fretwork form a substantial backbone to the record, providing a strong foundation for additional layering with other instruments, namely piano as well as the heavy use of some seriously funky organ throughout most of the album. The mold is somewhat broken by “Last Night” (my favorite song on the album), which takes a more subdued, melodic approach before bursting forth into swirling, sweeping anthemic guitar leads in its third act. Afterwards, Steckel mostly gets back to his typical fare, but that’s just fine because it’s great stuff.

Dismantle the Sun isn’t a particularly daring album, and doesn’t stray from its formula too much, but it excels at what it does. Nearly everything to be heard here is executed flawlessly, and is reminiscent of the kind of quality that many artists much older than Steckel only achieve in their later years. The performance is tight, energetic, and focused. The subject matter is relevant and compelling. The pacing and storytelling constantly pique the listener’s interest. It really is a hard album to dislike in general, and with such a unique, sonically fantastic track like “Last Night” right in the middle, this is a package you should not pass up.