While they try to avoid the comparisons to Led Zeppelin, referring to them as “rock gods,” the comparison is totally valid especially on the track “New Age” which is a stylistic nod to Zep’s “Black Dog.” You can even make a connection with another seminal 70s standout – Jethro Tull. “Sold My Soul” combines a great riff and some cool organ playing; but it gets exceptional when singer, guitarist, and songwriter Daniel Nathan adds another item to that list and breaks out some seriously wicked flute skills. The solo is great and unfortunately the only time they use it on the album. Now you have another answer besides Jethro Tull when someone asks you about the use of a flute in a rock song. “Red Stone” is a melodic song heavily influenced by the Seattle scene of the 90s and has a great piercing guitar solo.

“Cross Eyed Snake” fades out in the middle of a solo leaving you wondering how great this track would be live in an extended jam. The album closes out with the instrumental “Bottle Grease.” A solo slide guitar riff forms the basis as the rest of band slowly joins in eventually turning it into a driving rhythm that pushes it all the way to the end.

Well Informed Citizens is a solid debut that mixes that classic rock vibe with just enough the blues influence to hook you in. It leaves you wishing there were more than eight tracks and waiting for their next release. 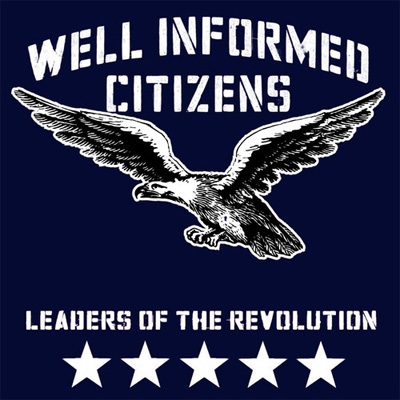