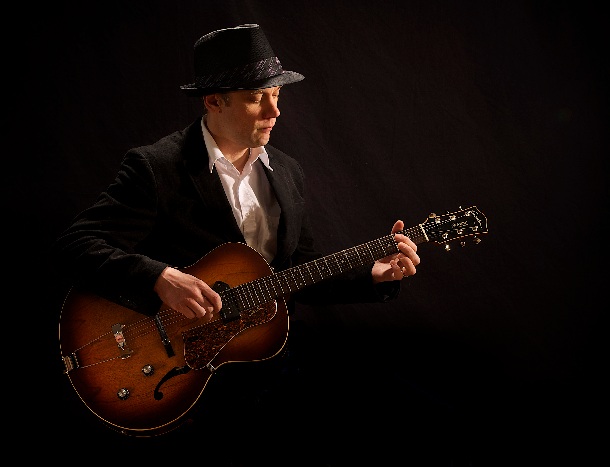 Canadian musician Tim Bastmeyer released his self-titled follow up to 2009’s Graveyard last year. Having started his career more than 25 years ago, Bastmeyer brought a wealth of experience and technique to his latest project, his skill evident in the cohesiveness of his sound and the album as a whole. In addition to his talent as a guitarist, Bastmeyer is currently a music teacher in Ontario.

Bastmeyer’s greatest strength on this album is when he lets an instrument take a solo part. His instrumental sound is clean and seamless, each instrument playing its part when they perform as an ensemble. This results in a tight finished product, showcasing the expertise of the musicians. His sound is classic blues with meandering bass lines, flashy guitar and jazz piano licks and a lazy drawl for the vocals.

There is a marked contrast between the instrumental sound and the vocal quality, but it creates a unique edge to the sound that differentiates Bastmeyer from the classic blues greats of years past. Bastmeyer’s voice carries a distinctly modern flare. While the solos in the guitar and piano lines are clear and precise, the vocals are a bit rougher and almost nasal.

However, it is clear that the vocals are not supposed to be the focal point on the album. Instead, they serve as more of an accent in order to provide a forum for the instrumentalist to shine. Of particular note is “Going Down,” which opens with a fantastic piano solo. Easily the most entertaining piece on Bastmeyer’s album, the piano fluctuates between classical and jazz before segueing into a toe-tapper with the keys laying the baseline for guitar and voice.

The second track on the album, “Rescue You,” is another must-listen. The album as a whole is a solid effort and truly demonstrates experience. The only drawback is that the sound is so structured that after a while, it does become familiar. This is a really great blues album that highlights the best parts of a classic sound while putting a unique spin on it, which is rare to find. Bastmeyer has a successful project on his hands.