The Grave Dolls are a blues-rock ensemble based out of Pontevedra, Spain, who still managed to embrace the soulful roots of American blues music.  Formed in early 2011, The Grave Dolls recorded a four song EP in October after a summer of working together.  The EP, recorded live save for a few solos and vocals on two of the tracks “Surrender to Me” and “Mistreated Blues.”  While the group counts rock gods Cream and Aerosmith among their influences, their sound is much more akin to a heavy garage rock with a near-metal sounding vocal style.

For The Grave Dolls, the blues spirit truly lives in the guitar.  Alex Marban plays on very traditional solos and chord progressions, which gives the otherwise rock band their blues notes.  It’s clear that the album has been recorded live, because it has a rough, unpolished quality to its sound—albeit not in a negative sense.  The raw property of the sound is representative of The Grave Dolls’ style on the whole.  Luis “The Hurricane” Otero is the vocalist, and with his gravelly and gruff voice, he nearly sounds like the singer for a metal band at times.  This is an attribute that is not necessarily pleasing to the ear, such as on “Mistreated Blues,” when he sings over Marban’s guitar solo and Luis Electric’s meandering bass line.  Occasionally the vocals are a decent accompaniment, but in “Mistreated Blues,” they merely blare over the more impressive instrumentalists.

Perhaps the most impressive in The Grave Dolls’ lineup is the bassist.  His sound is nimble, quick, and creative, particularly in comparison to the otherwise fairly standard tropes of a garage-blues band.  There is talent there, to be sure, but nothing that really stands out aside from Electric.  Given that the band has only been together a short time, perhaps their future efforts will document their growth in the field. Not a bad few songs to listen to, but nothing that will stick with a listener, either.

Surrender To Me by The Grave Dolls 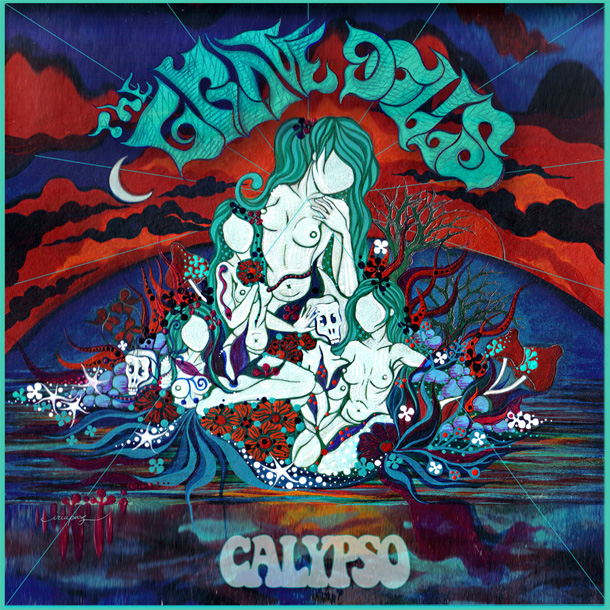 One thought on “The Grave Dolls EP Review”