Just My Luck, the latest album from the Terry Quiett Band, is an album that proves that music is just as much about feeling and expression as it is technique and ability. While Quiett is obviously a very good musician from a technical standpoint (which is proven by his unbelievable vocals on “Close to You” and gutsy guitar solos on “Satisfied” and “Getting Through to Me”), most of the album is very simple, but it is also extremely genuine and heartfelt.

The first thing that stands out about this album is that the band really does sound like a band. They play together and they listen to each other; nobody in the band overplays. There is great interplay between the musicians that creates a very human, identifiable quality that draws the listener into the music and doesn’t let him go until the last note of the closing ballad (“Close to You”) has died. Basically, the album sounds like a set that you might hear at a smoky blues club, a sound that is hard to capture on a recording. Yet everything that you would hear or feel at this club – the dirt, the grime, the sound of fingers scratching the strings of a guitar, the singer humming his guitar lines as he plays them – is captured perfectly on the recording.

This album isn’t perfect, but then again, it isn’t supposed to be. What it is though is human, genuine and heartfelt. That being said, it contains everything you could want in a set: beautiful ballads, Texas style shuffles, swing blues tunes, a little bit of jazz, a little bit of gospel, and even a tune where Quiett is accompanied only by acoustic guitar (“Judgement Day”). Quiett is a masterful singer and an excellent guitar player, but most of all he is a musician. He understands the power of emotion, the power of a band that knows each other and listens to each other. He understands the delicate balance between technique and emotion, and the result is, quite simply, a masterpiece.

Terry Quiett Band: A Night At The Orpheum Review 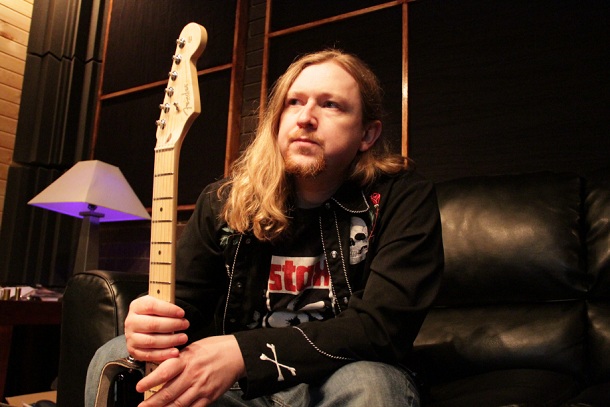