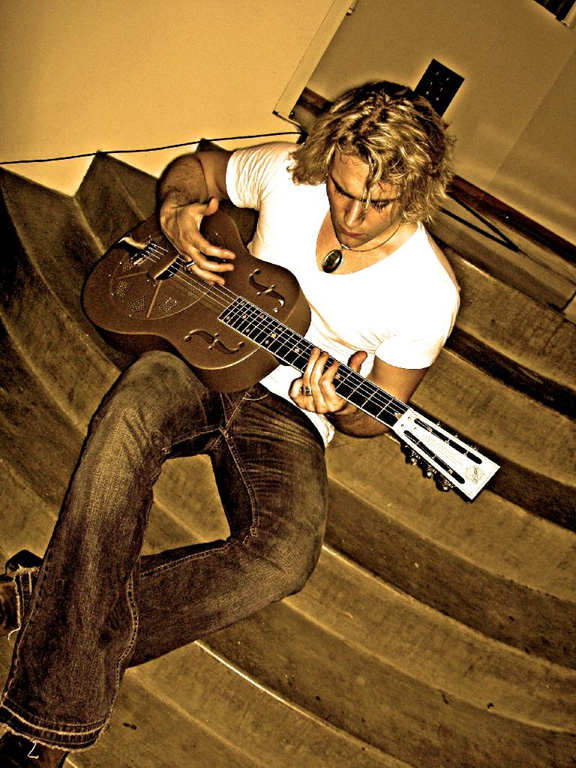 Philip Sayce has established himself as one of the top acts in blues rock with his passionate guitar playing, strong songwriting and vocal ability. Known for his energetic live performances, Sayce released a new album, Ruby Electric in July and just finished a tour of Europe. We had the chance to speak with Philip about Ruby Electric, when we can expect the next album, his role in a new film starring Matt Damon, and more.

You just got back from a tour in Europe promoting Ruby Electric, how did that go?

It was great. We had a great time. I’m still getting over the jet lag.

The new album was split as a half studio, half live album. Where did this idea come from?

Well you know what, I think it’s really a reflection as far as I’m concerned is to the fact there are no rules in the music industry anymore and I think that if you’re playing by the old rules, that’s exactly what they are, the old rules. In this new world music is kind of free if you know what I mean. It’s like people are just downloading, ripping music for free so I think that we gotta think about things that are happening in a different way and I don’t think you have to play by the old rules. And I think it’s kind of cool to have an album that’s half live, half studio, why not?

Of the new tracks on Ruby Electric, which is your favorite?

Oh man, um you know what, what would be my favorite? I mean I guess they’re both different lineups, it’s hard to say what’s my favorite. (Laughs) I would say out of the live stuff you know I felt pretty good about a lot of it because most of it is from one show. It was really exciting and a good experience. I think “Alchemy,” there’s a live version of a song called “Alchemy” that was actually recorded, something happened to me with a friend right before the show, the friend did something to me that didn’t feel that good so that was a very emotional performance of that song definitely coming from inside. Maybe “Alchemy.” From the studio stuff, I really like the “Daydream Tonight” version because there’s just some cool friends on there, my brother is on there, and Kenny Aronoff is playing drums like you’ve never heard before sort of doing his Ringo thing. He put towels on the drums. Fred Mandel is playing cool stuff so maybe that one.

What does your brother play?

He actually plays a lot of instruments. Yeah, my brother James has a band called Bishop Morocco. They have a new album coming out on Arts & Crafts later this year. He sings, plays bass, guitar, writes and performs with his band mate Jake Fairley (who is also a talented writer & multi instrumentalist), among other things. Check them out.

The single for Ruby Electric, “Let The Love In” features Melissa Etheridge. You were in her band for a while before launching your solo career. What’s one thing you’ve taken from your experience working with Melissa that you’ve applied to your own career?

That’s a great question. I think Melissa is such a phenomenal talent and such a master performer. I think being able to stand next to her on stage and just sort of watch the way that she, when she walks out on the stage it’s fucking show time you know what I mean? She walks out there and there is no question who is in control of that room. She is just, the way that she performs with complete abandon you know? She kind of gets out there and it comes from her gut. I think really singing and playing from your gut I got to watch her do. I think she comes from beyond a technical place you know that a lot of people think about what they’re going to sing or play and I don’t think she thinks about it. I think she just gets up there and says give me your pitch, and you do and she knocks it out of the park. (Laughs)

You’ve been in Nashville recently working on a new studio album, when can we expect that?

The plan right now is that it will come out in Europe in the new year. I think what we’d like to do on this release because we haven’t really been releasing stuff in North America, we’ve just been focusing on the European market is unify the release. I think that would be a fun thing, it will probably be the start of the new year, maybe March, something like that.

Is there anything you can tell us about the upcoming album?

We’re about halfway through it right now. It’s being produced by Dave Cobb, who is just a fantastic, super talented producer, and a good friend. A major gear nerd like myself, we’re both into a lot of vintage gear and looking for the tones, always into it. It was engineered by a guy name Vance Powell who’s a super talented engineer who came in and also mixed it as well. This guy Vance Powell does stuff for Jack White, he did Buddy Guy’s last record. These guys are all about we were talking about, not playing by the rules, just kind of doing whatever you wanna do. These guys are all about that, it’s like hey that’s redlining, or that’s distorting, or that’s cool lets do more of that! You know sometimes when you put a little extra sauce into things, if you’re making a gumbo, if you’re making a curry or something it’s like a happy accident. It’s important to kind of stay out of your own way sometimes. If you look back it’s like man we can’t use that it was too distorted or it’s too clean or whatever it is. At least we went for it and we can always make it better now. I think it’s all about experimenting and these guys are into it.

This year there have been a ton of great releases, especially within blues rock. Is there anything new you’ve really been enjoying lately?

Well you know I’m a fan of the Black Keys. It’s been nice to see them blow up. I think what they do is fantastic. I like Gary Clark Jr. I’ve been noticing that he’s been getting some nice attention and I think he’s really talented. I love what he’s been doing. You’re right there’s a lot of good music.

You’re based out of Los Angeles and do gigs there from time to time. Will there be a U.S. tour in the future?

I promise there will be. (Laughs) It’s the funniest thing, it’s so overdue it’s not even funny. I think we’ve received such a warm welcome in the UK and Europe that we really wanna water that garden so to speak. We really wanna do as much as we can there and really focus on that. By no means are we trying to neglect what is happening in North America, but the audience in Europe has been so wonderful to us so we’ve been really trying to spend as much time and energy there as we can, and I think also seeing that the market there has just a little more room for things that are not strictly flavor of the week music. And I’m born there, so it’s a little bit of a thing even though I live in America and I’m proud to be American. It’s long overdue and yes, we will be playing here and we will make it worth the wait I promise. We’re gonna come here with the flame throwers knowing. (Laughs)

You had a part in the upcoming Cameron Crowe movie, “We Bought a Zoo,” which stars Matt Damon and Scarlett Johansson. How did that come about and what was it like on the set?

We’re gonna see what’s going to happen with that. What happened was a really good friend of mine called me up and said, “Hey what are you doing tomorrow?” I said, “What’s going on?” He said, “Well listen I’m going to be in this movie, do you want to come and bring your guitars and amps and stuff and come play because they need a guy that can come and play.” And I am like “Sure that sounds cool!” So I went down to the set and I realized that it was a really big deal and then “oh there’s Matt Damon,” realizing that this was a pretty heavy movie. I rolled in with my amps and guitars, and we were there for I don’t know, two weeks or whatever and did a bunch of filming. I have no idea how much or how little they are going to use of it. You know when you make a film and stuff it’s like you can shoot for a month and they can cut the whole month. You just don’t know what’s going to happen in the editing so I haven’t seen any final edit, but I know that we shot a bunch of stuff. I just played myself walking through a field with my friend Mauricio. Mauricio is an excellent composer. We were walking through a field and also his friend who is the percussionist in the scene, so we were walking around and they filmed us playing for a couple days. It was fun, it was cool.

What’s next for you?

I’m going to keep working on this album that we’re finishing up. I have to deliver that obviously, then we’re going to find a home for it, and just keep working and getting the word out. The one thing I can say about it is it’s a step into a direction where I definitely am now. It’s not a repetition of anything that I’ve done in the past couple years. I think it’s a little bit, I don’t want to say heavier, but I guess I should say it’s a little heavier. I think the whole idea about music and I’m sure you feel the same way when you listen to music you want to have some feeling pulled out of you or if you’re creating music it’s a thing where its gotta be connected to where you are as a person in any particular moment and I think that this music that we’re recording is very honest and connected to where I am right now. My mission is to keep making music like that, but that’s what’s next. (Laughs) 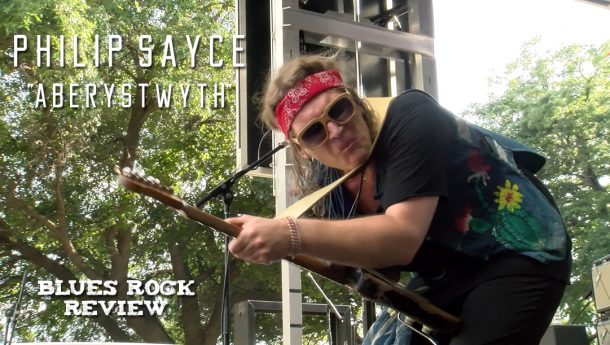 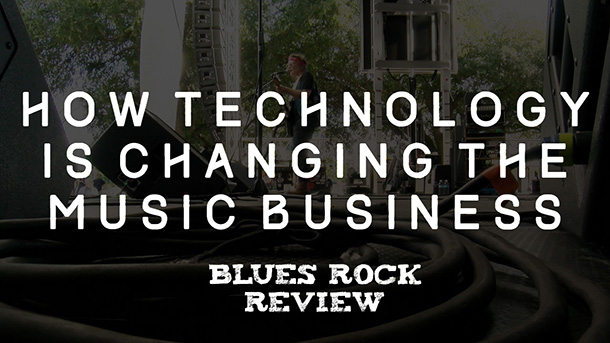 How Technology Is Changing The Music Business 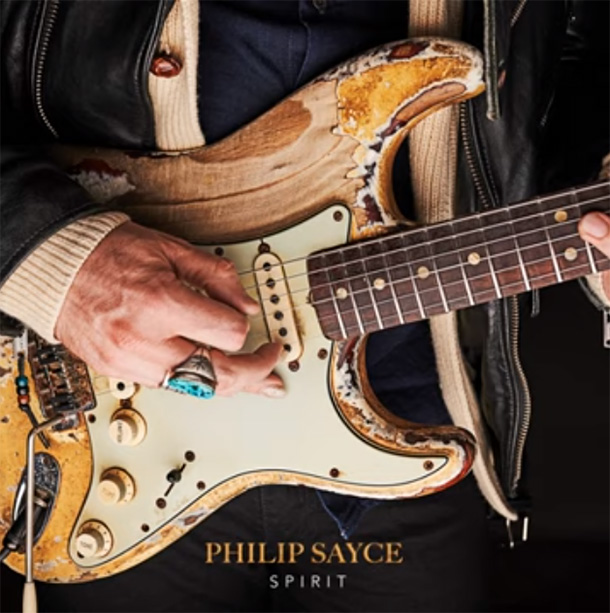 One thought on “Philip Sayce Interview”