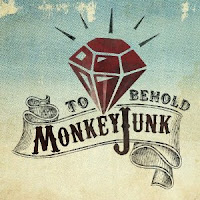 To Behold is the second album from Canadian blues band MonkeyJunk. The three piece band consists of Steve Marriner on lead vocals, harmonica, rhythm guitar, and keys, guitarist Tony D, and Matt Sobb on drums and percussion. MonkeyJunk made their debut in 2009 with the independent release Tiger In Your Tank. The album won the 2010 Blues Music Award for Best New Artist Debut. Having not heard MonkeyJunk before receiving To Behold, the album comes as one of the pleasant surprises of 2011.

To Behold starts off with “Mother’s Crying,” and heads into “You’re Gonna Change” by Hank Williams, two swampy tracks that give a good feel for what MonkeyJunk is all about. The band also incorporates elements of funk on To Behold with “Right Now,” which has a sound similar to Robert and Randolph and the Family Band. The band also brings a touch of soul to the table on “With These Hands” and “Running In The Rain.”

To Behold is a fantastic effort from a very underrated up and coming band. It is a diverse piece of music blending multiple styles of the blues from an extremely talented group of musicians. MonkeyJunk has delivered with one of the better albums of the year in a year of several great releases, and will definitely be a band to watch out for.

One thought on “MonkeyJunk: To Behold Review”